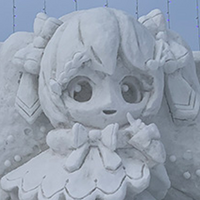 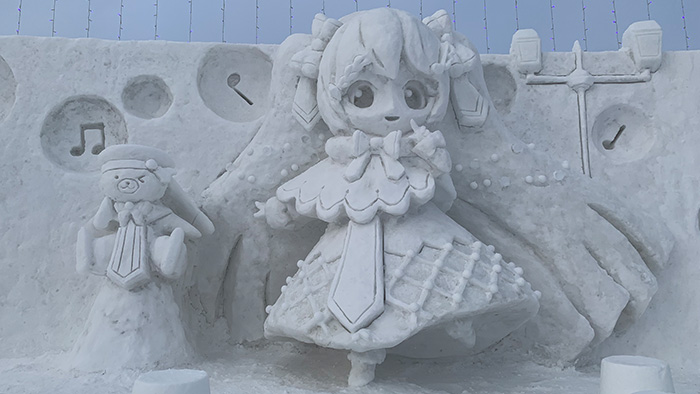 With most of the population of Japan under a State of Emergency, and it plain not being a great idea to hold a snow festival during a pandemic, Sapporo's snow festival was cancelled for the first time in 71 years. Instead of just not doing anything, the festival has moved online, with tutorials and sculptures that were made away from the Hokkaido capital.

The first of these sculptures was the Snow Hatsune Miku, a mainstay of the Sapporo Snow Festival, with the website for the event showing how the 2021 version, "Yuki Miku Glowing Snow Ver.", was made, alongside the finished product. A video was uploaded showing the illumination at night, and it looks beautiful!

One of the other celebrations of the snow festival is the uploading of historic footage from events past. The first two videos show a snow event from April 2020, and footage of the first few snow festivals from the 1950s! It's interesting to see how the festival has changed from a seemingly normal Japanese festival to the attraction it now is.