Magnitude 7.3 Earthquake Strikes off the Coast of North-Eastern Japan

No tsunami warnings have been declared 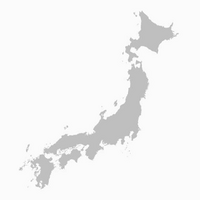 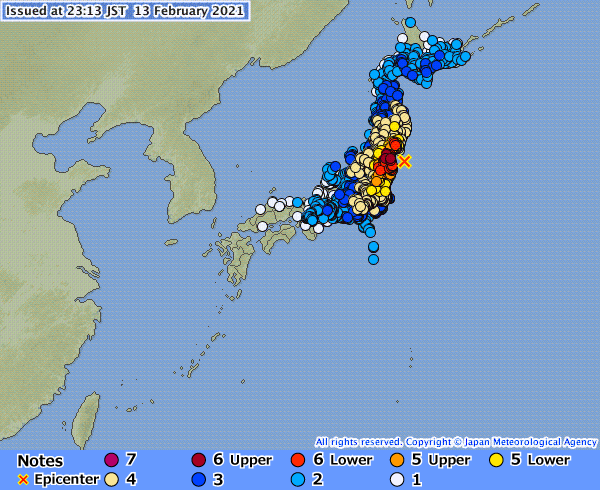 Image via The Japan Times

At 11:08 PM Japan Time on February 13, a 7.3 magnitude earthquake struck off the coast of Fukushima and Miyagi prefecture in north-east Japan with the earthquake being felt as far as Aichi prefecture in western Japan. The depth of the earthquake was 55km and no tsunami warnings have been issued by the Japanese Meteorology Agency at the time of writing. Aftershocks continue to shake the Tohoku and Kanto areas.

The maximum intensity of the earthquake felt in Fukushima prefecture was 6+ on the Japanese Shindo scale. Footage from a Miyagi TV station shows how extreme the shaking was, which lasted for several minutes.

The Prime Minister's office has established an emergency management room at the official residence to oversee the response from the Japanese government as well as assess all the information as it comes in. Due to the late hour and power outages affecting the Kanto and Tohoku region, which includes most of the main island of Honshu, it is taking some time to assess the damage–though first reports from Japanese media are saying that damage is minimal with only injuries being reported as of now.

The Japanese Meteorology Agency is warning residents to be prepared for more shaking over the next week. At this time, the organization is considering today's earthquake an aftershock of the 2011 Great East Japan Earthquake.

JR East is reporting that local trains in Miyagi prefecture have been stopped, as have most Shinkansen trains in the region and out of Tokyo around Japan due to power outages. Cars have been advised to stop on expressways in the regions affected as landslides have been reported.

Nearly a decade ago, the 2011 Great East Japan Earthquake struck off the coast of Fukushima prefecture–very close to where today's earthquake struck, though today's earthquake was much deeper. The 2011 earthquake and subsequent tsunami caused the meltdown of three reactors at Fukushima Dai-ichi and Dai-ni Nuclear Power Plant. TEPCO is undergoing inspections at the power plant to make sure no new damage has occurred, with the first reports saying they have not observed any abnormalities from the earthquake.

This is currently a breaking story, with more information to come...