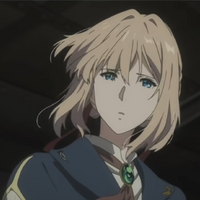 The winners of the 3rd annual Kyoto Digital Amusement Awards were revealed yesterday with the team at Kyoto Animation behind Violet Evergarden: The Movie winning the grand prize. The Kyoto Digital Amusement awards were started in 2018 by the Kyoto prefectural government to help reward young creative talent in Kyoto prefecture. The grand prize, which is dubbed the "Kyoto Governor's Award", is hand-chosen by the governor of the prefecture Takatoshi Nishiwaki.

Kyoto Animation won the grand prize for Violet Evergarden: The Movie, with the description of the award citing "the team's refined techniques and know-how..., such as the ability to express delicate and precise drawings, realistic and detailed color adjustments, and the creative use of composition to effectively convey the story and the feelings of the characters" as the reason for the win, as well as the production having been done entirely in Kyoto prefecture.

Other Kyoto intuitions, Ritsumeikan University and Kyoto University won the Interactive Game and Film, Video, and Animation Awards respectively. Ritsumeikan's win was for the use of "advanced technologies," such as eye-tracking devices, to study "a wide range of academic fields such as psychology" within a gameplay environment. Kyoto University's got the award for the 8 films that volunteers at the Department of Film planned, funded, produced, a distributed all by themselves since 2009.

The award ceremony for the third annual Kyoto Digital Amusement Awards will be held on March 12 both in-person and streamed live on the Kyoto Content Channel.