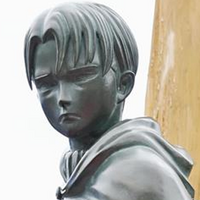 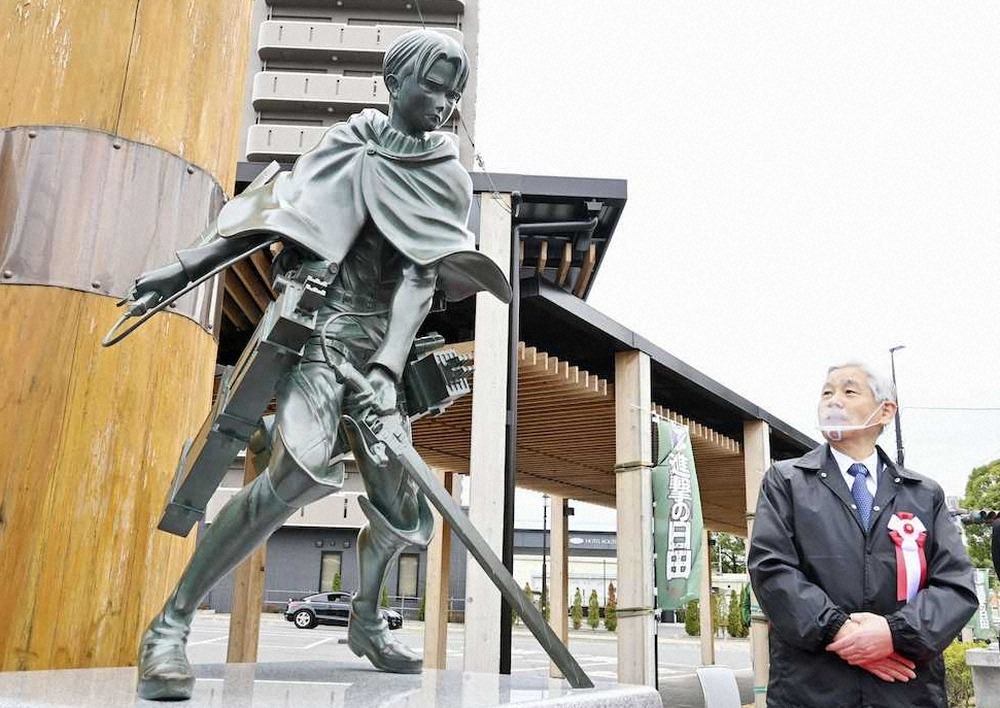 Levi joins Eren, Mikasa, and Armin in the hometown of Attack on Titan creator Hajime Isayama with his statue finally erected in front of JR Hita Station in Hita City, Oita prefecture. The statue was originally scheduled to go up last summer, but due to COVID concerns, was delayed to early 2021, finally going up on March 6.

The design of the statue was based on an original drawing from Isayama, who said this about the unveiling: "He's the most popular character who has helped sustain Attack on Titan for all these years; I owe him a huge debt of gratitude. I hope he's pleased."

The other three statues look up to Oyama Dam in a way reminiscent of the first chapter from the popular Attack on Titan manga series, meanwhile, Levi leads the defense from the train station, an entrance to the city. Funds raised by local volunteers helped get these statues placed around the town. 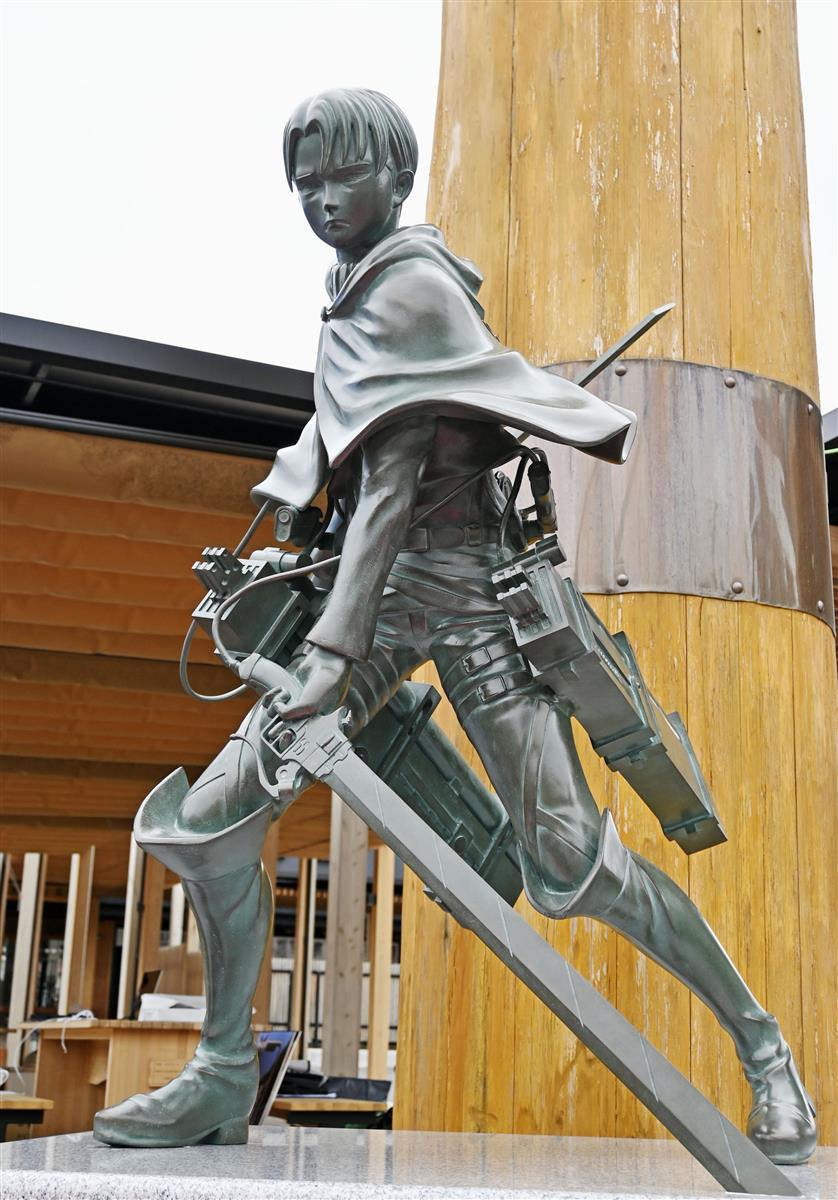 Attack on Titan Final Season is currently streaming on Crunchyroll as it airs weekly in Japan.