Runners up include Violet Evergarden: The Movie, Poupelle of Chimney Town 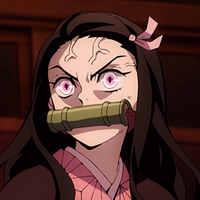 The 44th Japan Academy Awards were held tonight at the Grand Prince Hotel Takanawa in Tokyo, announcing the best works from Japanese (and international) films from 2020–even if there weren't as many as usual. Among the awards given out was the Japan Academy Film Prize for Animation of the Year, one of the most coveted awards of the year.

The 2020 award for Japan Academy Film Prize for Animation of the Year went to Demon Slayer -Kimetsu no Yaiba- The Movie: Mugen Train, which has become the biggest Japanese film of all-time both domestically, and soon-to-be internationally. Aniplex representative director Atsuhiro Iwakami collected the award at the ceremony, expressing his "heartfelt gratitude to the anime staff and everyone who brought the characters to life."

This makes Demon Slayer: Mugen Train the first franchise anime film to win the award, and the first anime that was adapted from a Weekly Shonen Jump property. Usually, franchise films, such as Evangelion, K-ON!, and One Piece have only been nominated and won the runner-up Excellent Animation of the Year.

The winners of the Excellent Animation of the Year for 2020 were Violet Evergarden: The Movie, Poupelle of Chimney Town, Josee, The Tiger and The Fish, and Stand By Me Doraemon 2, which saw its previous film win the main award in 2015.

Demon Slayer -Kimetsu no Yaiba- The Movie: Mugen Train opened in Japanese cinemas on October 16 and had the best opening weekend in Japanese cinema history, becoming the highest-grossing film in Japanese theaters ever, and currently the second highest-grossing anime film and Japanese film worldwide. You can read our review of the film here. In North America, Mugen Train is scheduled to make its stop on April 23 both dubbed and subbed, with a digital release of the film on June 22.