Go on an Onsen Adventure During Golden Kamuy's Latest Collaboration 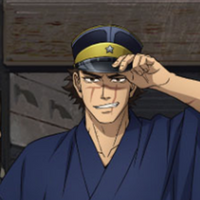 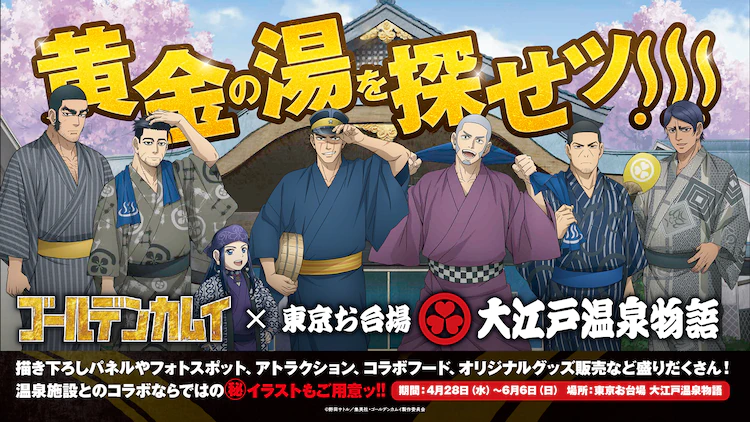 Next month marks three years since the premiere of the Golden Kamuy anime, and the series has some fun activities and surprises in store. Top of the list? An onsen adventure!

The series is teaming up with Oedo-Onsen Monogatari, a Tokyo-based hot springs theme park, for an event titled Find the Golden Hot Spring!!! Special panels, photo spots, and more will be posted around the area, and collaboration food items and goods will be available. Plus, you can look forward to new illustrations like the ones above. 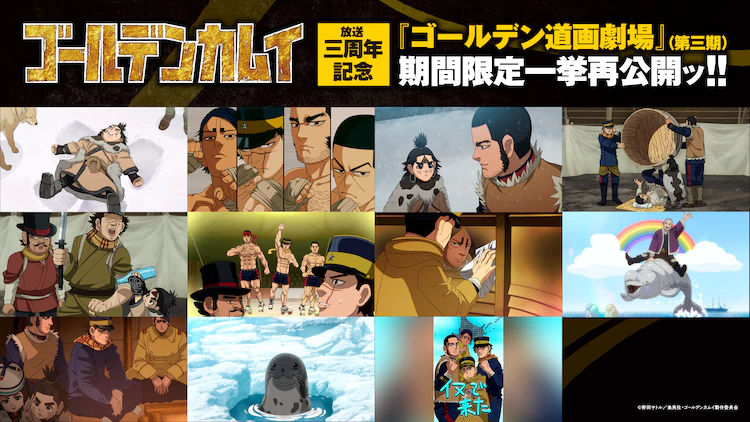 If you can't make it to the park, there are still plenty of cool Golden Kamuy things going on. Various Japanese streaming services will be releasing episodes with cast commentary starting today, and the third season of omake series Golden Kamuy Douga Theater will get a limited-time re-release on YouTube. 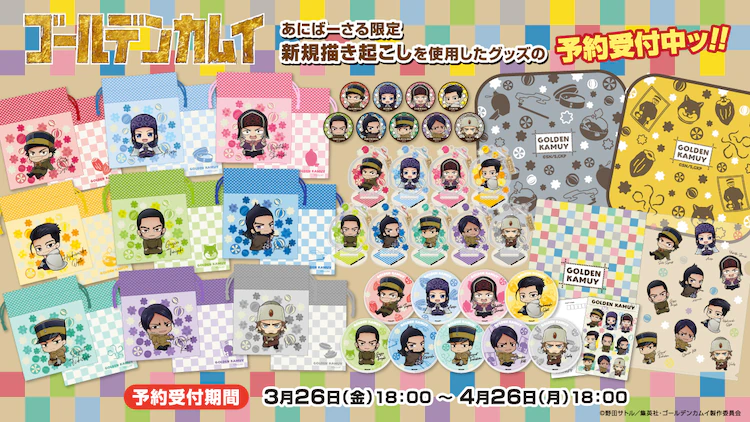 Japan's NBC Universal Store has launched a line of surprisingly cute new Golden Kamuy goods, with pastel colors and konpeito candy imagery. Finally, there will be a "Thank You" sale on Amazon.jp, where you can pick up series Blu-rays for 39% off ("39" being readable in Japanese as san-kyuu).