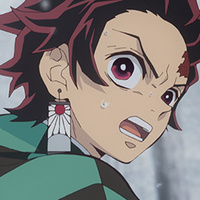 UPDATED: The official Demon Slayer English Twitter account revealed official numbers for the film from the weekend in North America. The post has been reflected with those updated numbers.

On Demon Slayer -Kimetsu no Yaiba- The Movie: Mugen Train’s 192nd day at the Japanese box office, and the 3rd day of its North American run, Mugen Train finally overtook Studio Ghibli’s Spirited Away to become the highest-grossing anime film worldwide at 47.89 billion yen (US$442.81 million). Thanks to the best opening weekend for an anime film this century in North America, as well as continuing its outstanding run in South Korea over the last week, the Ufotable-produced film was pushed to highs everyone thought unbelievable for a late-night anime series.

In Japan, Demon Slayer: Mugen Train had one of its smallest weeks since the run began over six months ago, only bringing in 80 million yen (US$740,171) for a total box office revenue of 39.78 billion yen (US$365.6 million). Mugen Train had been bringing in a steady 100 to 200 million yen over the past few months at the Japanese box office, but this decrease, and the fact most of Japan’s metropolitan areas have gone into a new State of Emergency, closing a majority of cinemas across the country, could mean it’ll be a while until Mugen Train hits the milestone of 40 billion yen (US$370 million), which would be a first for any film in Japan.

But that hasn’t stopped Demon Slayer: Mugen Train from bringing in money from overseas: As of April 25, Mugen Train has brought in $442.81 million (47.89 billion yen) at the worldwide box office. This means that in Japanese yen, Mugen Train has finally overtaken Spirited Away to be the highest-grossing anime film worldwide. Spirited Away is now number two at 47.03 billion yen (US$395,580,000), with Your Name at third with 41.43 billion yen (US$380,140,500). Unlike the dollar, the Japanese yen has remained steady over the last 20 years, only seeing inflation of 2.15% since Spirited Away first released, making a perfect indicator of which film is number one.

Getting to that number one spot is mostly thanks to the great opening weekend last weekend in North America, which saw Mugen Train bring in over US$21 million, as well as another great week in South Korea, which saw the film stay at number two and bring in US$819,791 for a total of US$15,803,300 on the back of 1,822,478 tickets sold in the region. Worldwide, Oricon confirmed Demon Slayer has sold 36.9 million tickets.

Demon Slayer: Mugen Train has only one more feasible record to break before the film has pushed itself to its limits: the highest-grossing film of 2020. Currently, Mugen Train sits at second on the chart, overtaking the Chinese film My People, My Homeland at third, and just under another Chinese film The Eight Hundred in first place.

It is already the first time in box office history that a non-Hollywood film has been number one on the worldwide box office chart (mainly due to the coronavirus pandemic closing US cinemas, delaying most Hollywood films), Demon Slayer only needs US$21 million to become the highest-grossing film of 2020, a feat never held by a Japanese film ever, let alone an anime film based on a manga series that ran in Weekly Shonen Jump.   From estimations in the North American box office and what’s left in the Japanese theatrical run (if the State of Emergency isn’t extended further), Demon Slayer should make that before the Japanese home release.