2nd Character Poll for Chainsaw Man Has Over 620,000 People Choosing Their Favorite Character

The 2nd character poll released its final numbers, announcing who is number 1 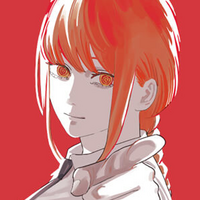 Tatsuki Fujimoto's Chainsaw Man manga series is something special, connecting with fans all over the world in a way only Chainsaw Man can. One of the most special aspects of the series is its lovable band of misfit characters. In March, Weekly Shonen Jump ran the series' second character poll, letting fans pick between all the characters seems in the series (and we mean ALL the characters and more) to find their favorite.

620,045 fans voted and yesterday the Weekly Shonen Jump website announced the results of the poll, informing Chainsaw Man fans all around the world who is "official" the best character in the series.

And finally, the top 10 favorite characters from the second official character poll:

The first part of Chainsaw Man finished in Weekly Shonen Jump on December 14 alongside an announcement of a second part that will be published on the digital Shonen Jump+ service and a TV anime series that will produced at MAPPA (who came in 158th in the poll from 14 votes!). The English version was simulpubbed on Viz Media’s Shonen Jump app, who are also releasing physical volumes of the series. Viz describes the first volume as such: