The celebrations were scheduled for May 10 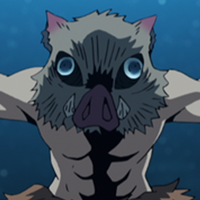 The official Twitter account for the Demon Slayer: Kimetsu no Yaiba anime franchise released a statement earlier today that revealed that there were plans for a new theatrical gift were in motion to celebrate the birthday of the main Hashira from the Mugen Train film, Rengoku, but those plans have been postponed due to the current State of Emergency in Japan to combat the coronavirus, which sees cinemas in Japan's most metropolitan areas closed.

The gift was going to be a set of A5 cards featuring Rengoku drawn by anime studio Ufotable to celebrate his birthday and were scheduled to begin distributions in theaters across Japan on May 10, which is the date of Rengoku's birth. No preview of these cards has been shown, nor has a new distribution date set for them. With the governors of Hyogo, Osaka, Kyoto, and Tokyo requesting an extension to the State of Emergency (which is currently scheduled to end on May 11), it's doubtful cinemas in these areas will be opening any time soon.

Demon Slayer: The Hinokami Chronicles Video Game Slashes Its Way in English in 2021