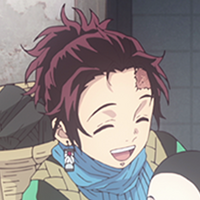 Just as Golden Week ends, the box office receipts come pouring in, and as theorized two days ago, as of its 202nd day in Japanese theaters Demon Slayer -Kimetsu no Yaiba- The Movie: Mugen Train has become the first Japanese film to ever pass 50 billion yen at the worldwide box office. Mugen Train had already passed Spirited Away as the highest-grossing Japanese film of all time, so it was only a matter of when Mugen Train would break this historic barrier.

The official Japanese box office figures for Demon Slayer: Mugen Train were released today, revealing that since our last check-in on April 26, Mugen Train has increased its box office takings in Japan by 100 million for a total of 39.88 billion yen ($366.7 million) on the back of 28.87 million tickets sold. While in the previous week prior the film only brought in 80 million yen, this new figure is from the last 10 days, rather than the usual 7, meaning Mugen Train likely only made as much as it did the week prior.

Fans of Demon Slayer were hoping to get Mugen Train to 40 billion yen in Japan before Rengoku's birthday on May 10, but since the cancellation of his birthday celebrations and the continuing State of Emergency in most metropolitan regions in Japan closing cinemas, it will be difficult, but not impossible, for that to happen in just 4 days.

Though a vast majority of Demon Slayer: Mugen Train's box office has been from Japan, internationally regions have been doing well for the film (as they re-open after COVID restrictions lift). North America is the second-largest box office for the film and the largest outside of Japan, with US$34 million as of its second weekend in theaters, Taiwan comes in second with US$22.47 million, and finally South Korea in third place internationally at US$16.48 million, for a total worldwide box office gross of US$458.59 million (50.15 billion yen).