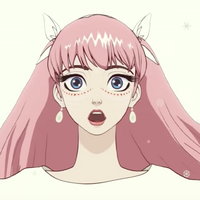 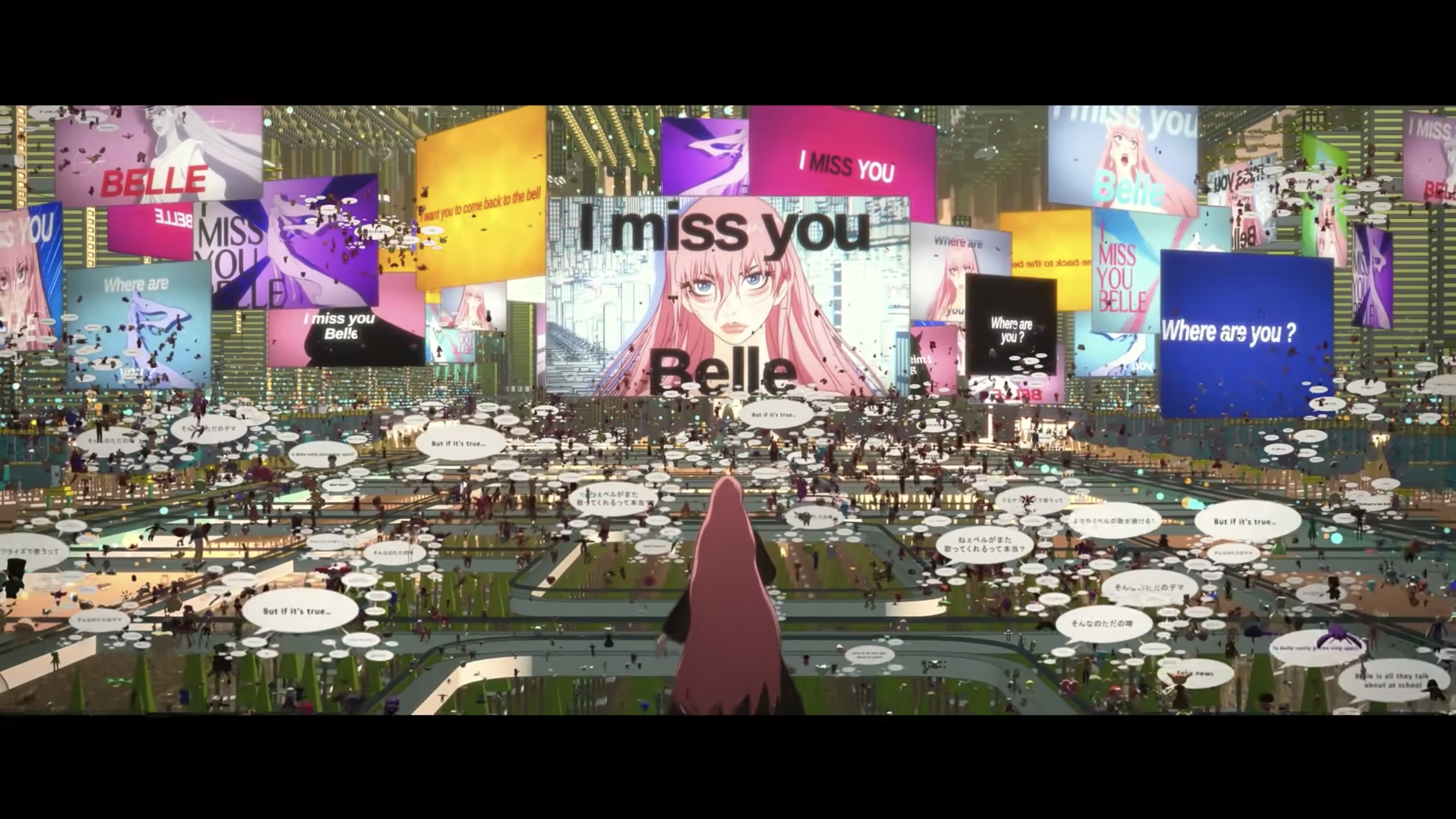 The official website for BELLE, the upcoming new film from director Mamoru Hosoda, announced four new cats members today alongside their voice actors. A special chart was also released showing off the connection between the new characters and the lead character Suzu, who is known as Belle in the virtual world of U.

The newly announced cast (the cast list under the image goes left to right, with the top row first): 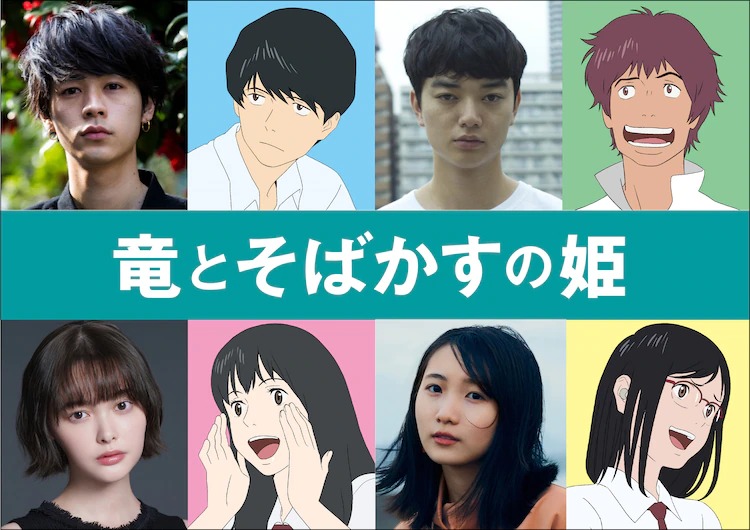 The relationship chart between the newly announced characters, Suzu/Belle, and the "mysterious dragon-shaped creature." 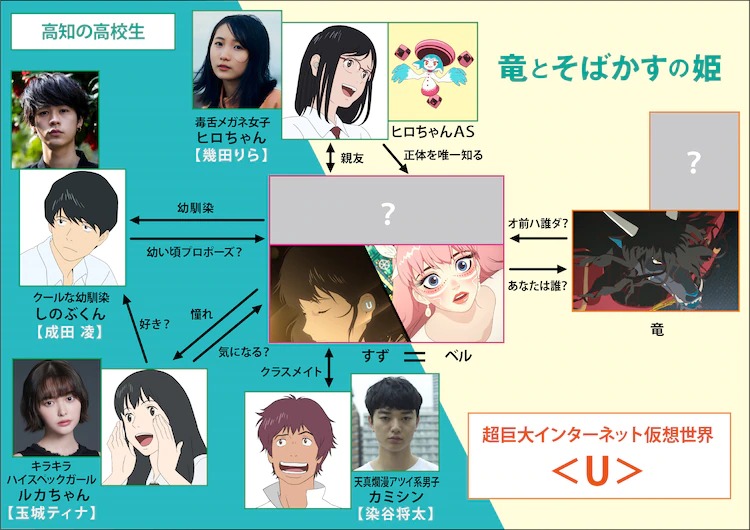 BELLE is the story of Suzu, a teenage girl who loses her ability to sing after the death of her mother. But in the virtual world of U, as her avatar Belle, she's still able to sing. Just as her fame starts to grow within this virtual world, she meets "a mysterious dragon-shaped creature."

BELLE is scheduled to be released in cinemas in Japan in July 2021, no International date has been announced at this stage.