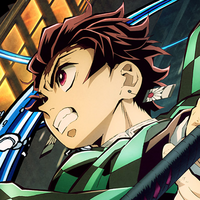 Despite Demon Slayer’s home country continuing to shut down theaters until at least the end of the month, meaning that Rengoku got a very subdued birthday on May 10, the rest of the world–especially the United States–continue to give Demon Slayer -Kimetsu no Yaiba- The Movie: Mugen Train an unprecedented showing across the globe.

In Japan, as of May 9, Demon Slayer: Mugen Train has brought in 39.92 billion yen (US$366.7 million) on the back of 28.9 million tickets sold, adding another 40 million yen (US$367,922) since last Wednesday. This is the lowest reported number of box office takings since the film began, though only represents four days during a State of Emergency that sees most theaters closed in the country’s most profitable cinemas.

Fans of the series were hoping to see Mugen Train reach 40 billion yen by the time Rengoku’s birthday came about, as did Aniplex, who was planning a special distribution to celebrate the Hashira’s birth. But the State of Emergency got both the milestone and celebrates delayed. They’ll both happen, but it’ll just take some time.

In the United States, Demon Slayer: Mugen Train is shaping up to as well as it can in COVID-times. According to the US box office tracking site The Numbers, Mugen Train, which is in its third week in US cinemas, came in second over the last weekend behind the newly released Wrath of Man, with the Ufotable-produced film bringing in US$3.05 million for a three-week total of US$39.60 million.

Around the world, Demon Slayer: Mugen Train has brought in US$465.46 million (51.5 billion yen) at the box office. This means the film may have taken the top spot of the highest-grossing film of 2020 released films from the Chinese film The Eight Hundred, but some websites are reporting the film to have brought in US$460 million, such as the Golden Globes, while others, like Forbes, estimating the box office gross much higher at US$472 million. So at this time, it’s hard to call that record yet, but that record will be Demon Slayer’s soon.