Demon Slayer: Mugen Train Lays Down Historic Tracks to Become Highest-Grossing Film of 2020 as It Crosses 40 Billion Yen in Japan

No other Japanese films have ever reached these milestones 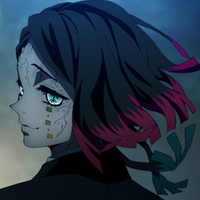 As Demon Slayer -Kimetsu no Yaiba- The Movie: Mugen Train continues its worldwide rollout this week, the anime film has overtaken Chinese film The Eight Hundred to become the highest-grossing film of 2020. In the film's domestic home, Mugen Train finally surpassed 40 billion yen at the Japanese box office, marking the first film ever to do so, continuing to certify it as a worldwide phenomenon.

Earlier today, Aniplex sent out a press release confirming that Demon Slayer: Mugen Train had grossed 40,016,942,050 yen (US$367.7 million) in Japan on the back of 28.96 million tickets sold. This is the first time a film in the Japanese market has grossed over 40 billion yen (and 35 billion yen, which Demon Slayer did a few months back). Over the past week, Mugen Train brought in around 47 million yen (US$431k), which is about the same as the week before.

This small jump in takings in Japan, as well as bringing in a respectable near US$2 million in North America over the last weekend (for a total of US$43,956,487, making it the second-highest-grossing anime film in the region behind Pokémon: The First Movie), and the newly reported box office earnings around the world have signaled that Demon Slayer: Mugen Train is the highest-grossing film of 2020. Demon Slayer’s worldwide gross of US$472,924,894 (52 billion yen) overtakes the highest reportable box office gross of Chinese film The Eight Hundred, which stands at US$472 million.

The historic feat means that Demon Slayer: Mugen Train is not only the first anime and Japanese film to top the worldwide box office charts for a year, but is the first non-Hollywood film to do so in modern times. While this feat should not be understated, if Demon Slayer wasn’t top The Eight Hundred would be, which would also be the first time a non-Hollywood film was the top of the list. The fact that the top three are not Hollywood-made films should also not be understated. Aniplex announced that ticket sales around the world have reached 41.35 million.

Though in a normal year without COVID-19, Demon Slayer: Mugen Train wouldn’t even be in the top 10. The last time a film grossed less than Demon Slayer and still made it on the top 10 worldwide box office chart was The Hangover in 2009.