The film has now topped an estimated US$481.15 million (52.9 billion yen) at the worldwide box office 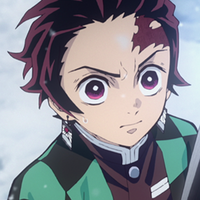 The Mugen Train has finally started slowing down in Japan, with Oricon reporting today that Demon Slayer -Kimetsu no Yaiba- The Movie: Mugen Train has dropped out of the top 10 for the first time since the film opened in October 2020, with Fate/Grand Order - Divine Realm of the Round Table: Camelot Paladin; Agateram taking the tenth place on the chart.

While full numbers from the last weekend for Demon Slayer won't be released for another few days due to being out of the top 10 in Japan, and it being Memorial Day weekend in the United States, it's estimated that the Ufotable-produced film has reached US$481.15 million (52.9 billion yen) at the worldwide box office as of May 30.

Demon Slayer: Mugen Train falling off the top 10 means its streak of 33 weeks in the box office charts is finally broken. For this century, Demon Slayer now holds the record for most consecutive weeks in the Japanese charts, and the second most consecutive weeks ever, only being beaten by Titanic's epic 40-week voyage in the late 1990s. It's a toss-up whether or not Demon Slayer will return to the charts if (or when) the postponed giveaways are finally distributed, but due to the Japanese government extending the current State of Emergency until at least June 20, which is after the release of the film on home video.