TMS Entertainment (Lupin the Third, Detective Conan) is also participating in the project 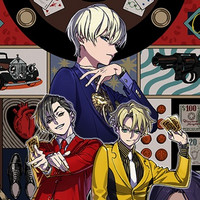 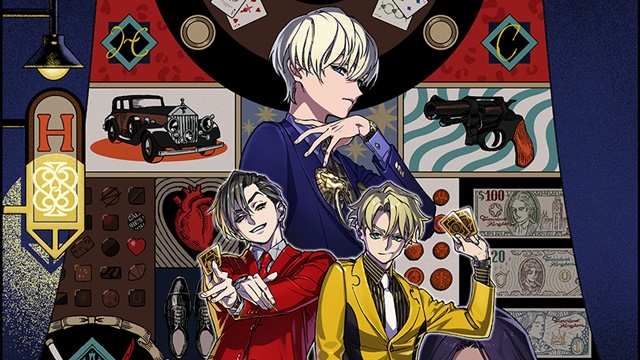 Together with TMS Entertainment and Sammy, KADOKAWA has launched a new mixed-media project HIGH CARD. Based on the motif of poker, the project plans to develop various media, such as anime, comicalization, and novelization, as well as the cooperation with Summy's new entertainment service "m" for Texas hold 'em, the most popular poker game in the world.

HIGH CARD in the title means a combination of five cards that play no role in poker, so-called "No Pair." The original story world of HIGH CARD is created by Homura Kawamoto, the story writer of the gambling-themed manga Kakegurui, Hikaru Muno, the author of the novelizations of Kakegurui, and TMS Entertainment, which has produced many masterpiece anime series such as Lupin The Third and Detective Conan.

A main visual drawn by the project's character designer Ebimo is revealed. She says, "I designed a lot of characters this time, and I'm sure you'll enjoy seeing the gorgeous costumes and accessories that appear. This main visual also includes a lot of the world view of HIGH CARD! The setting and story are full of elements that I personally love, so I'm looking forward to it as a fan. Please enjoy it!" 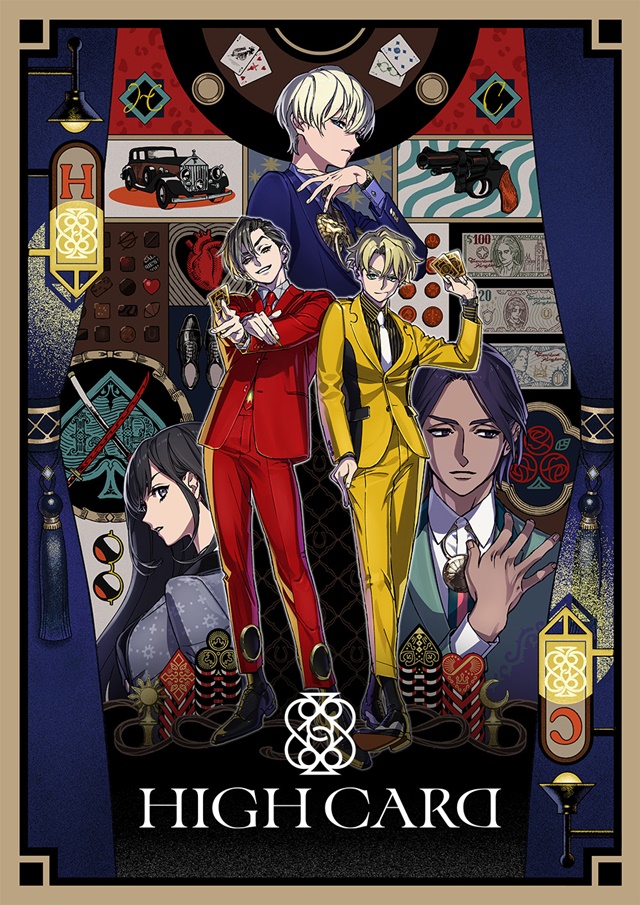