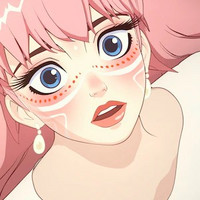 Following up on the third trailer for Mamoru Hosoda and Studio Chizu's BELLE, which revealed the Japanese release set for next month a couple of weeks ago, Los Angeles based distributor GKIDS has officially released the fourth trailer for the film with English subtitles, confirming a Winter 2021 theatrical release in North America, as well as the intention to put the film up for awards consideration in the forthcoming awards season with the theatrical release.

The film is notable for featuring singer-songwriter Kaho Nakamura, who has no previous connection to the anime industry and will make her voice acting debut in the dual role of Belle/Suzu at the insistence of Hosoda. The synopsis follows below along with confirmation from GKIDS:

GKIDS is proud to announce the acquisition of the North American rights to @StudioChizu's BELLE, the latest film from Mamoru Hosoda! #BELLE #StudioChizu #MamoruHosoda pic.twitter.com/N9Kl7vMMpz