You'll be able to go on rental dates with many of your favs! 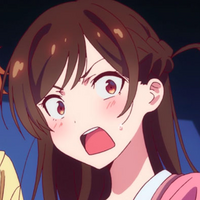 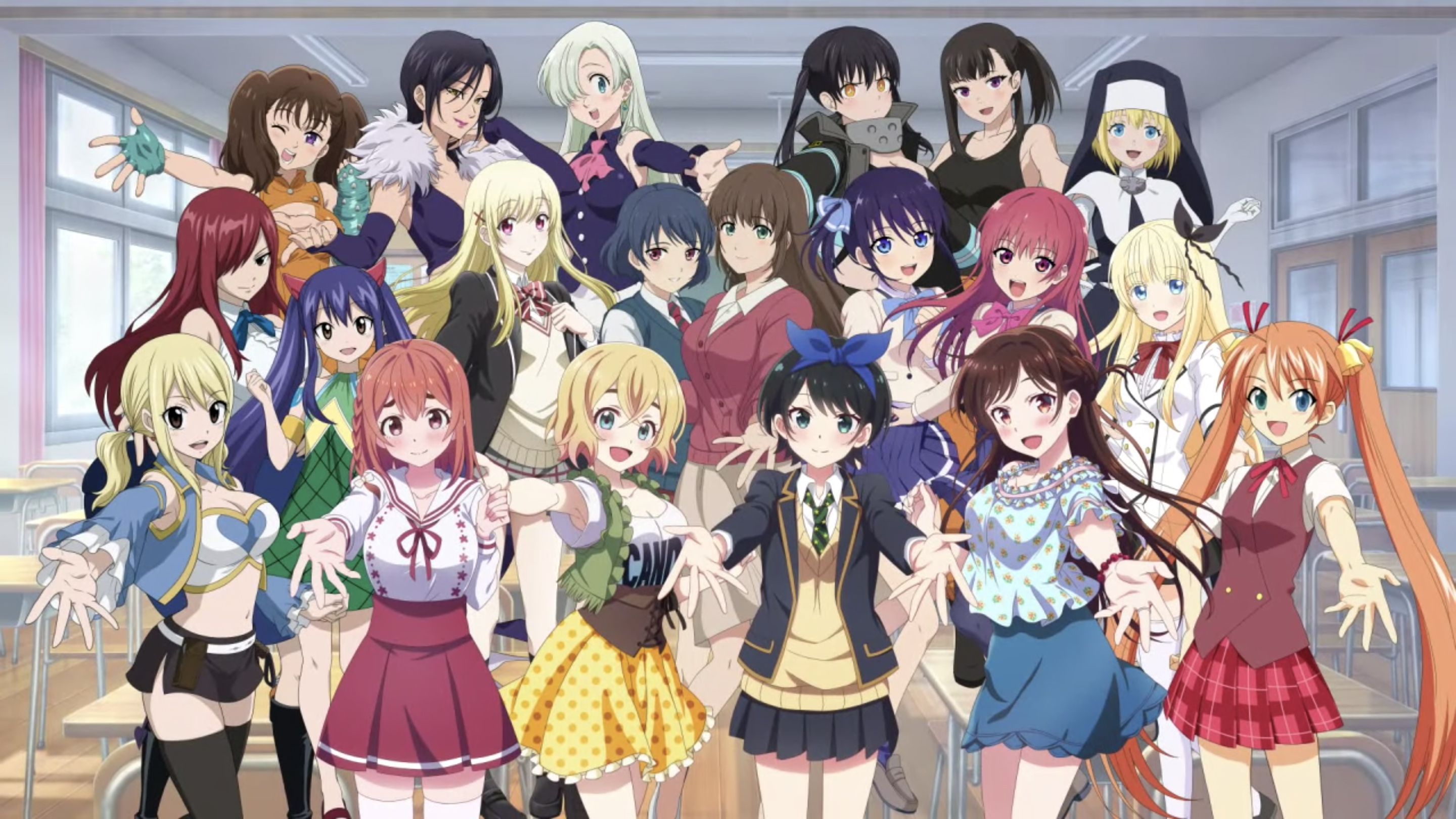 Have you ever wanted to go on (rental) dates with characters like Lucy from Fairy Tail, or Tamaki from Fire Force? Revealed today, a new puzzle-based mobile game based on the Rent-a-Girlfriend series will let you not only take out the girls in the series but from many of the works featured in Weekly Shonen Magazine! A teaser trailer and visual were released for the game. 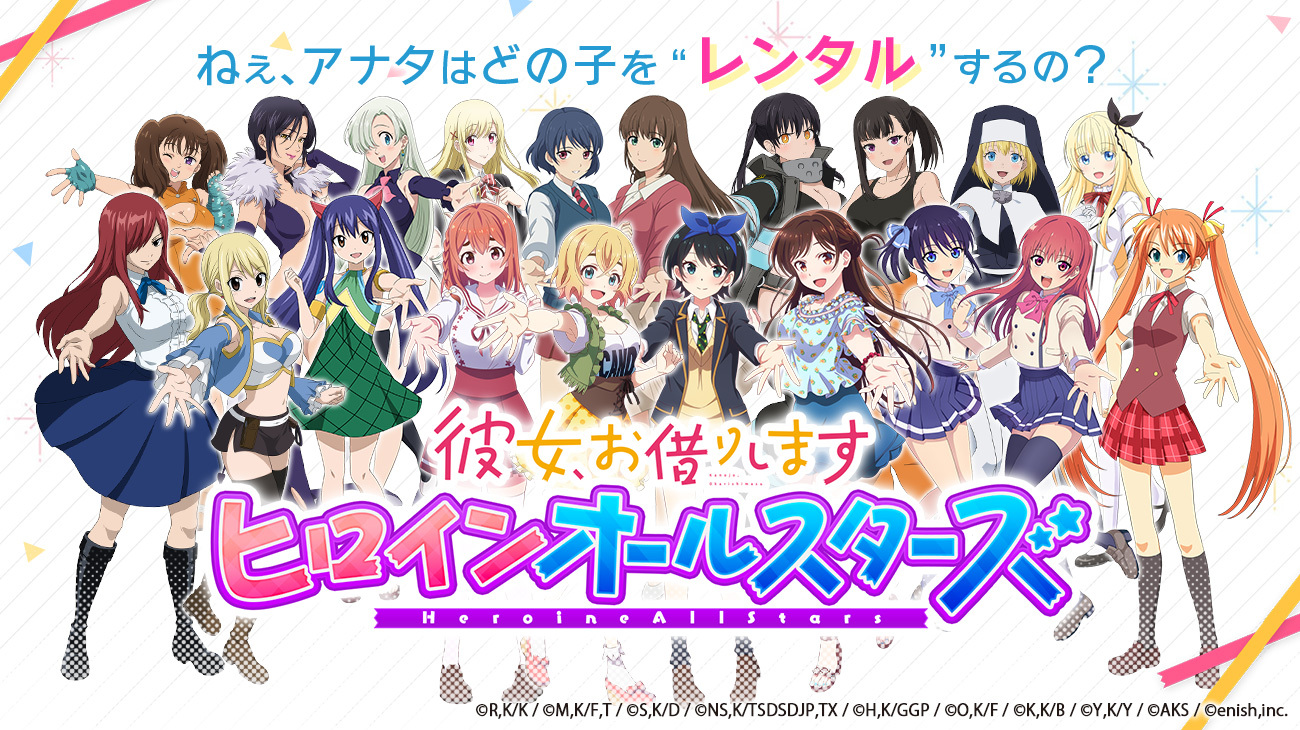 Titled Kanojo Okarishimasu ~ Heroine All Stars ~ (Rent-a-Girlfriend ~ Heroine All Stars ~), the actual gameplay hasn't been revealed, but what has is the list of characters featured in the game that can be "rented", complete with voice-overs from their original anime voice actors. All the girls and their voice actors can be seen in the below visual. 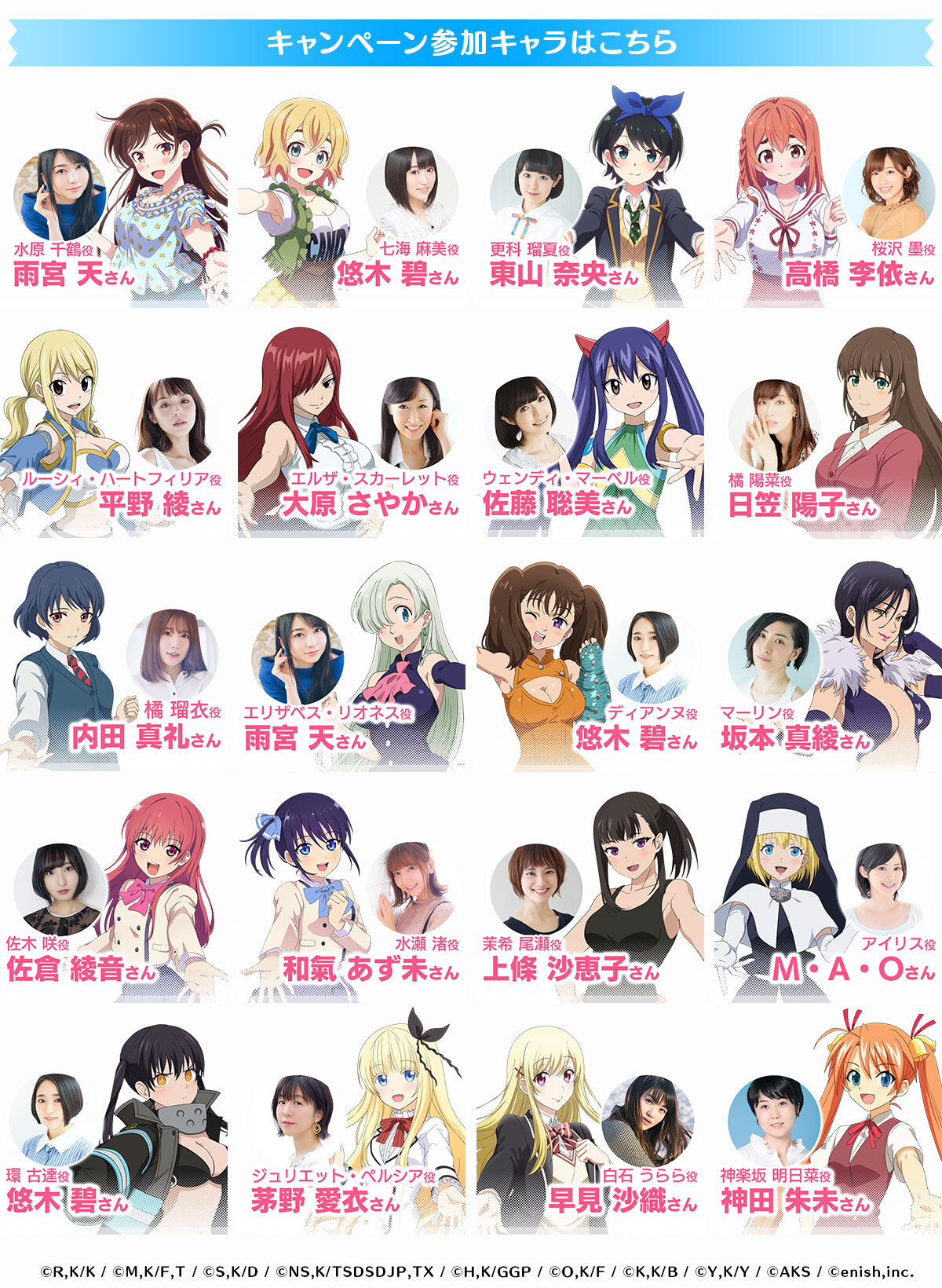 Kanojo Okarishimasu ~ Heroine All Stars ~ is scheduled to be released in September 2021 on smartphone platforms with more events and collaborations to come once the game is out.