Service with hundreds of chapters will be available on web, iOS, and Android 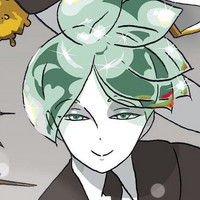 A new digital source for manga is coming this month, with the announcement that digital manga service Azuki is set to launch on June 28. Featuring hundreds of chapters of manga that go live shortly after they debut in Japan, Azuki will be available on web, iOS, and Android.

Azuki will have content for both free and subscription users, and registered users can discuss them in comment threads included with each chapter. Free users will be able to access select chapters with ads, and subscribers will get to dig through the full catalog without any ads for a monthly price of $4.99.

When Azuki launches it will be available in English worldwide except for Japan.

As for the content, Azuki's first publisher partnership is with Kodansha USA. Launch titles include series like Attack on Titan, Tokyo Revengers, Land of the Lustrous, and Chihayafuru, among others.

Simulpubs—including To Your Eternity, Cardcaptor Sakura: Clear Card, A Sign of Affection, and more—will go live on the site and apps shortly after they launch in Japan, and there are also plenty of classics on the way. Among the featured catalog titles from Kodansha are Battle Angel Alita, Chi's Sweet Home, Love Hina, and more.