Anime dominates even more so in May, taking up the entire top 10 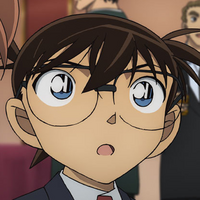 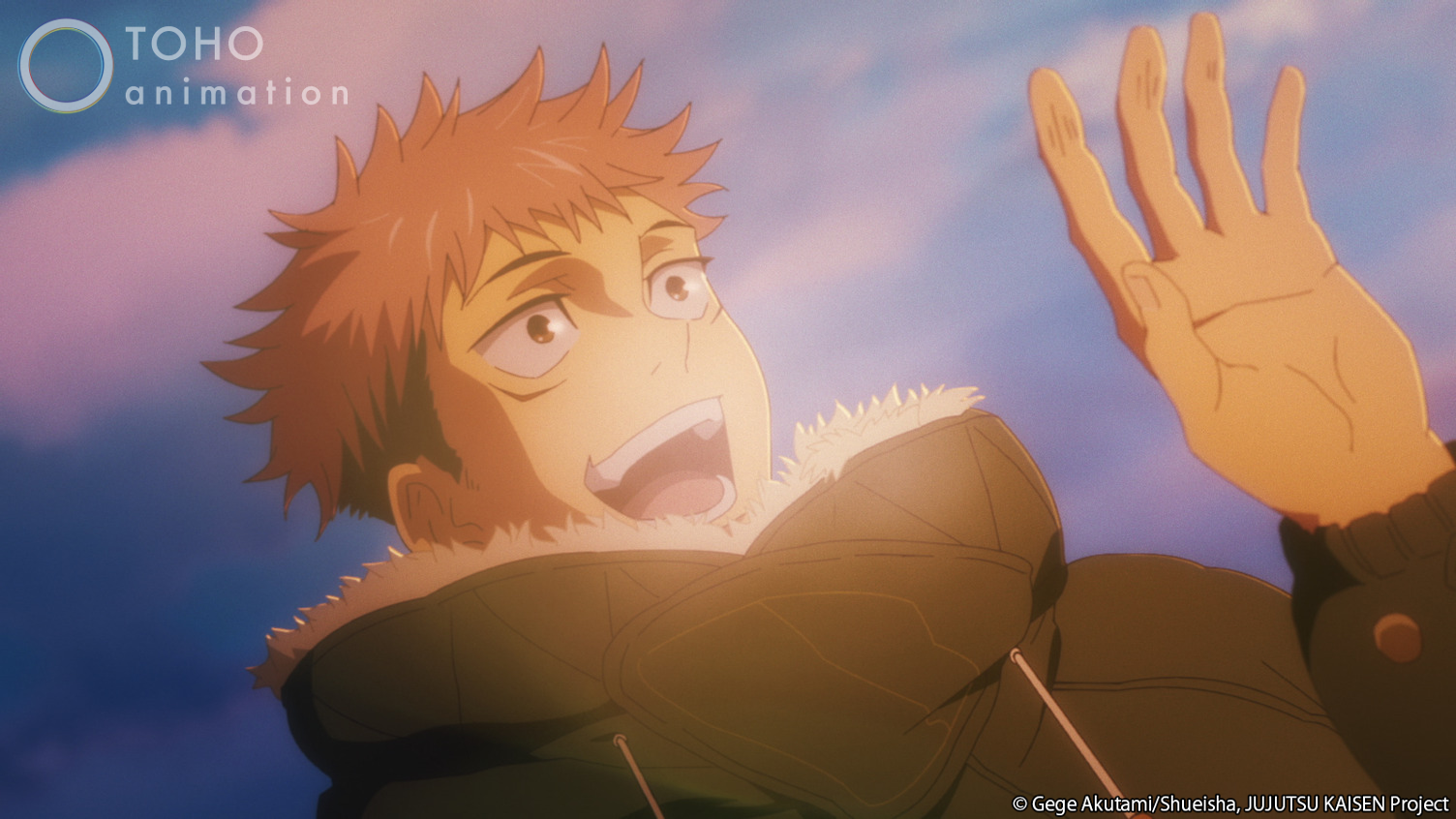 Just like last month, the month before that, and even before that, JUJUTSU KAISEN continues to be the most-watched work on Japanese streaming services. GEM Partners, a Japanese marketing and research firm that focuses on the entertainment industry, revealed in their monthly rankings for the most-watch works (not just anime) on Japanese SVOD (flat-fee) streaming service for May, tracking all the major streaming platforms.

Just like March and April, JUJUTSU KAISEN was on top for May, with Case Closed once again coming second, though both lost overall points in their rank, with the biggest leap up the chart being Tokyo Revengers, with the series debuting in the top 20 at 4th place.

GEM gathers this information by surveying around 7,000 Japanese people per week aged between 16 and 69 on what they watched that week on Netflix, Amazon Prime Video, U-NEXT, Hulu Japan, Disney+, docomo anime store, dTV, ABEMA Premium, and Paravi.

Here's is the overall top 10 most viewed shows on Japanese SVOD services April 2021:

As mentioned above, the top two leaders, JUJUTSU KASIEN and Case Closed dropped overall points but remained firmly in the first and second slot. The war between Attack on Titan and Demon Slayer saw Tanjiro and friends overtaking the titans to take the 3rd spot, with Tokyo Revengers debuting on the list at 4th place, and Attack on Titan in 5th.

For the first time since at least February, all ten slots have been taken up by anime series, with variety show HITOSHI MATSUMOTO Presents Documental dropping 9 spots to 17th, and The Walking Dead dropping 3 spots to 12th. Of the top 20, 15 of the works were anime, which is lower than last month's 17 anime series in the top 20.

The full top 20 in Japanese: 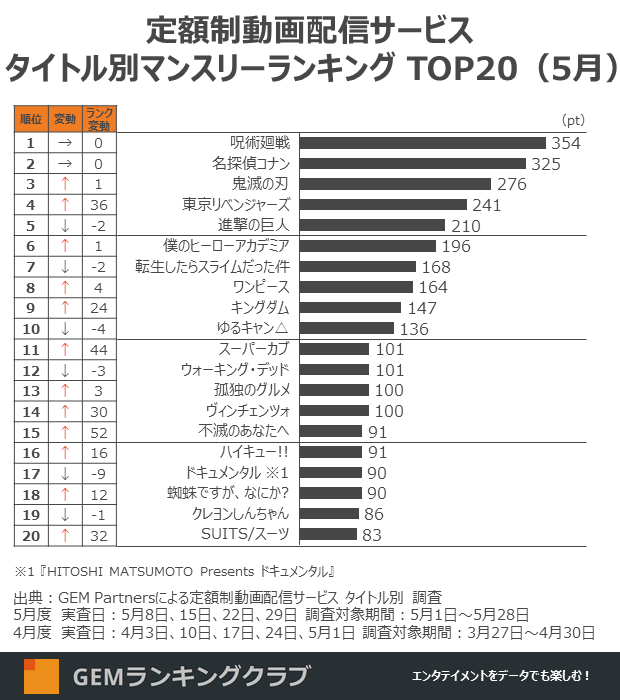 On a per streaming platform basis in May, Korean-drama Vincenzo was number one on Netflix, followed by Tokyo Revengers and then JUJUTSU KAISEN in third place. Meanwhile, on Amazon Prime, JUJUTSU KAISEN was top, followed by Demon Slayer, and finally Case Closed. Hulu clued in Case Closed for number one, and J-drama’s Love You as the World Ends, and Koi wa Deep ni in second and third place. Case Closed was also number one on dTV, with That Time I Got Reincarnated as a Slime taking the crown on d anime store.

Full top three most-watched content on streaming services in Japan by service (white boxes are May, grey is April): 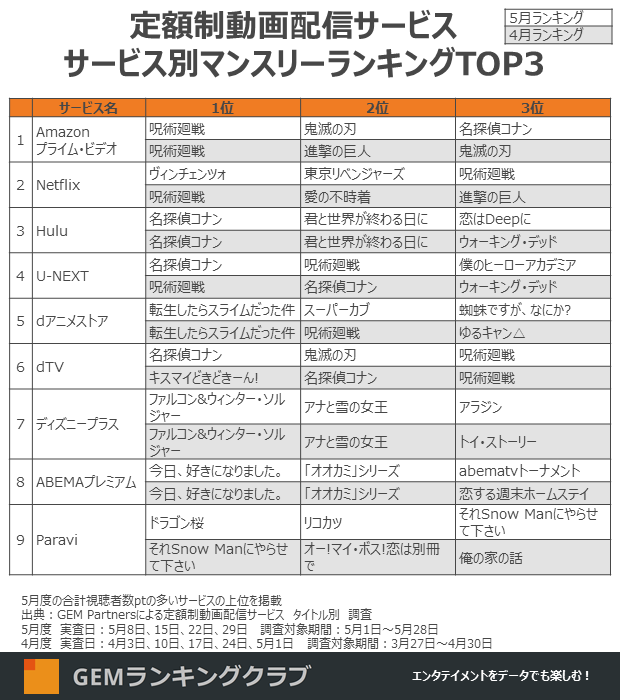 It seems like this anime season has taken off in Japan as much as it has in the west, and Japanese people are continuing more and more to watch anime online through streaming services rather than on late-night TV.