The fake liquor store is in the same place in real life as it would in the TV anime! 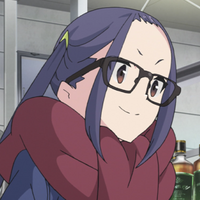 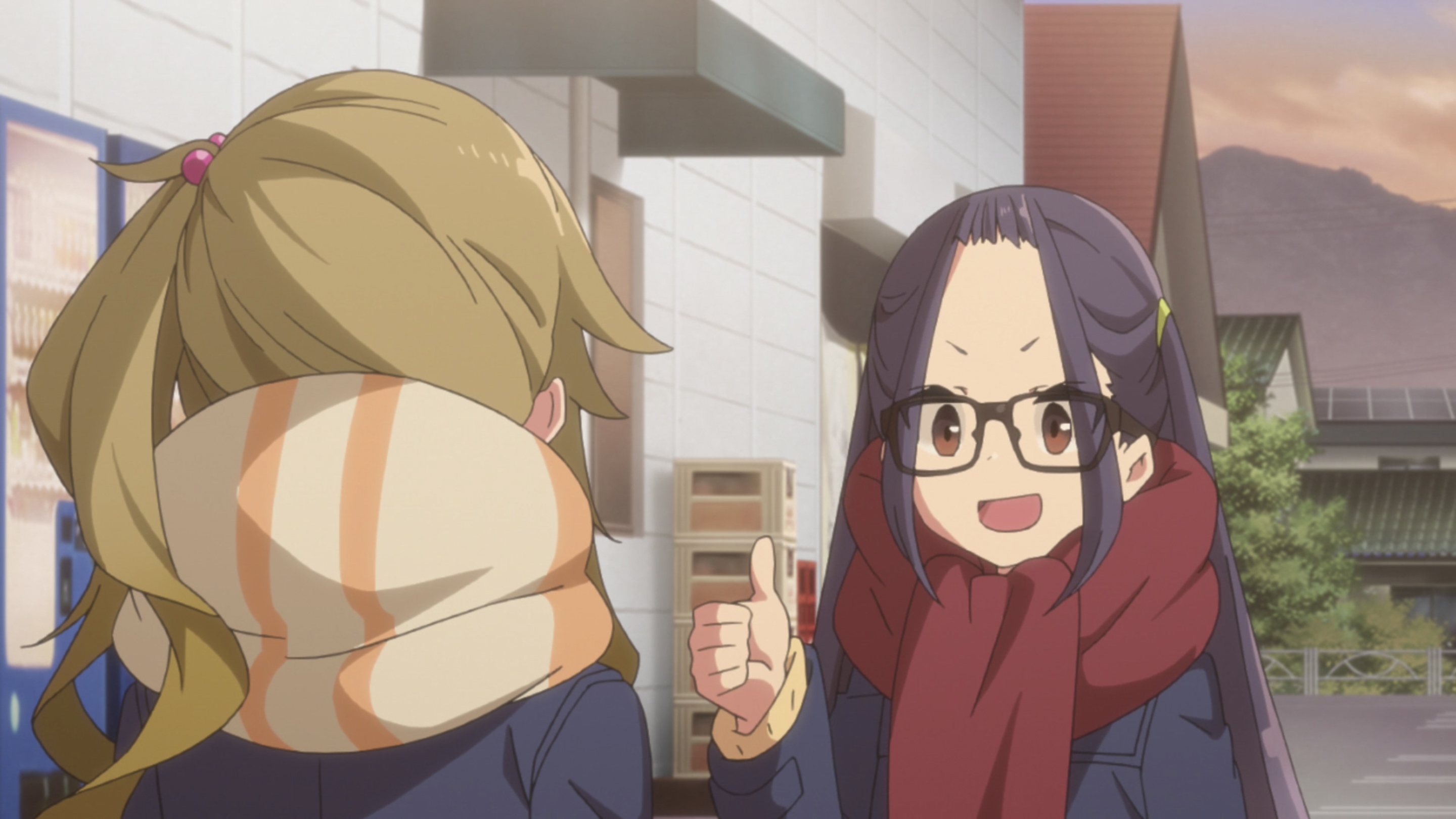 For fans of fluffy camping TV anime Laid-Back Camp, traveling to the real-world locations from the series gives them as much joy as watching the show itself. Though due to the show being fictional, some of the locations don’t actually exist, this didn’t stop the township of Minobu from giving fans a little treat.

Twitter user @souma6048 discovered that the town had put up signs for the liquor store that Chiaki Ogaki gets a part-time job in that appears in the third episode of the first season. Though the sign on the fake Sake no Kawamoto reads it doesn’t actually sell anything and isn’t a real store–a bit sad if fans wanted a drink after trekking through the wilderness all day!

The store as seen in the TV anime series: 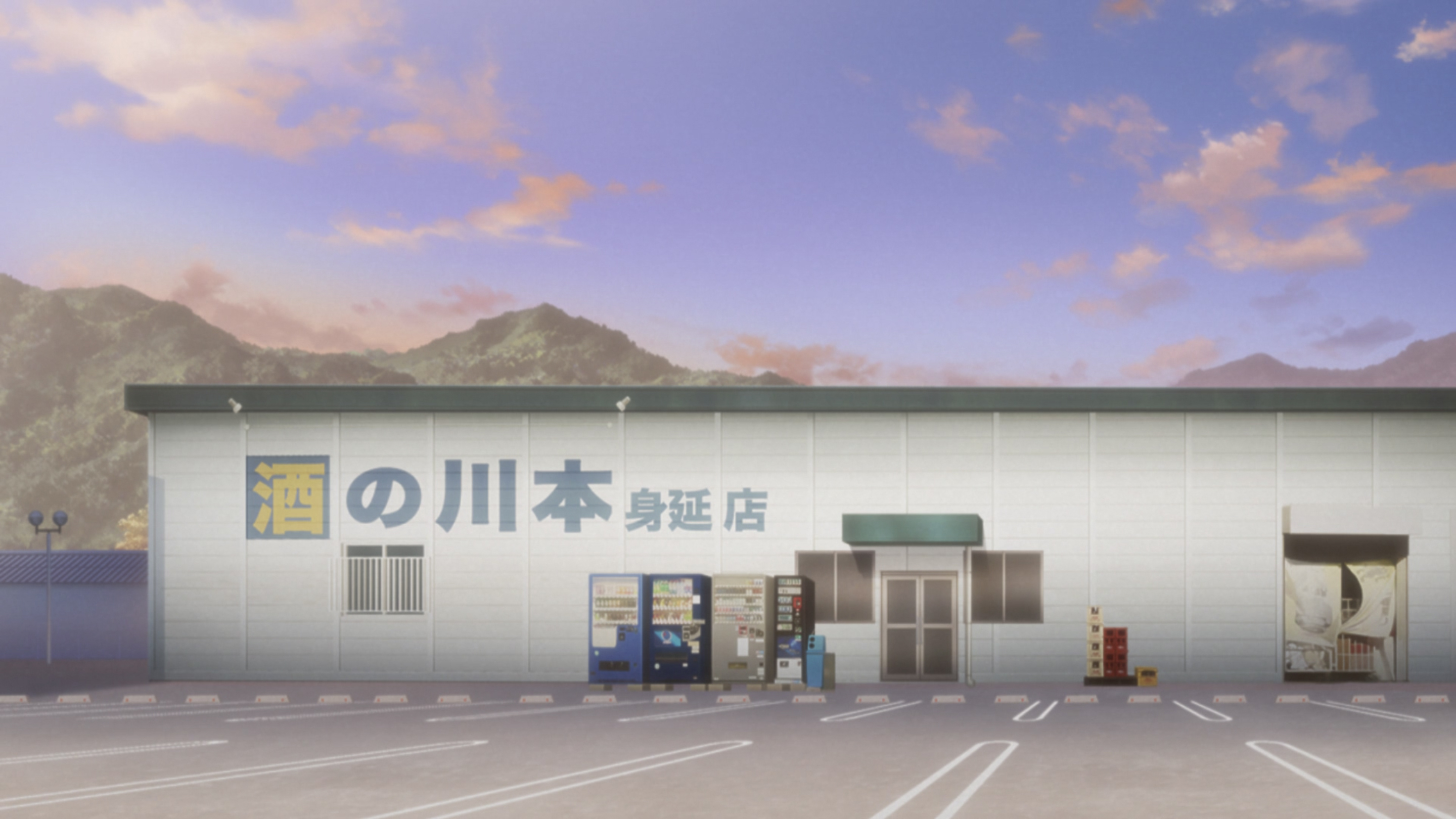 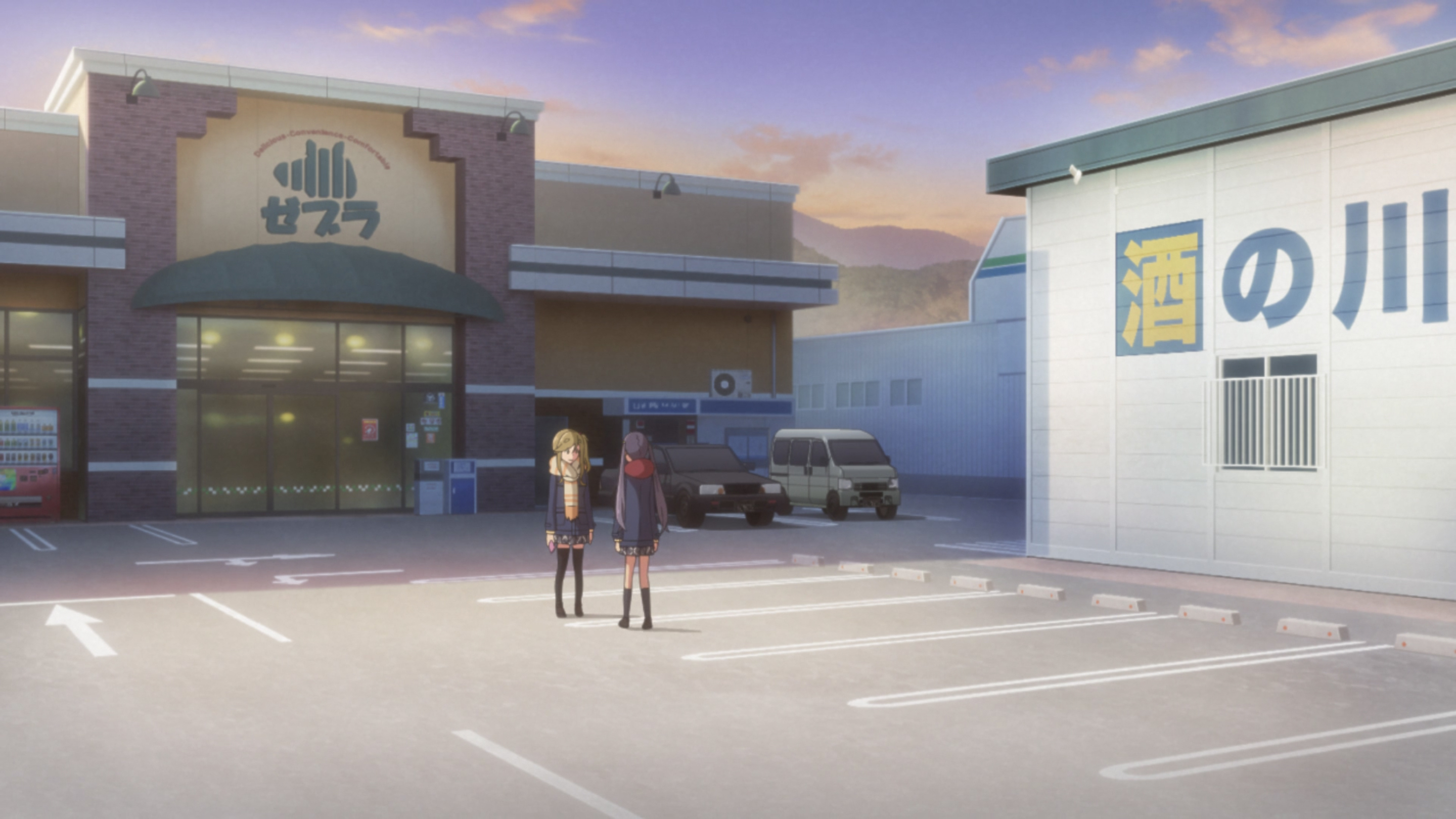 After some digging, we found that the official Facebook account for Minobu in Yamanashi prefecture – the hometown of the girls from Laid-Back Camp – revealed the fake liquor store on April 2, 2020, and has been around since April 1 of the same year! It was opened as a collaboration with Daiwa Lease for tourists and fans of the series. The Facebook post does note that Sake no Kawamoto is not open for business. 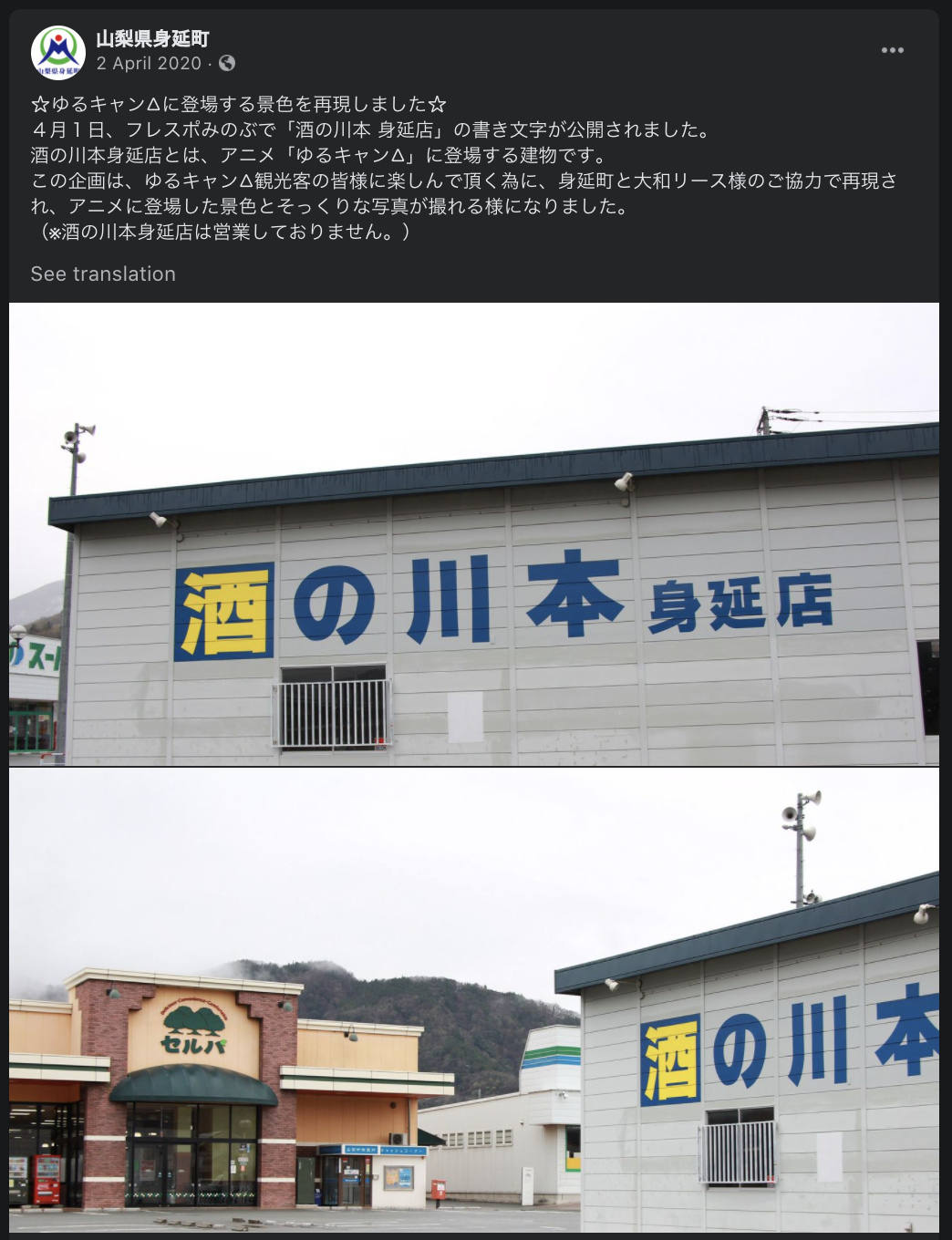 As far as we can tell, the store-not-store is still at Frespo Minobu (judging by the date of the Twitter post), so hopefully, it sticks around for a long time!