Monark RPG Shows Off Opening Movie Ahead of October Launch

A western launch is set to follow in early 2022 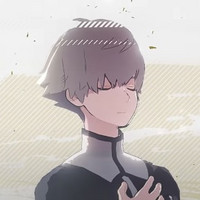 FuRyu and Lancarse's Monark RPG is due out in Japan and Asia on October 14, and NIS America recently announced plans to bring it to PS4, PS5, Switch, and PC in North America and Europe in early 2022. In the meantime, FuRyu shared the game's opening movie, featuring KAF's theme song, "Nihil."

There's also a making of video for the opening:

Tags
monark, furyu, games
« Previous Post
Spike Chunsoft Mystery Website Challenges Visitors to Figure Out the Password
Next Post »
RECS: 10 Anime To Watch If You're In The Mood For Summer Fun
Other Top News
2 Comments
Sort by: