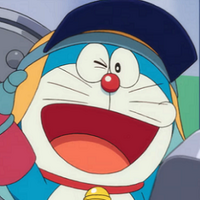 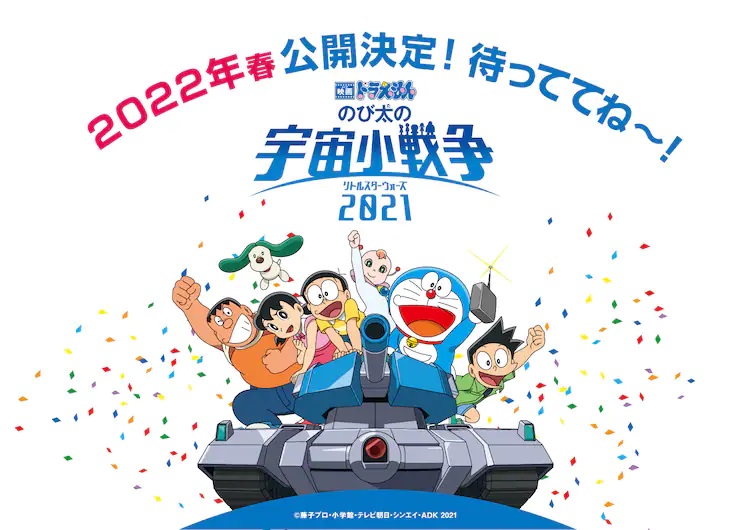 Previously delayed as a result of the COVID-19 pandemic, the theatrical anime film Dorameon: Nobita's Little Star Wars 2021 is back on track with a new release date, a new key visual (above), and a new trailer (below).

One day during summer vacation, a palm-sized alien named Papi appears from a small rocket that Nobita picks up. He is the president of Pirika, a small planet in outer space, and has come to Earth to escape the rebels. Doraemon and his friends are puzzled by Papi's small size, but as they play together using the secret tool "Small Light", they gradually become friends. However, a whale-shaped space battleship comes to earth and attacks Doraemon, Nobita and the others in order to capture Papi. Feeling responsible for getting everyone involved, Papi tries to stand up to the rebels. Doraemon and his friends leave for the planet Pirika to protect their dear friend and his home. 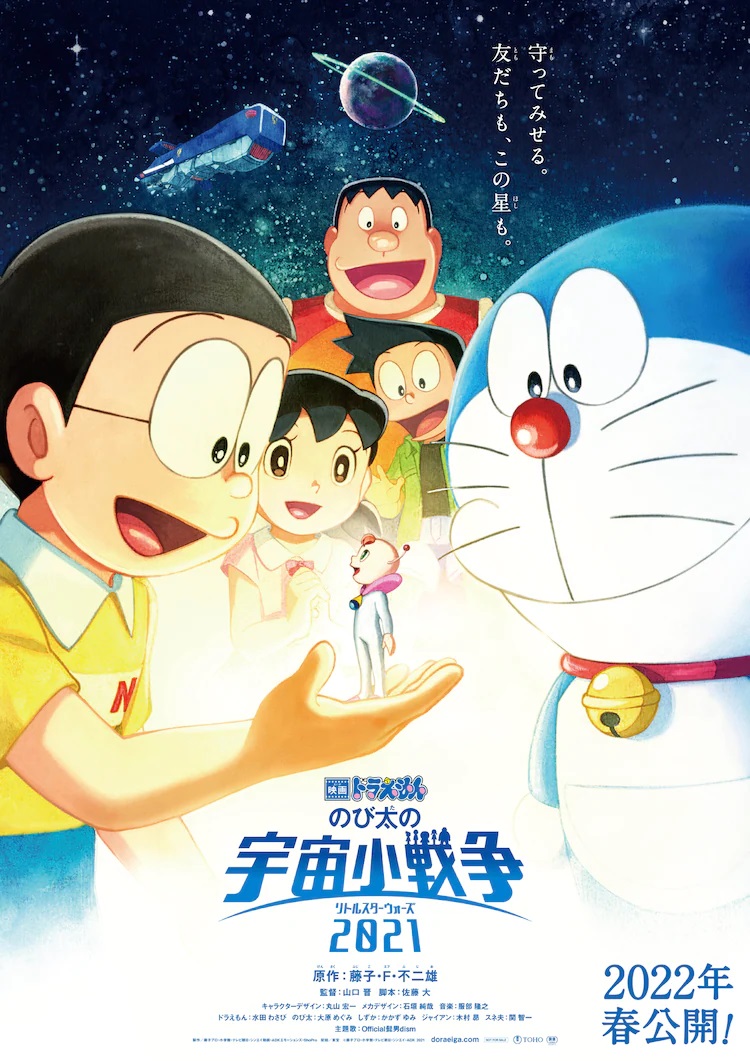 Doraemon: Nobita's Little Star Wars 2021 is directed by Shin Yamaguchi and features animation production by Shin-Ei Animation and Shirogumi. Originally scheduled to be released on March 05, 2021, the film is now scheduled to hit theaters in Japan during the spring of 2022.