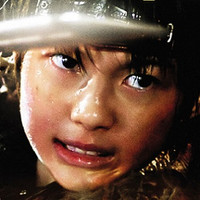 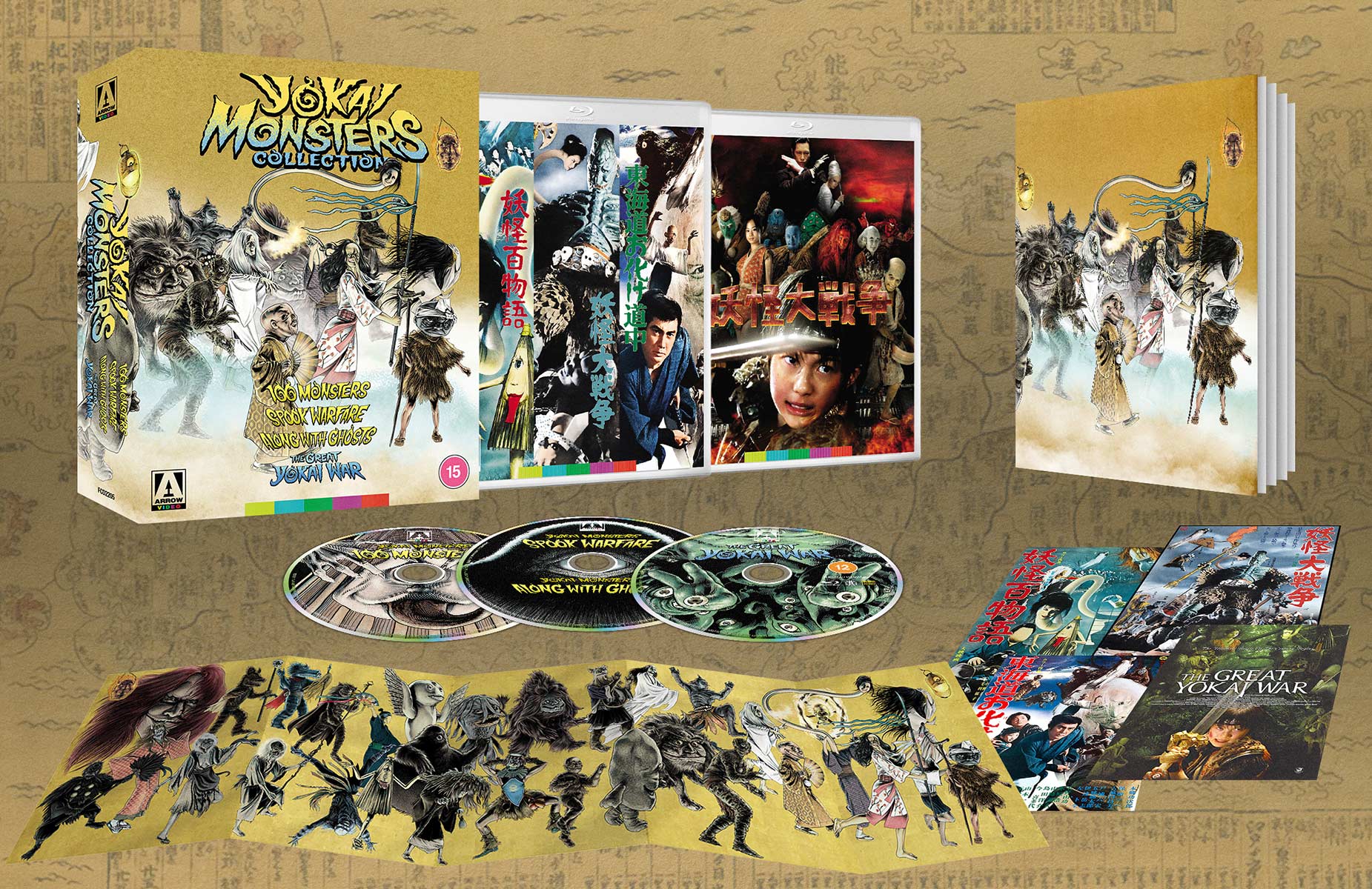 Some good news for fans of tokusatsu and things that go bump in the night: Arrow Films has announced a Bluray box set that combines the Yokai Monsters film trilogy from 1968 - 1969 with The Great Yokai War, a 2005 reboot that is inspired by the earlier films and directed by Takashi Miike.

From the makers of Daimajin comes a trilogy of terror ripped from the pages of Japanese folklore, with ghosts and monsters from ancient myths and legends brought to life through stunning special effects, alongside an epic, big-budget reboot of the series from a modern-day master of the macabre, now available together on Blu-ray for the first time. 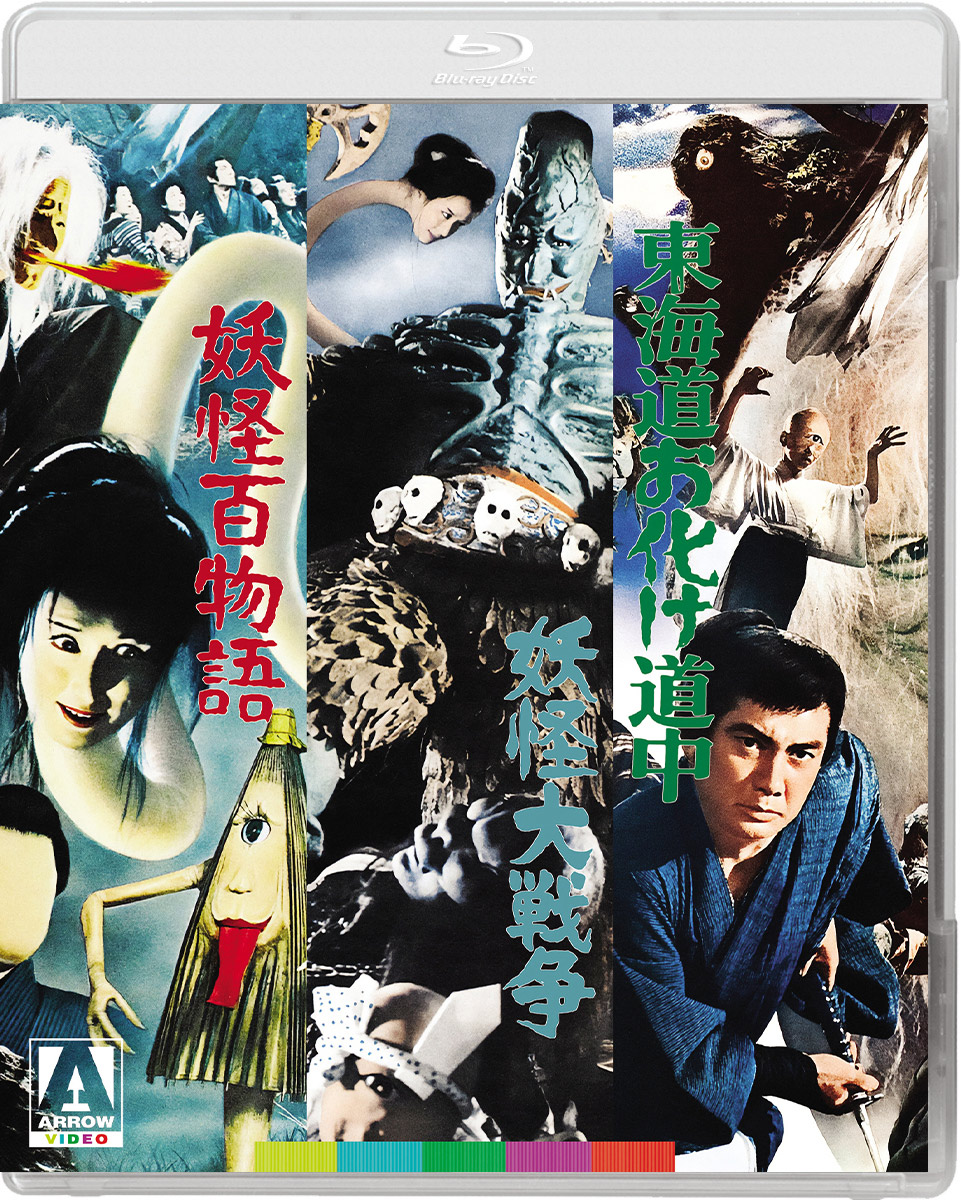 In the first film in the trilogy, 100 Monsters, a greedy slumlord’s attempts to forcefully evict his tenants invite the wrath of the titular spirits when a cleansing ritual is botched, with terrifying results. The second film, Spook Warfare, tells the tale of an evil Babylonian vampire inadvertently awoken by treasure hunters, and a brave samurai that teams with the yokai to defeat the bloodthirsty demon. In the final film, Along with Ghosts (released only 12 months after 100 Monsters), the yokai are roused to defend a young girl on the run from deadly yakuza. 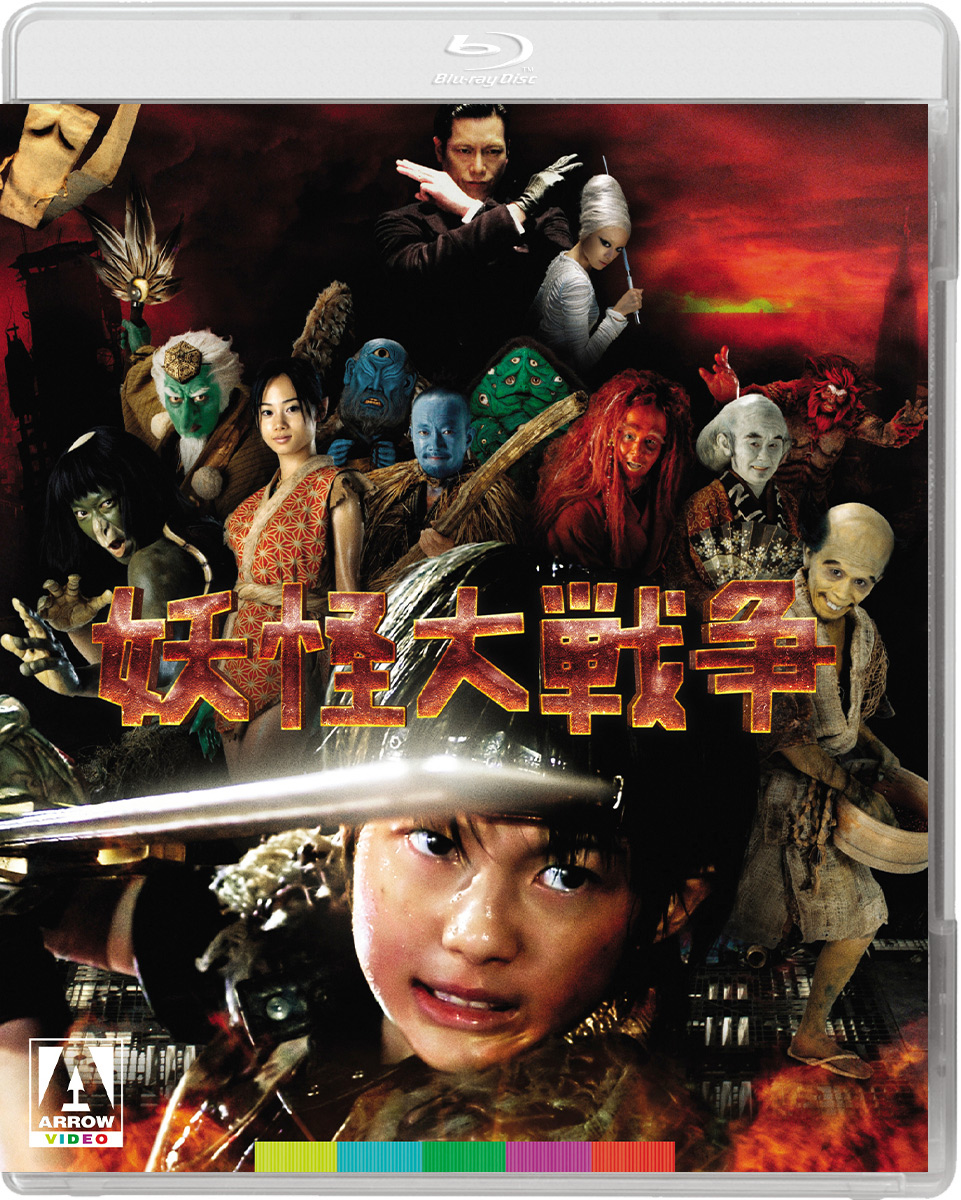 Decades later, none other than Takashi Miike (Audition) helmed The Great Yokai War, a loose remake of Spook Warfare that used cutting-edge digital effects to renew the franchise for a new generation. In it, a young boy is given a grave responsibility: to band together with a group of yokai to defend humanity against a vengeful and powerful demon that has sworn retribution against modern-day Japan.

The 3 disc set is currently available for pre-order for £45.00 (about $63 US) from the Arrow Films website with the final product scheduled to begin shipping on October 18, 2021. (Please note: the Limited Edition version of the set is listed as Region B.)