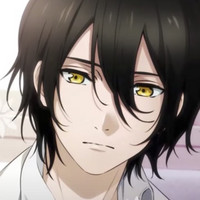 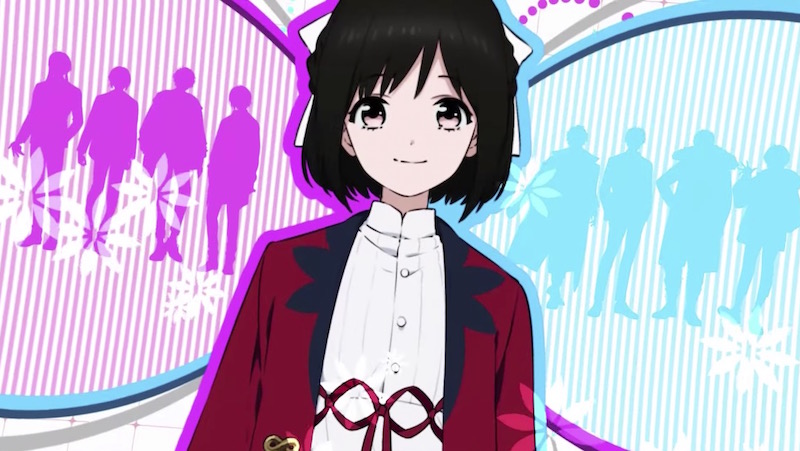 Aksys Games hopped on Twitch earlier today for the All Aksys event, taking the opportunity to reveal a bunch of new titles for 2022 and beyond. Chief among them were four otome games—specifically four developed by Otomate—which are all set to make their way to Nintendo Switch in the west.

Chiyuki lives alone, spending all her time studying for university and doing part-time work. She has two dreams in life: to become a scriptwriter—also a dream of her late mother—and to find her father whom she never met. From clues left behind, it seems her mother was writing a drama script before she was born. Chiyuki lands a job as an assistant to a scriptwriter for a film that the sons of the drama staff are making. She searches for information while working her new job, but in a twist of events ends up cast in the role of their love interest…? This is a pretend love role, not true love. Can Chiyuki create a script about fake lovers, while not knowing anything about falling in love herself?

The year is 25XX, a world where mankind lives only in isolated colonies. The protagonist, a student at the academy, is bored with the drudgery of everyday life, a day-to-day existence untouched by gossip about "Heroes" and "Vermin," the enemy of mankind, and unnoticed by the good-looking guys at the academy. One night she slips out of the dormitory and encounters colony-invading Vermin, landing herself in danger! Four girls appear suddenly and repel the Vermin with miraculous abilities. The protagonist decides to work as a Hero, leading a busy life as both a student and champion of justice. But why is it that she has more opportunities to talk to the good-looking guys everyone is whispering about…? What is their (the girls’ / guys’) secret…? And what is the enemy’s true identity…?

The first year of the Kyoho era. The land is ruled by the eighth shogun Tokugawa Yoshimune. Repeated incidents caused by monsters in the town of Edo upset and frighten the people so the Tokugawa shogunate establishes the “Oniwaban” to maintain public order and secured the town. Seasons passed—to year 11 of the Kyoho era. A girl in a village far from Edo has the power to see a "black thread" before every catastrophe and the panicked villagers drove her away into the snowy mountains. One day, a young man going by the name of Oniwaban appears before her. This is a story in which a girl encounters "non-humans," and learns about love.

The full sequel to last year’s hit Piofiore finds Liliana immersed once again in the dangerous Mafia turf wars and intrigues that tear apart the city of Burlone.

That's not all that made it into the showcase. Here are some other titles Aksys announced:

RICO London (NSW, PS4, Xbox One/Fall 2021) - The door-kicking, gang-busting crime fighters are back and this time they’re in 1999 London. RICO London is a first-person shooter about making an impactful entrance, blasting the bad guys, and taking care of business.

Olympia Soirée (NSW/September 9, 2021) - With her entire clan wiped out years ago, Olympia has been isolated for most of her life. Now she lives as the only person on Tenguu Island who can perform the ritual that restores light to a world shrouded in darkness. The heads of each Primary district—Red, Blue, and Yellow—lead a society governed by the island's rigid class structure. As Olympia travels between the districts, she discovers their wonders and their weaknesses, as well as an entire underground community of shunned individuals whom she becomes determined to help. If she can find the person destined to be her soulmate, she will finally be able to open her heart and reveal her true name, continue her bloodline, and save the world before it is destroyed.

Undernauts: Labyrinth of Yomi (PS4, Xbox One, NSW, PC/October 28, 2021; PS5/2022) – Tokyo, 1979. When a massive, mysterious structure suddenly rises from the ground, the government sends a team to investigate. You have been selected to join an elite group of underground explorers employed by Cassandra Company. Unfortunately, you are not the only one searching these caverns. Terrifying monsters lurk in the shadows. Dangerous criminals hunt for resources. Large numbers of people are missing. The test of your survival skills begins now...

Dairoku: Agents of Sakuratani (NSW/December 2, 2021) - Ever since she could remember, Shino Akitsu has had the ability to see what others could not: spirits, apparitions, and indescribable creatures. As an adult, this talent leads her to join a secret government agency: The Occult Action Department. Her assignment is with the Sixth Special Preventions Office, and her job is to monitor the powerful beings who travel between her world and the worlds beyond. From her office in Sakuratani, a town in a different dimension, Agent Shino meets several otherworldly individuals with vastly different personalities and abilities: a nine-tailed fox spirit, a mischievous oni, and more. Part gatekeeper, part travel guide, she does her best to get to know these entities and keep them from getting into inter-dimensional trouble.

Variable Barricade (NSW/February 2022) - A member of a prestigious family and heiress to a fortune, Hibari learns that her eccentric grandfather is determined to find her a husband. He arranges to house her in a luxurious villa along with four handsome, hand-picked bachelors and her private butler. As her suitors try to win her hand by any means necessary, Hibari endures endless everyday trials and temptations. Has grandfather chosen poorly, or is there more to these fellows than meets the eye? Through all of this, Hibari has two important goals: frighten off each of these marriage candidates, and absolutely refuse to fall in love.