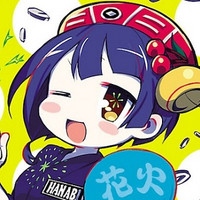 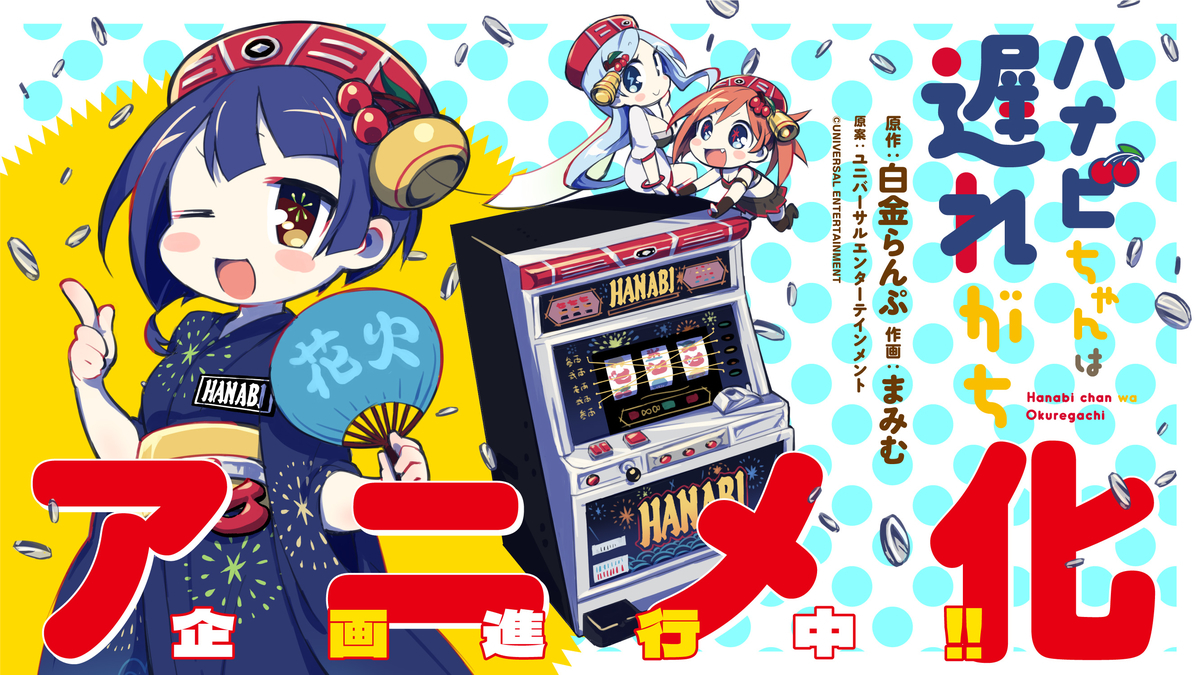 If you're in the mood to take a gamble on some cute anime girls, then soon you'll be in luck, because Hanabi-chan wa Okuregachi ("Hanabi Tends to Fall Behind") - a humorous 4-panel manga about pachislot machines that take human form that is based on the original creations by UNIVERSAL ENTERTAINMENT, written by Lamp Shirogane, and illustrated by Mamimu - is being adapted into an anime. 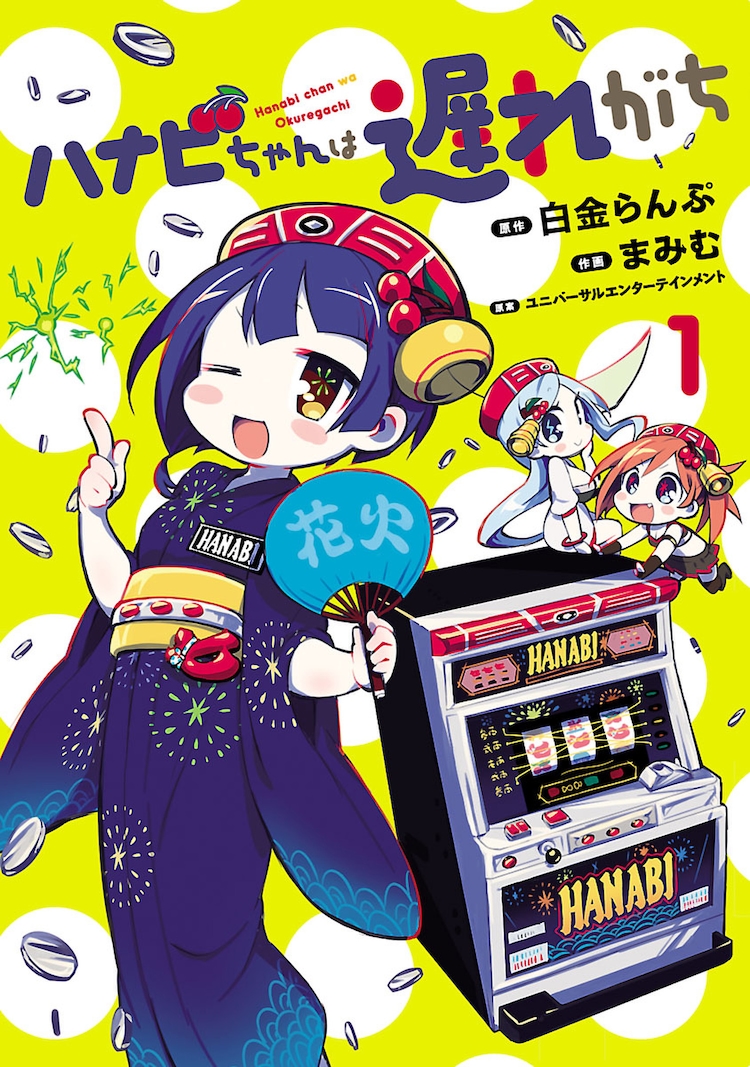 So far, no further details about the anime adaptation have yet been revealed, although an official Twitter feed (@hnb_off) has been published for the project. The original Hanabi-chan wa Okuregachi manga is serialized on the Hero's Comiplex website. The story of the series follows Hanabi, a pachislot machine granted human form, and her two friends, Versus and Thunder V, as they work at the Shitamachi Godheaven gambling hall.