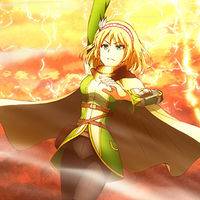 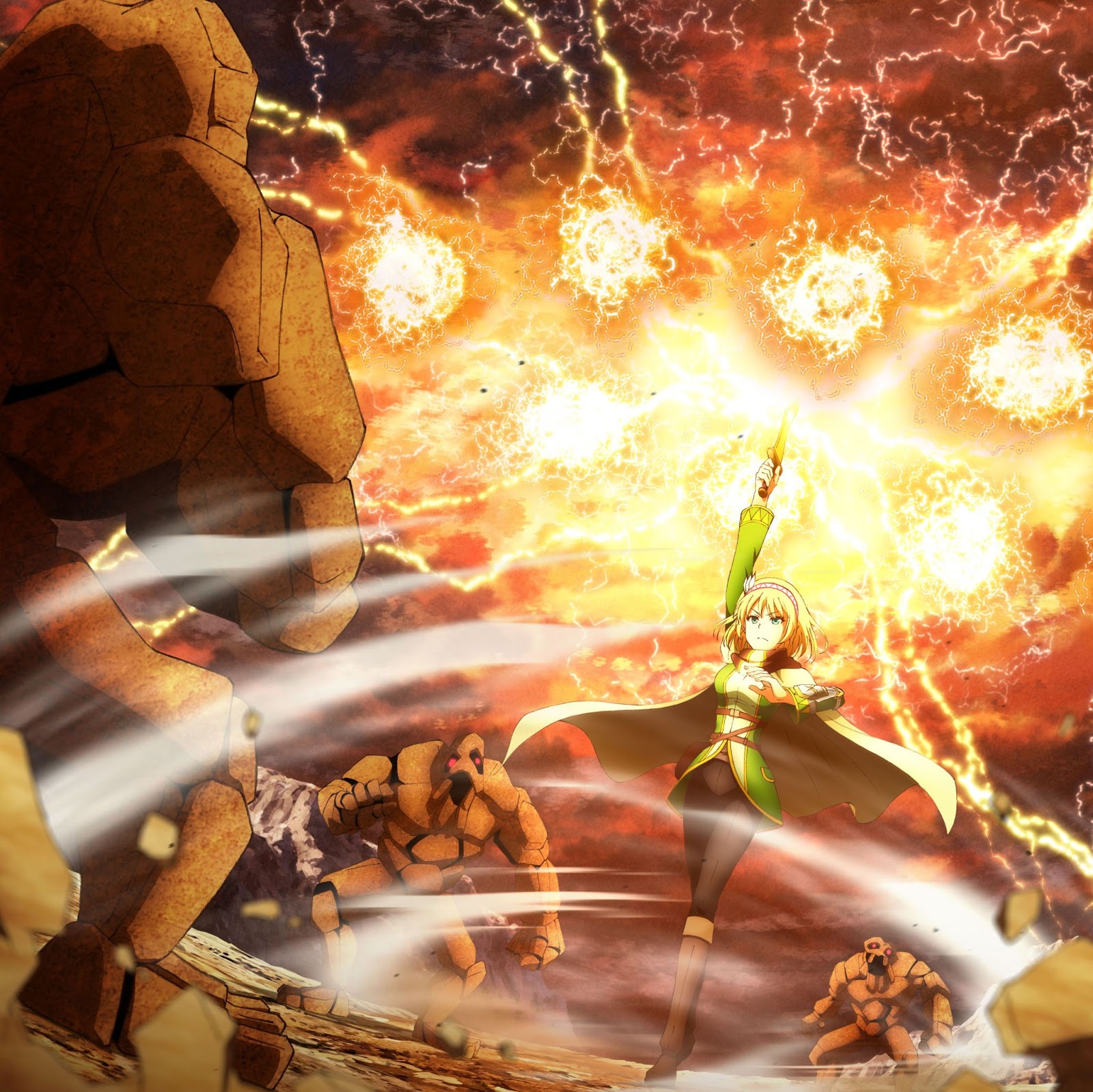 Upcoming anime In the Land of Leadale has revealed a new trailer, key visual, and some initial cast information today along with statements from the actors! The anime will adapt the light novel series of the same name by Ceez. Take a look at the trailer below:

You can see the cropped square key visual at the top of this article, and the full vertical art below: 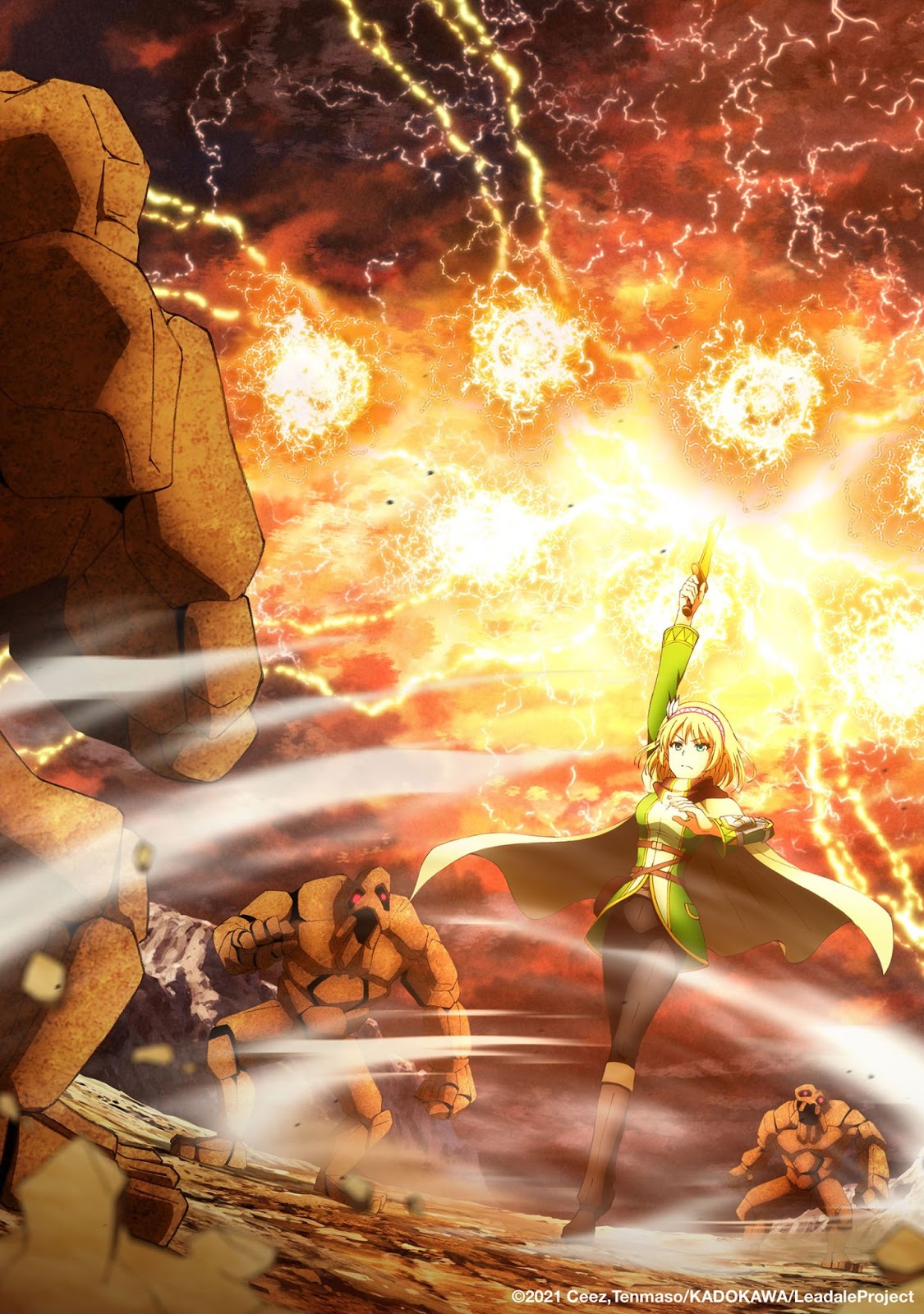 In the Land of Leadale also revealed character introductions and casting for the primary characters along with comments from the actors:

When she was playing the VRMMORPG "Leadale," she was known as the "Silver Rings Witch" and was one of the top players. When she transfers to that world 200 years later, she becomes an adventurer, but her level is way too high, so she can't be too careless.

Cayna's ward and the eldest of the three siblings. He's an elf that spent all of his time training with healing magic and became a high priest. In the current world, he is the high priest of the church, he is as revered as much as a king or premiere and is a stunning beauty. He uses his "Special Skill: Oscar—Roses Scatter with Beauty" to make it rain rose petals and sparkles around him. It even comes with sound effects. In his mind, his mother reigns supreme.

Skargo's elven younger sister. She specializes in attack magic, and she belonged to the Mage Guild in the game. In the current world, she changed jobs from a court mage to a professor at the Royal Academy. When it comes to her trying to quell her older brother's Skargo's aesthetics and absolute devotion to their mother, they end up in a huge magical fight, but Mai-Mai also loves her mother very much and wants to be coddled.

The youngest of the three siblings and a dwarf. He is a specialist when it comes to building architectural structures such as fortresses, castles, and dungeons. In the current world, he is a famous craftsman. He's a stubborn and harsh boss but compared to his eccentric siblings Skargo and Mai-Mai, he seems like he has common sense.

Due to a terrible accident, Keina Kagami is forced to live on life support in order to survive. The only way for her to be free is within the VRMMORPG "Leadale." One day, her life support stops functioning, and Keina loses her life. But when she wakes up, she finds herself in the world of Leadale 200 years in the future. She is now the half-elf Cayna, who possesses lost skills and OP statuses and becomes closer to the other inhabitants of this world. But among those inhabitants happen to be the "children" she made in character creation?! A very chill adventure filled with laughter and tears(?) about a girl who transferred into a game world and her very unique friends is about to begin!

Tags
in the land of leadale, maho film, january 2022
« Previous Post
JoJo’s Bizarre Adventure: Stone Ocean Breaks Out 1st Teaser Trailer, Visual, Netflix December Worldwide Release
Next Post »
Creatures of the Night Hang Out in The Vampire dies in no time. TV Anime Key Visual
Other Top News
0 Comments
Be the first to comment!
Sort by: