Aqours, Nijigasaki, and Liella! to Perform at Love Live! Countdown Concert on December 31

Theme song "LIVE with a smile!" CD will be released on November 3 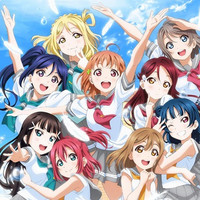 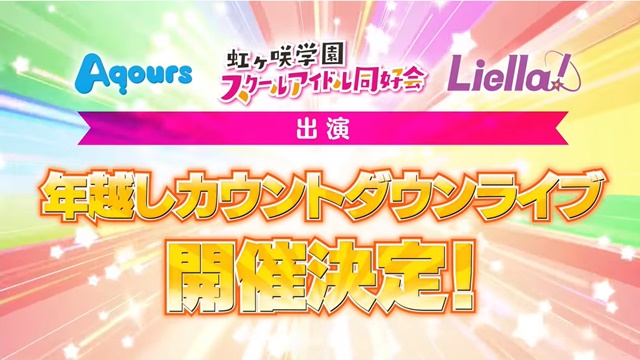 The concert's theme song "LIVE with a smile!" is performed by the three units, and its CD single, also including the song's solo versions by each unit, is set to be released in Japan on November 3, 2021. And the fastest lottery coupon for the concert ticket will be enclosed in the CD.

In addition, the three units' tie-up songs for the "Love Live! Series' All Night Nippon GOLD" project are now in production. The three songs are - "not ALONE not HITORI" by Aqours, "Miracle STAY TUNE!" by Nijigasaki High School Idol Club, and "Shooting Voice!!" by Liella!. The split single, also coming with the second fastest lottery coupon for the concert ticket, will be released in three different jackets featuring each unit. Its release date will be announced later.

Ahead of the countdown concert, Aqours from Love Live! Sunshine!! will hold their first and last solo concert of 2021, titled "Aqours EXTRA LoveLive! ~DREAMY CONCERT 2021~," at the same Pia Arena MM on December 29 and 30.