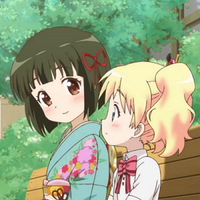 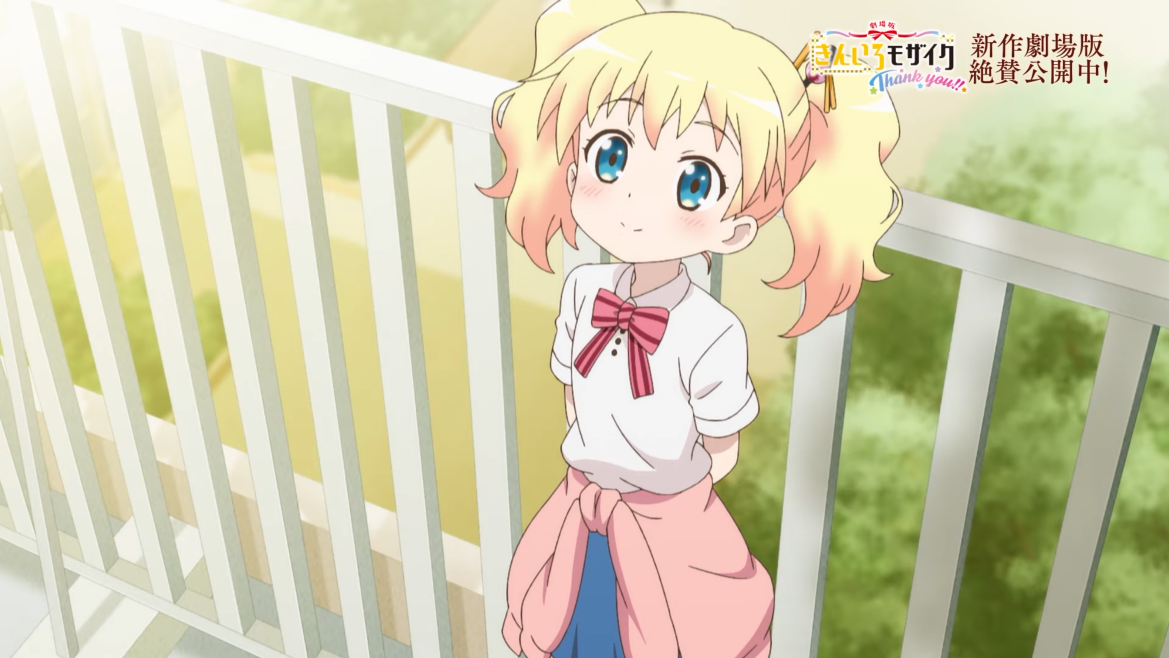 Summer memories and graduation tears are the name of the game in a new "now showing" preview video for Kiniro Mosaic Thank you!!, an anime film that is currently screening in Japan and also the latest animated adaptation based on the everyday comedy manga by Yui Hara about a Japanese girl who becomes best friends with a blonde-haired foreign exchange student.

Kiniro Mosaic Thank you!! focuses on a school trip to Nara and Kyoto that Shinobu and company take during their third year in middle school. 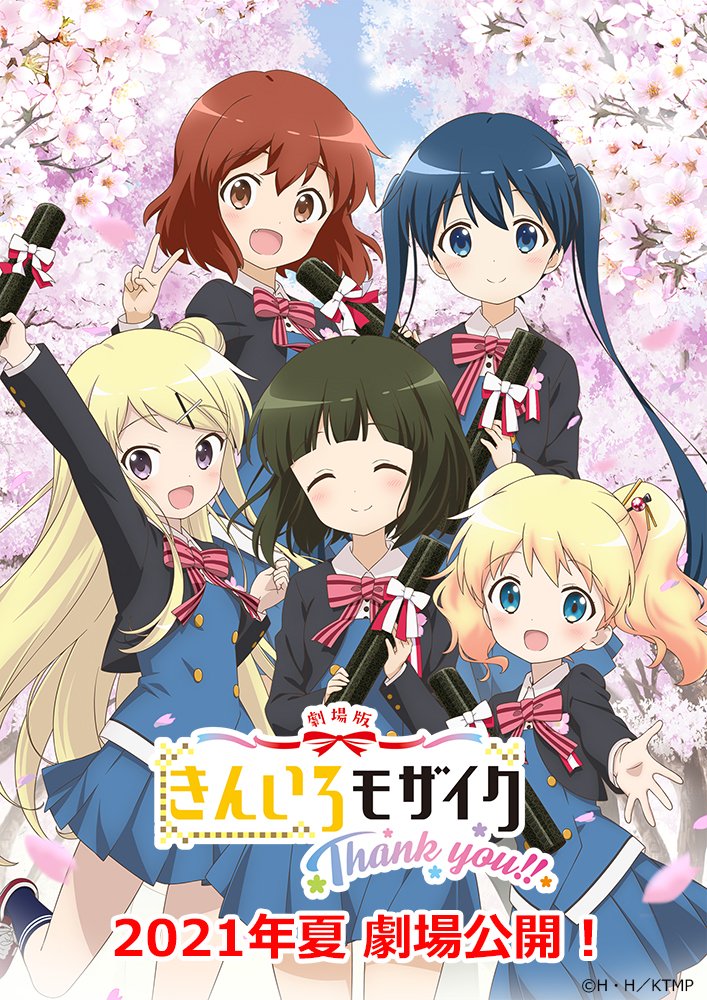