Chapters of the newest additions are all launching today 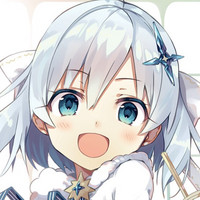 Publisher J-Novel Club announced the acquisition of five new titles during an industry livestream today, including four light novels and one manga adaptation. Chapters of all of the titles will be available to check out today via J-Novel Club's website and app.

Here's an overview of the latest to join the library: 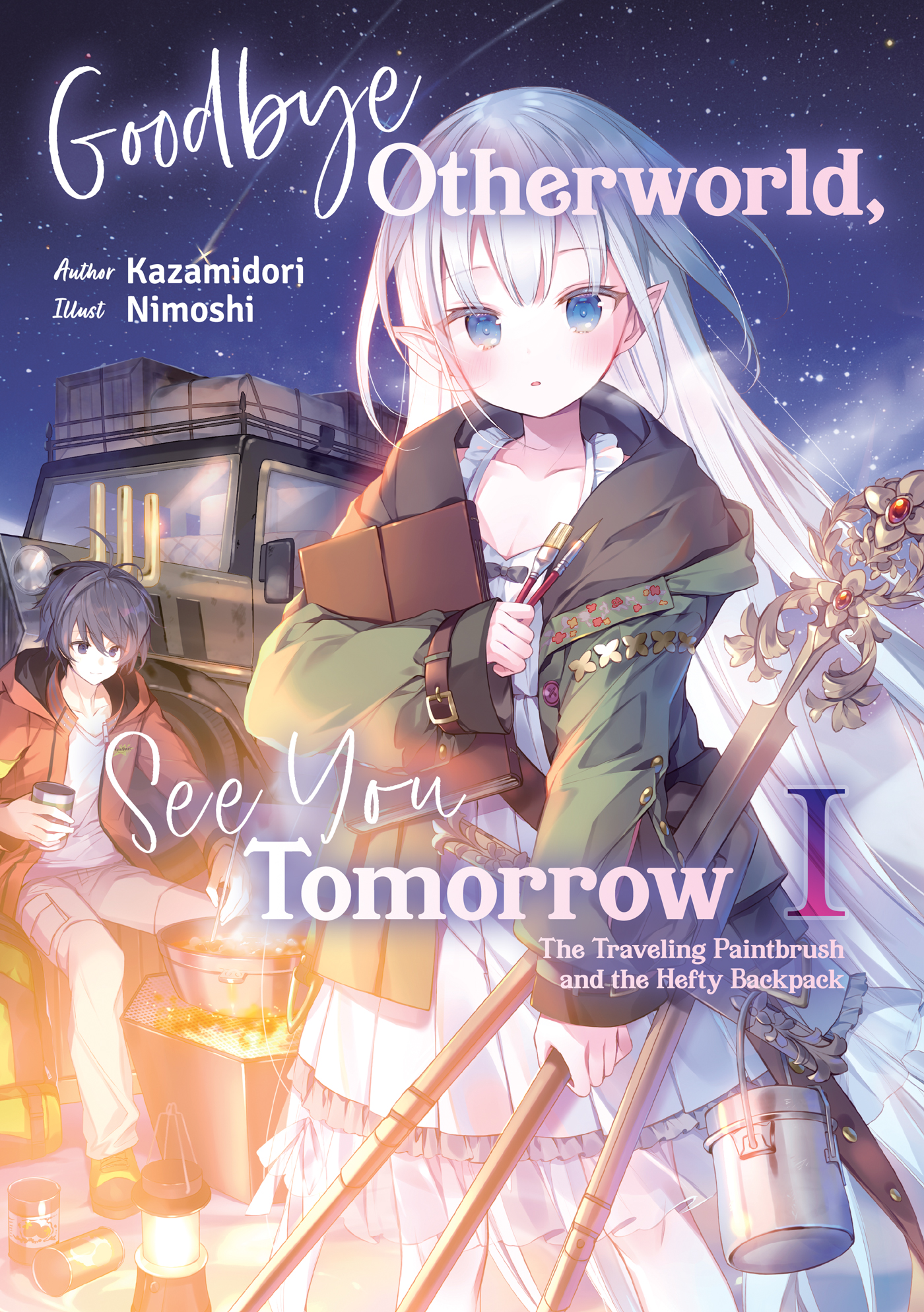 The world he woke up in is long dead, dusted in ashen powder, and yet Keisuke still sees splashes of color as he travels through it. For the longest time, he’s wandered alone across the deserted landscape, clinging to the hope that something—or someone—might be out there in the emptiness. When he finally stumbles across that someone, even more threads of color start to seep into the ashen world around them.

This time, when Keisuke sets off down the road, someone sits beside him in the passenger seat. The first acquaintance he’s ever made here, his first companion in this barren world. They’re both traveling in search of something, and after searching alone for so long, maybe they’ll have better luck working together? Their only lead is a witch who can answer any question—for a price. What will the two ask her, and what will she be able to tell them? More importantly, what will it cost them, and will they be willing to pay the price?

Private Tutor to the Duke's Daughter 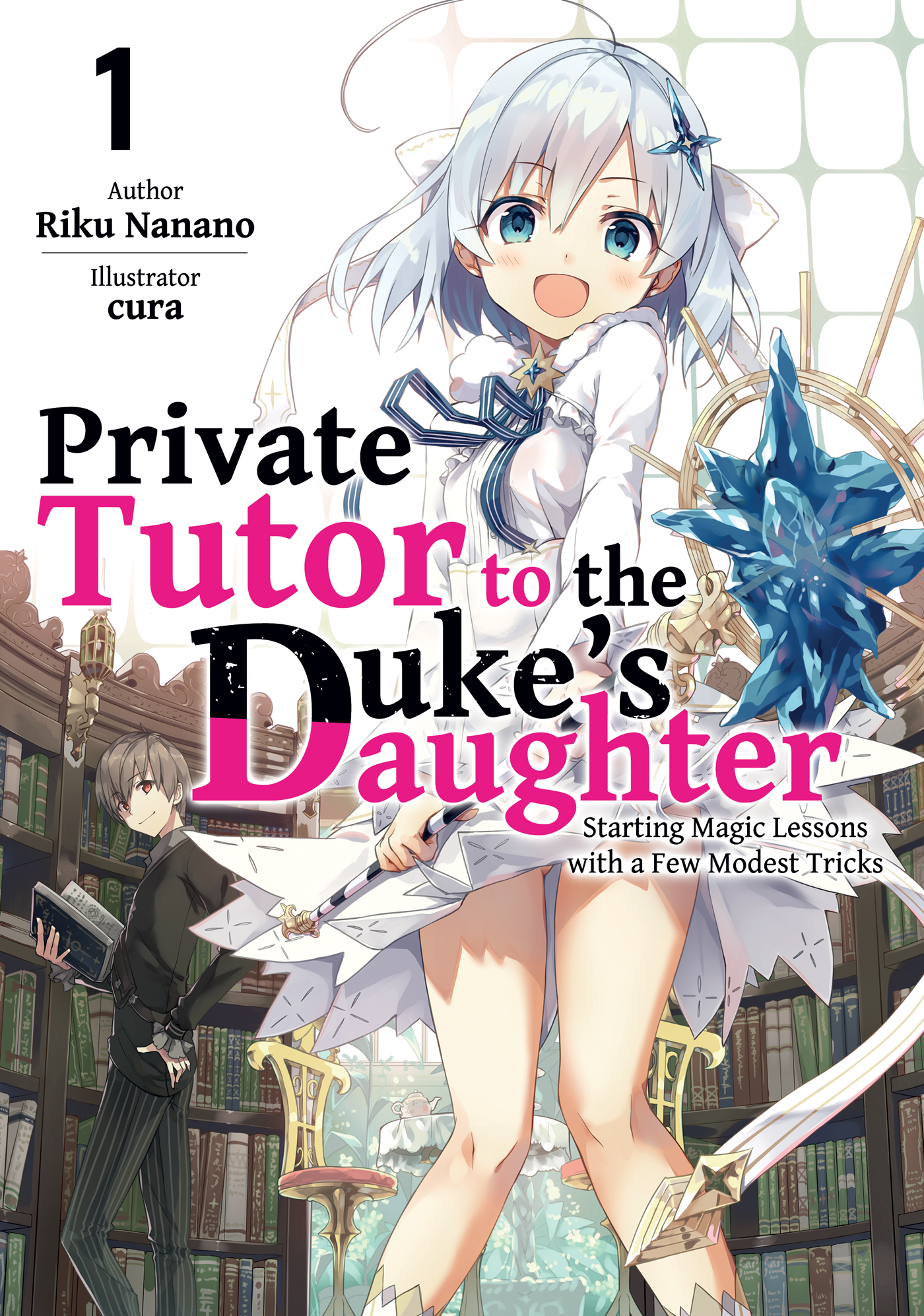 After failing the final exam for his dream job at the royal court, promising young sorcerer Allen wants nothing more than to retreat to a simple life in the countryside. Unfortunately for him, he can’t even afford the train fare! His only solution is to get a job, but his one lead is anything but modest—Duke Howard, one of the kingdom’s most powerful nobles, needs a private tutor for his daughter Tina.

Despite her academic brilliance, Tina is incapable of casting even a single spell. To make matters worse, entrance exams for the prestigious Royal Academy are fast approaching, and magical aptitude is mandatory! Can Allen use his unique brand of spellcasting to help Tina overcome her magical impairment, a mystery that not even the kingdom’s finest sorcerers have been able to solve? And does her father, the duke, even want him to?

Endo and Kobayashi Live! The Latest on Tsundere Villainess Lieselotte 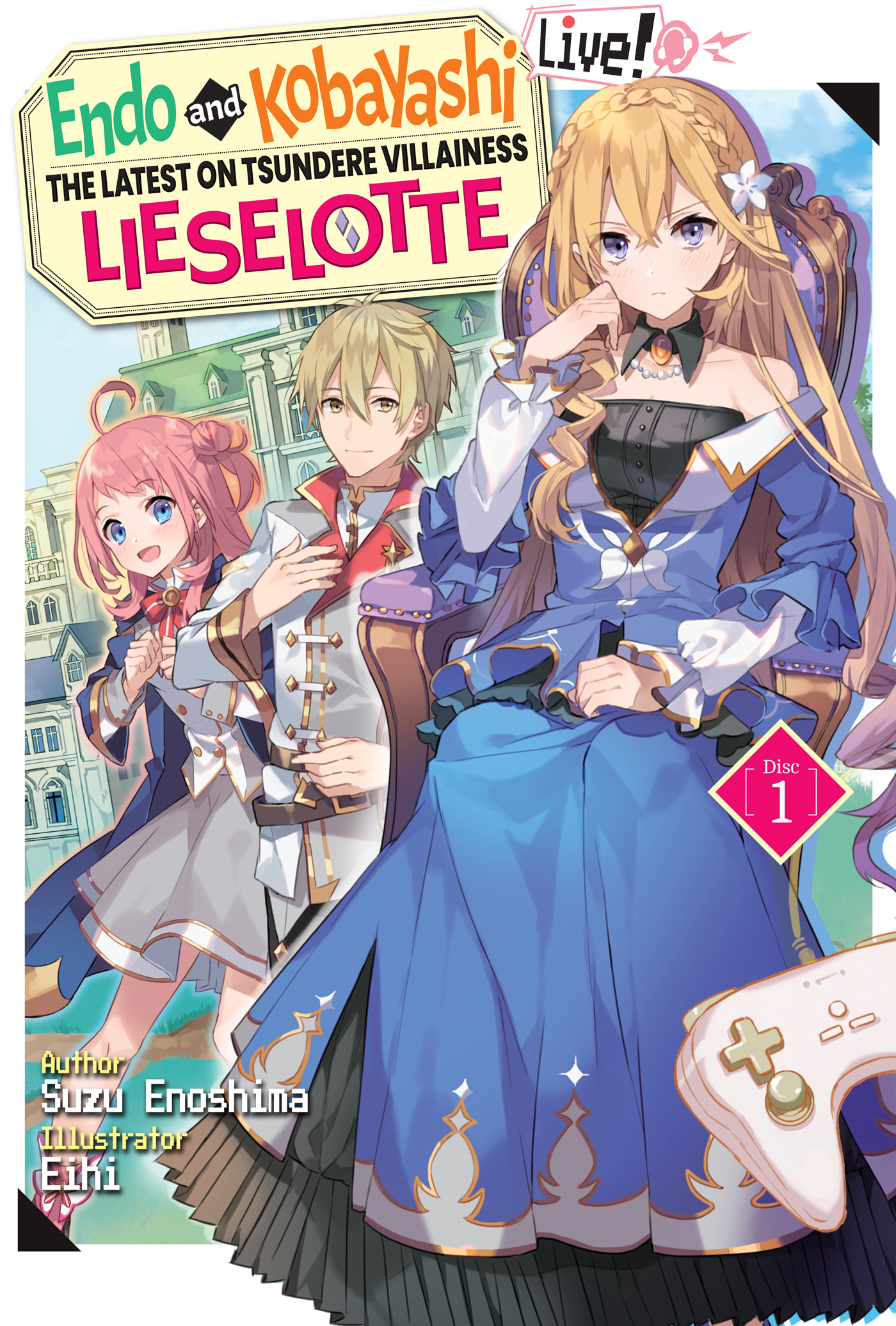 One day, Crown Prince Sieg hears the Voices of the Gods out of the blue. Apparently, his fiancée Lieselotte is a “tsun de rais” villainess destined to meet her demise...and her sharp tongue is just a way of covering up her embarrassment. The prince can hardly contain himself after discovering Lieselotte's adorable hidden side. Little does he know, the heavenly beings that bestowed this knowledge unto him are actually high schoolers!

Can he use their divine prophecy (let’s play commentary) to save his betrothed and avoid a Bad End?!

Full Clearing Another World under a Goddess with Zero Believers 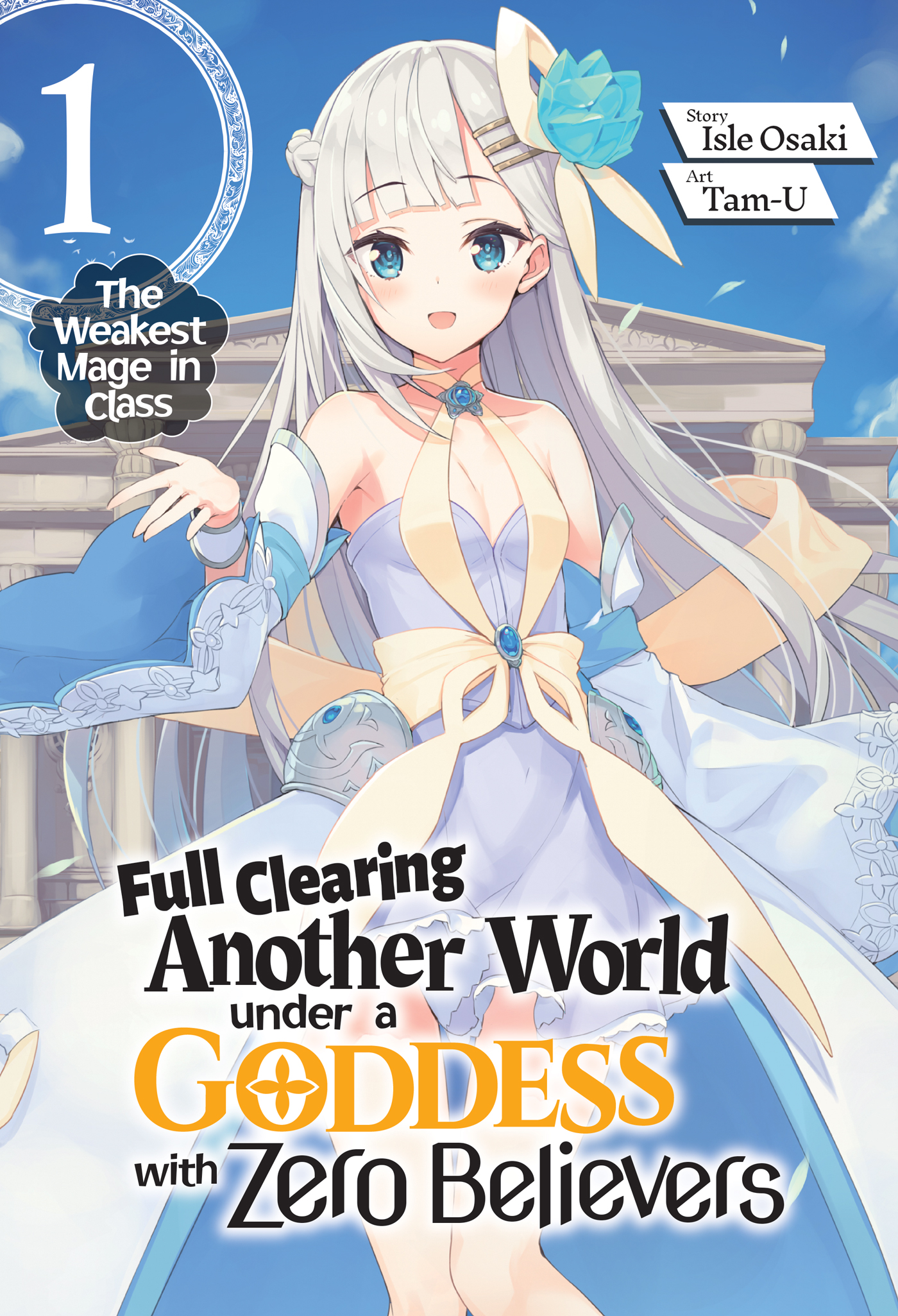 Makoto Takatsuki is a normal high school student and a hardcore RPG player. However, “normal” goes out the window when his whole class is involved in a bus crash and whisked away to another world! Powerful gods rule this strange new land of magic and monsters, and every newcomer is blessed with strong stats and unique skills. Well, not quite. Makoto’s stats turn out to be pathetic, and his skills are super weak compared to his classmates’...he’s even stuck as an apprentice mage. Worse still, he’s given only ten years to live!

Luckily, Makoto soon meets a minor goddess named Noah, who appears in Makoto’s dreams and asks him to become her first believer. With the help of Noah's blessings and a divine weapon, Makoto seeks to become strong enough to rescue his goddess from the dungeon where she’s been trapped. By training hard and using his weak skills in unorthodox ways, Makoto proves that, even when playing on hardcore difficulty, an RPG player always makes it to the end!

J-Novel Club also licensed the manga adaptation of the above series, which comes from Hakuto Shiroi. That one also launches today with the first chapter of volume 1. 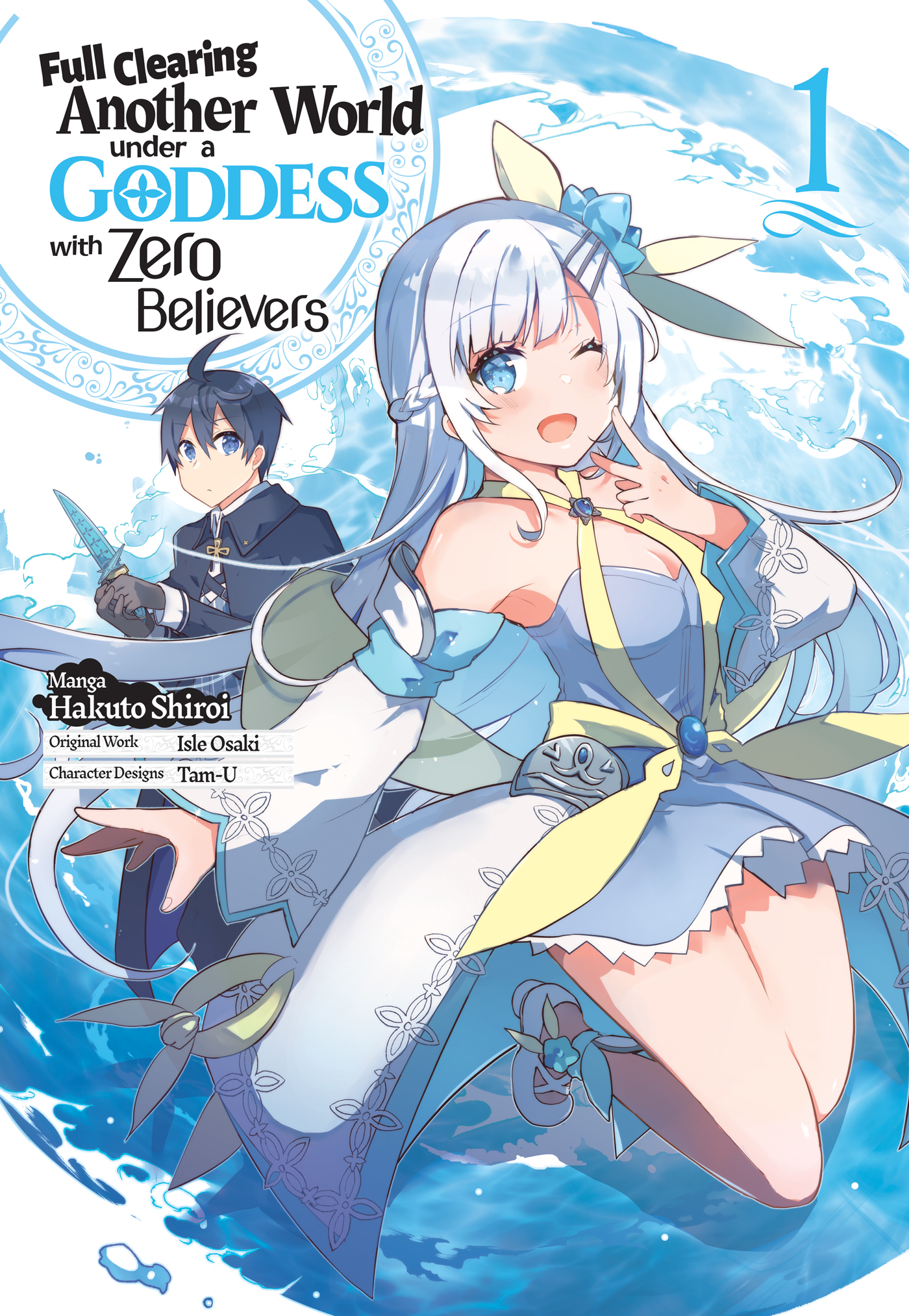