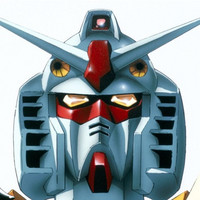 Three anime projects were announced at the "2nd Gundam Conference" streamed today on September 15, including a new TV anime series Mobile Suit Gundam: The Witch from Mercury, and a new anime film Mobile Suit Gundam: Cucuruz Doan's Island. Both of them are scheduled to be released in 2022.

Mobile Suit Gundam: The Witch from Mercury will be the Gundam anime franchise's first TV series in seven years since Mobile Suit Gundam: Iron-Blooded Orphans in 2015-2017. No further information has been revealed yet, except that it will be broadcast on TV in 2022.

As its title suggests, Mobile Suit Gundam: Cucuruz Doan's Island is based on the first Mobile Suit Gundam TV anime's 15th episode of the same name, which was aired in Japan on July 14, 1979. The first series' character designer / chief animation director Yoshikazu Yasuhiko will serve as the director. No details have been released other than that it is scheduled for theatrical release in 2022.