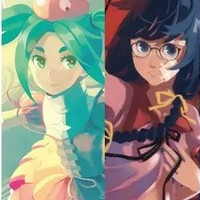 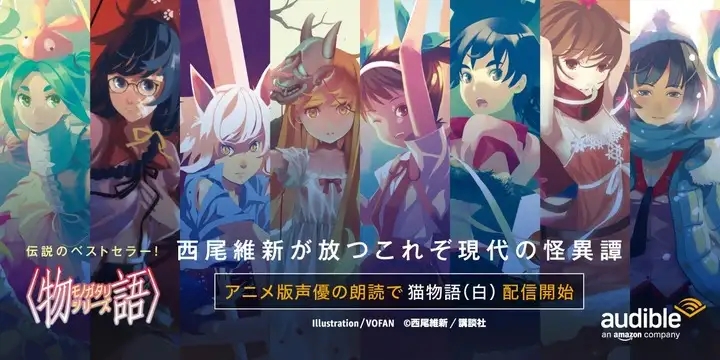 The Japanese arm of Amazon's Audible audiobook platform has announced additional audiobook entries in the Monogatari Series of novels written by Nisioisin. Following the release of the first wave of audiobook editions in February to mark the First Season of novels, the next wave of titles comprising the Second Season will begin releasing Friday, September 17th in Japan. Miyuki Sawashiro is the reader for Nekomonogatari (white) which will be the first one released, Yui Horie will read Hanamonogatari, Shinichiro Miki will read Otorimonogatari: Decoy Story and Yuka Iguchi will read Kabukimonogatari. 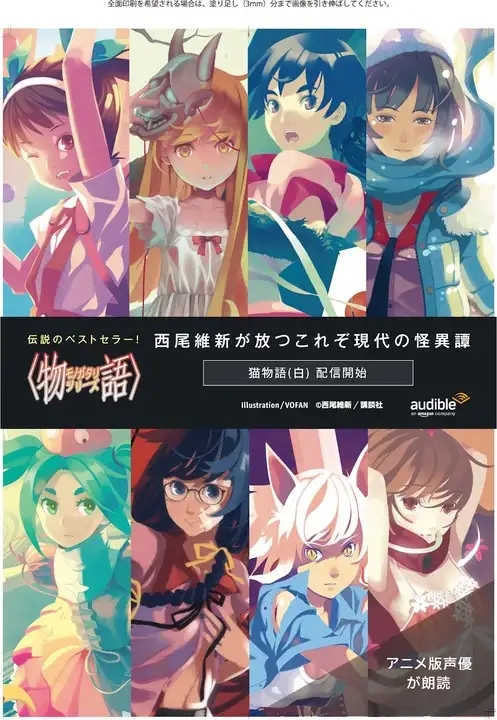