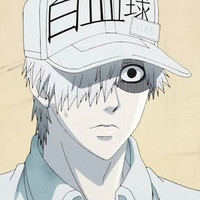 Some quick news for all you fans of the anime, biology, and physiology: English dubbed episodes of Cells at Work!, the TV anime adaptation based on the humorous and educational manga by Akane Shimizu that imagines the lives and struggles of anthropomorphic cells with the human body, are heading to Crunchyroll beginning at 3pm Pacific (6pm Eastern) on September 21, 2021.

The English dubbed episodes will be available for via streaming on Crunchyroll in the following regions: North America, Central America, South America, the Caribbean, Australia, New Zealand, the United Kingdom, Ireland, and South Africa.

Cells at Work! is directed by Kenichi Suzuki and Hirofumi Ogura and features animation production by David Production. Crunchyroll describes the story of the series as follows: