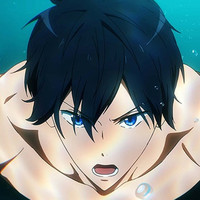 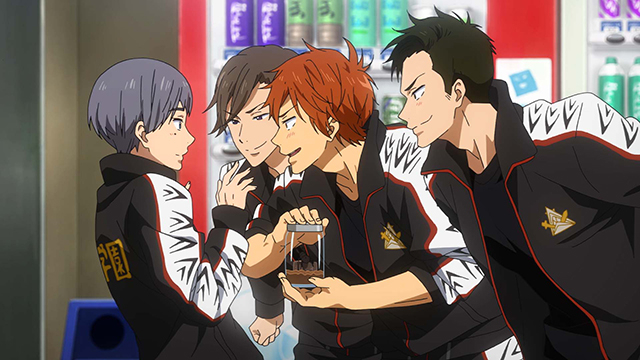 The first part of Free! the Final Stroke, the two-part final chapter of Kyoto Animation's Free! anime film series, was released in 151 theaters in Japan on September 17, 2021, then made its third place debut in Japan's weekend box office ranking of September 18-19.

Based on the light novel series written by Ohji Kouji, the Free! TV anime series was aired for three seasons in Japan from 2013 to 2018, while two compilation films of the TV series and two all-new films have been released from 2015 to 2019. The second part of Free! the Final Stroke is set to be released on April 22, 2022.

In its tenth weekend, Mamoru Hosoda's Ryu to Sobakasu no Hime / BELLE climbed up one place to second from last weekend's third. The film's total gross is now 6.1 billion yen (55.74 million USD) on 4.42 million admissions.

Last weekend's No.1 film, My Hero Academia THE MOVIE: World Heroes Mission, the third feature film in the My Hero Academia anime franchise, rapidly slipping down sixth place in its seventh weekend. But its total gross finally reached the three billion yen (27.41 million USD) mark to become the fourth top-grossing Japanese anime film of this year.

Kaguya-sama: Love Is War Final, the second live-action film adaptation of Aka Akasaka's romantic comedy manga, ranked seventh in its fifth weekend. Its cumulative total gross of 780 million yen (7.12 million USD) by its fourth weekend was only 35 percent of the total domestic gross of the first film released in 2019. Meanwhile, the live-action film adaptation of Ken Wakui's Tokyo Revengers down two places to ninth in its 11th weekend. The film has earned an impressive 4.31 billion yen (39.39 million USD) and is expected to become the top-grossing Japanese live-action film of this year very soon, by surpassing Rurouni Kenshin: The Final (4.32 billion yen).

10 (4). "The Woman of Science Research Institute: The Movie"