The special edition comes with a "Jigsaw Puzzle of Candy Land" 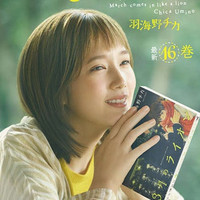 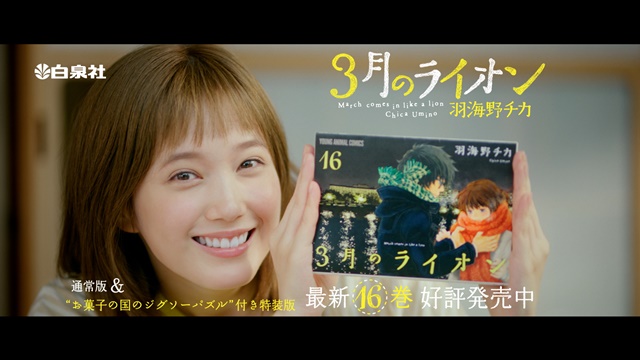 Hakusensha had announced that the PV and poster for the latest 16th volume of Chika Umino's March Comes In like a Lion manga will feature a "certain person" who has a love for the manga that even the author is surprised. Today on the release day of the volume in Japan, following the teaser clip that hid the person's face, the publisher's official YouTube channel posted a 30-second PV to reveal she is actress Tsubasa Honda (Winry Rockbell in the Fullmetal Alchemist live-action film).

The volume's 1,540-yen special edition comes with a "Jigsaw Puzzle of Candy Land." In the clip, she prepares a lot of sweets, assembles the puzzle, and is impressed by the content of the latest volume's story. The posters showing her reading the volume is available on the manga's official website and will also be displayed in bookstores nationwide. 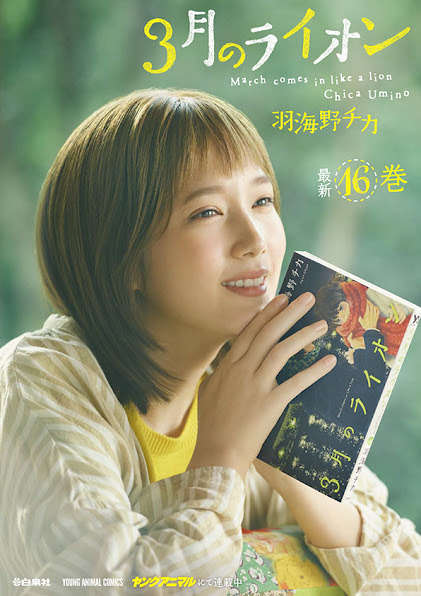 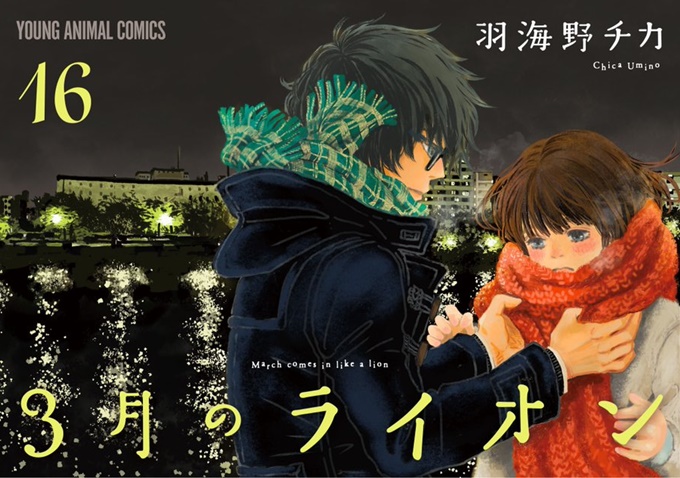 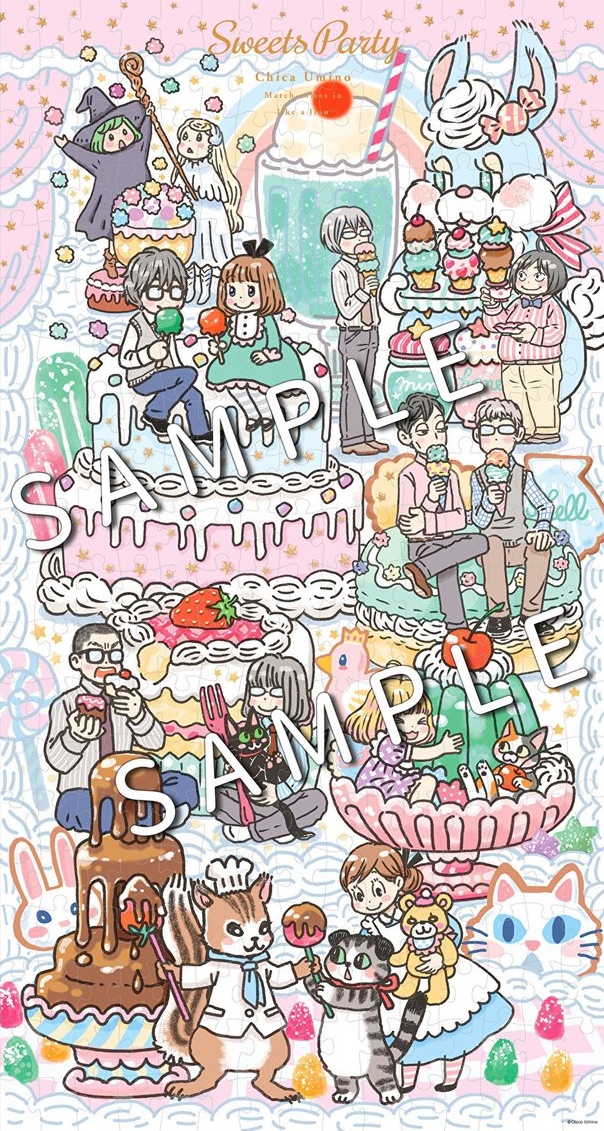