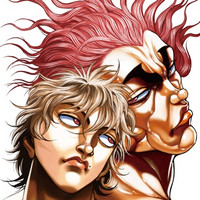 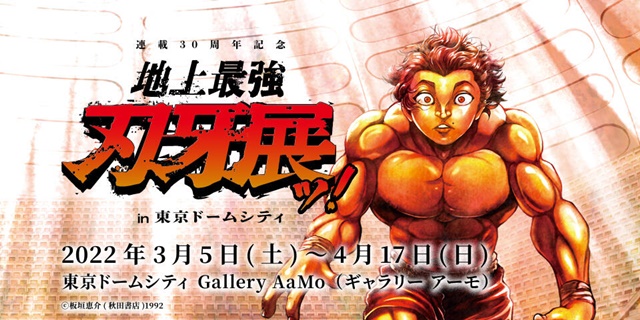 The manga series' first installment Baki the Grappler started serialization in the magazine in October 1991, then its sequels Baki (199-2005), Baki Hanma (2006-2012), Baki-Dou (2014-2018), and Bakidou (2018-ongoing) have followed. Because the "underground arena" where the story takes place is located on the sixth basement floor of Tokyo Dome, the Baki series and the baseball arena are teaming up for the first time to hold the largest exhibition ever.

This exhibition looks back on many famous battles of the Baki series with original manga drawings, including some that have never been shown before, and asks the questions - "What is strength? What is the strongest on earth?"

In addition to a life-size figure of Baki Hanma and a diorama of Baki's house, the exhibition will also feature a full-scale "underground arena" to be built through crowdfunding. The crowdfunding campaign for the goal of 2,200,000 yen (19,730 USD) will be held on Campfire from October 8 to November 27, 2021. 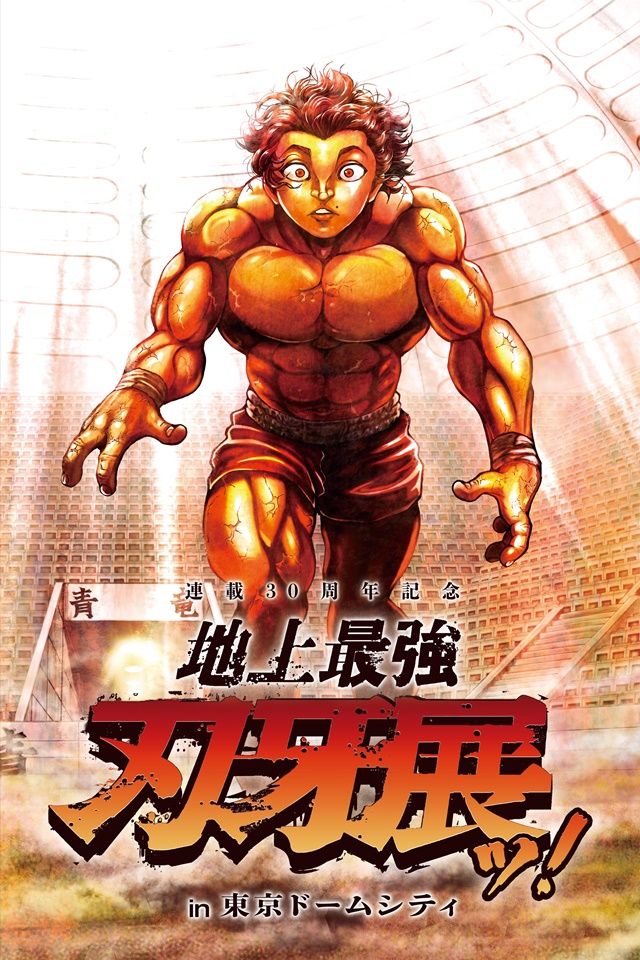 "Underground arena" drawn in the manga: 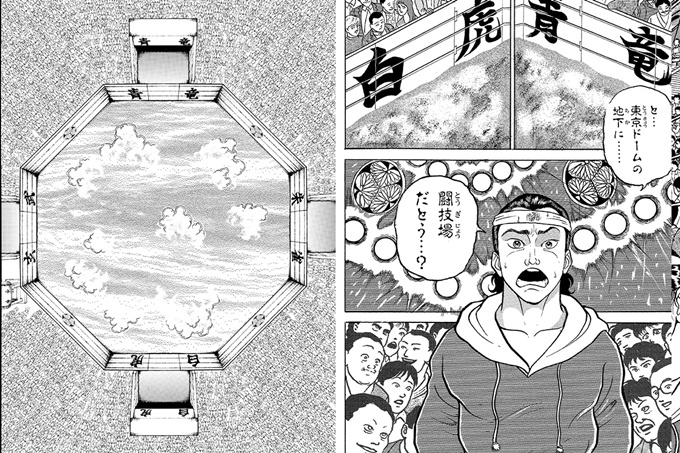 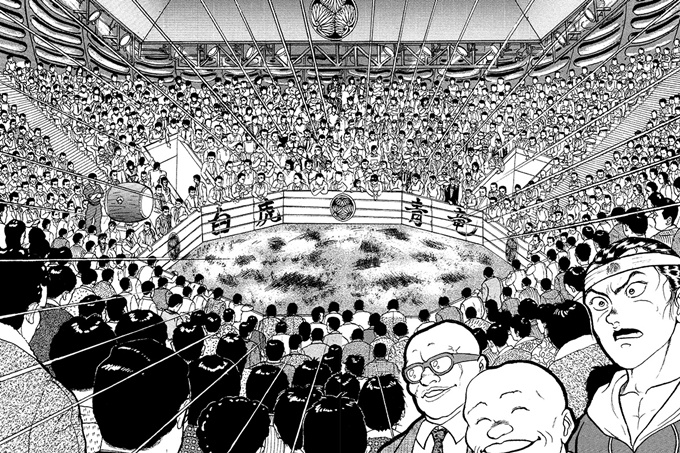 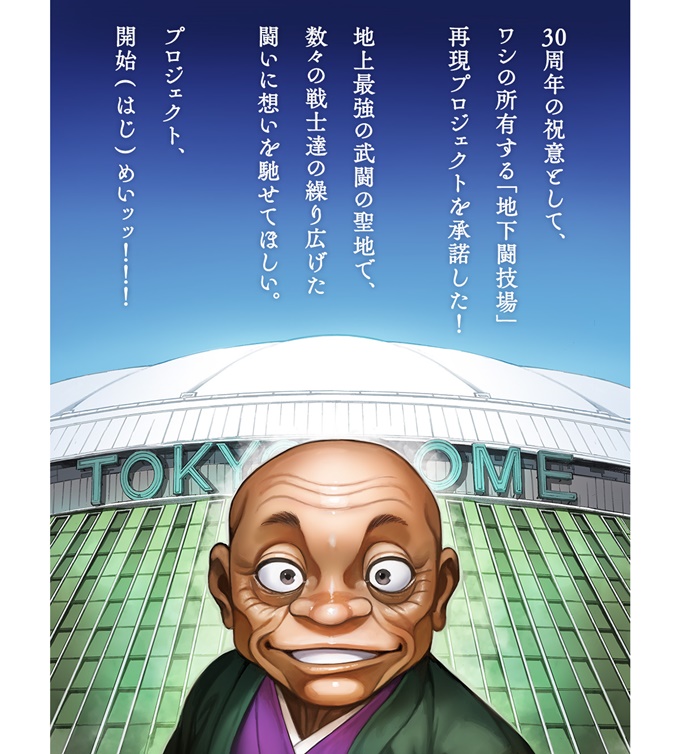 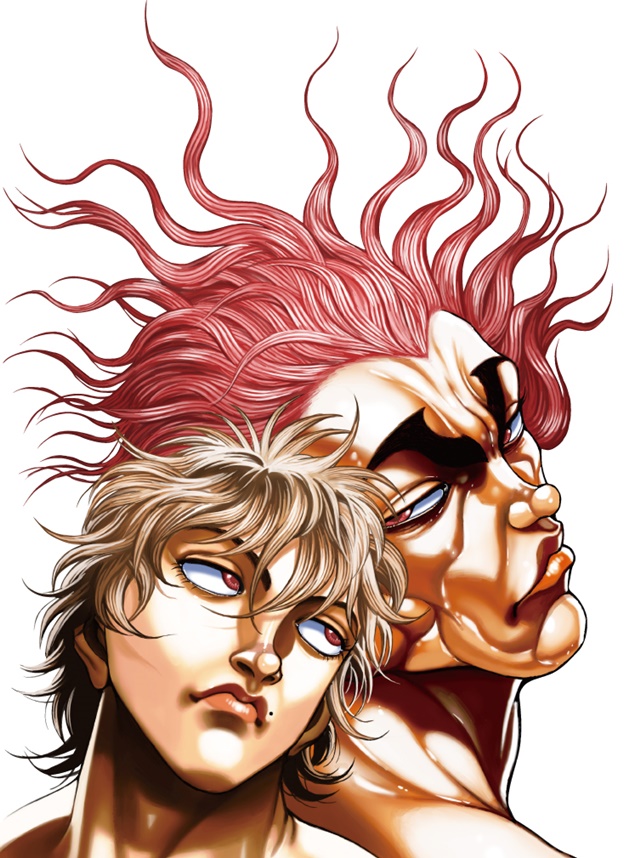