General sales of the tickets will begin on December 18 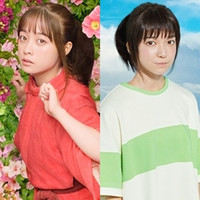 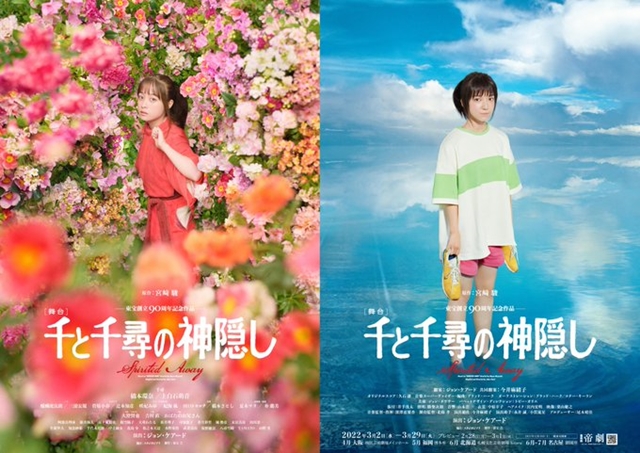 A press conference for the forthcoming stage play adaptation of Hayao Miyazaki's 2001 anime film Spirited Away was held at The Prince Park Tower Tokyo in Tokyo on November 9, and two poster visuals featuring Kanna Hashimoto (Kagura in the Gintama live-action film series) and Mone Kamishiraishi (Mitsuha Miyamizu in Your Name.) as the protagonist Chihiro were revealed for the first time.

The two actresses will be playing the same role and appearing on the stage on different days. In the poster visuals, Hashimoto is in the uniform of the bathhouse "Aburaya," surrounded by pink flowers. Meanwhile, Kamishiraishi wears Chihiro's personal clothes, a T-shirt and shorts, standing against the blue sky and sea.

The play will be performed as a commemorative work for the 90th-anniversary of Toho, the original anime film's distributor. Tony Award-winning musical theater director John Caird is attached to direct. The anime film's original soundtrack music composed by Joe Hisaishi will be also featured in the play. General sales of the tickets will begin on December 18, 2021.