“The people of Earth do nothing but pollute it." 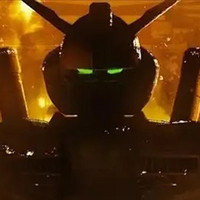 After the first concept visual of the upcoming Mobile Suit Gundam live-action film was revelaed with the titular robot walking through flames last week, its director Jordan Vogt-Roberts went to Twitter today to talk up his excitement over the film, as well as quote one of the most famous lines from Char Aznable in the 1988 Mobile Suit Gundam: Char's Counterattack anime film.

Anyone who knows me knows that concept artists are absolute titans to me. I would switch jobs with them in a heartbeat. Thus I take great joy in letting the world see the work of the great Stephen Zavala at @ILMVFX. An absolute wizard surrounded by wizards

There was already speculation that the live-action film at Netflix might touch on Char's Counterattack, from Vogt-Roberts sitting in front of a Gundam that was first designed from the same film in a previous video message. In the second tweet, Vogt-Roberts writes "SEIG ZEON!" hinting towards a film set in the U.C.

Vogt-Roberts noted that the fiery Gundam concept design was done at ILMVFX by concept artist Stephen Zavala, who has worked on the Star Wars franchise, Pacific Rim, Godzilla: King of the Monsters, and more.

Jordan Vogt-Roberts, who is best known for directing Kong: Skull Island and will also be helming the live-action Metal Gear Solid film, will be directing the adaptation based on a script by Under the Dome showrunner Brian K. Vaughan, who is also an executive producer on the film. Cale Boyter will oversee the project on behalf of Legendary and Sunrise, while Jason Young, director of Netflix original films, will oversee the project for the streaming service.

No date for the Gundam film has been announced as of yet.