The last chapter was published today in Weekly Shonen Magazine 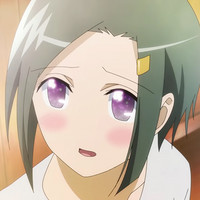 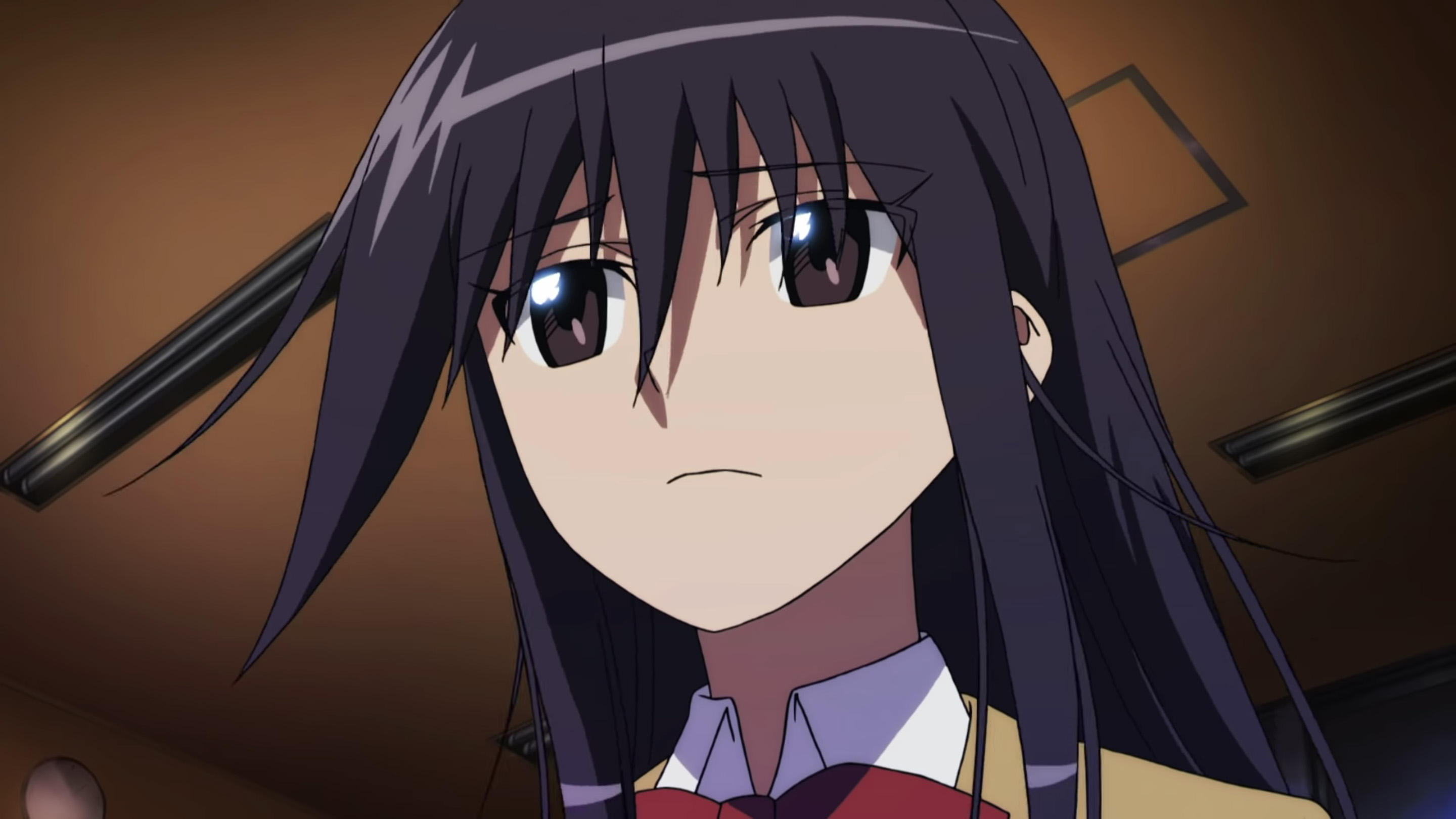 Today marked the final chapter of the cult-classic manga series Seitokai Yakuindomo, a four-panel comedy slice-of-life manga by Tozen Ujiie. The last chapter was published today in Weekly Shonen Magazine alongside a collaboration with Japan's top cosplayer Enako, who wore the school uniform that fans have gotten to know over the last 15 years.

This week's issue of Weekly Shonen Magazine featuring Enako on the cover: 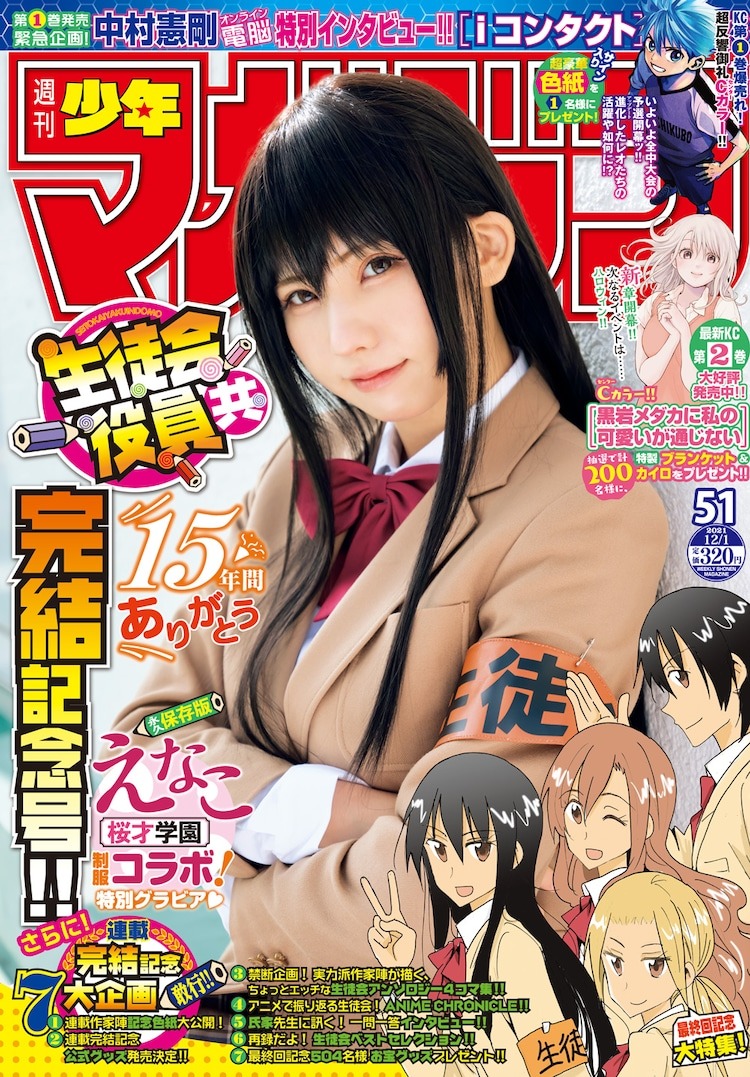 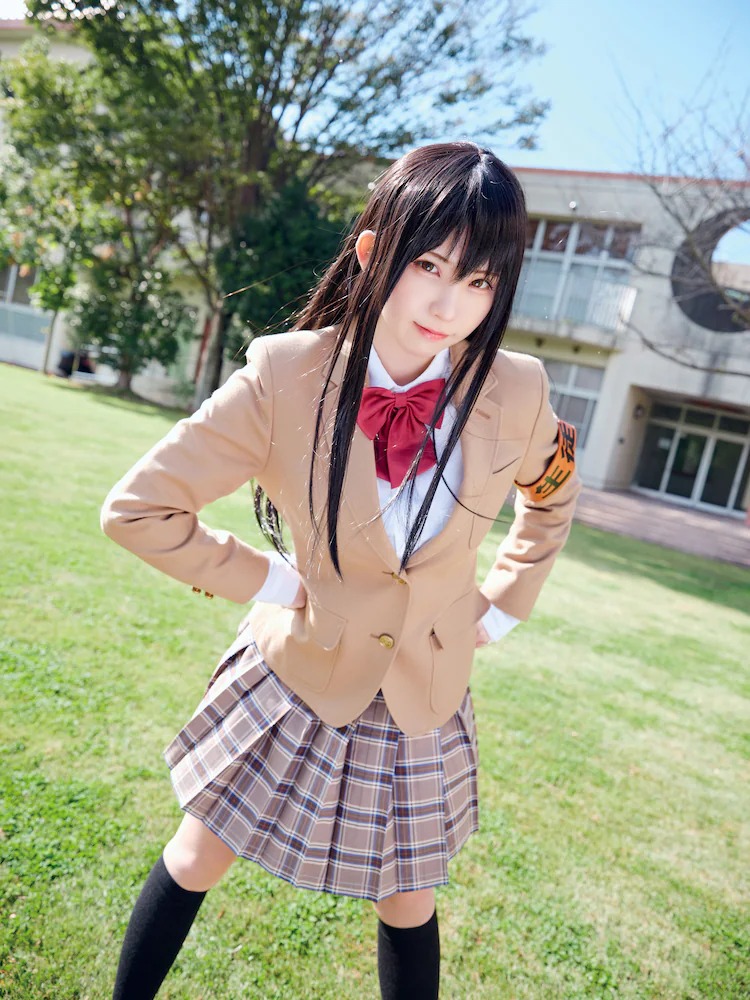 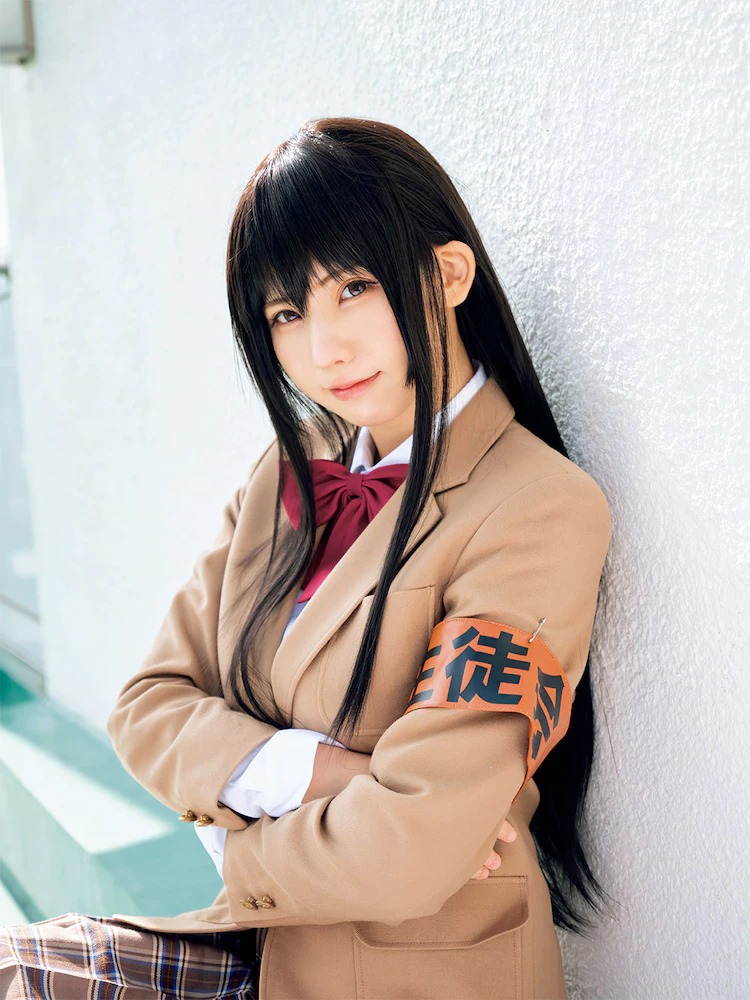 Title page from the chapter: 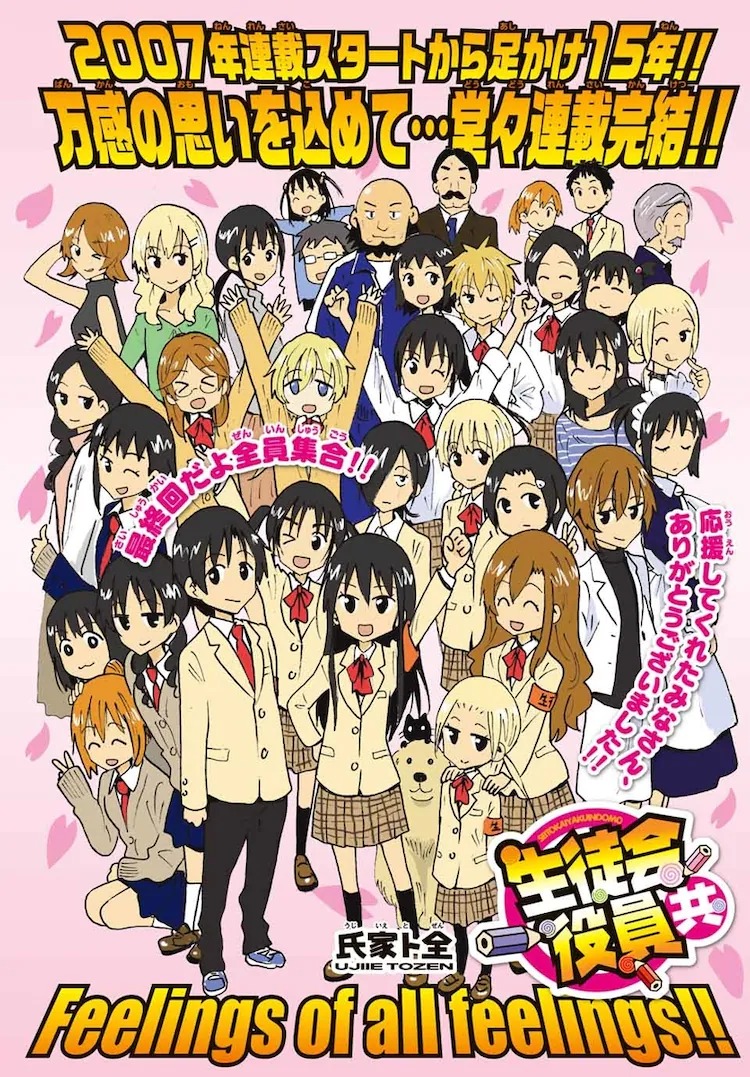 Seitokai Yakuindomo began in May 2007 in Kodansha's Magazine Special, where it ran for a year and was eventually transferred to Weekly Shonen Magazine in July 2008, where it has been serialized since. The manga was adapted into two TV anime series, two OVA series, and two anime films, with the last film opening in Japanese theaters on January 1, 2021. The final volume of the collected chapters is scheduled to be released in January 2022, capping off the series.

Seitokai Yakuindomo creator Tozen Ujiie commented on the ending, saying it was a "dense 15 years," and that they "were honored to have spent that time with the readers." Thank you Ujiie-sensei for the laughs!