Crunchyroll Serves Up English Dub for Restaurant to Another World 2 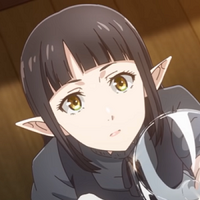 Some delicious news for all you fans of gourmet isekai fantasy out there: Crunchyroll is now streaming an English dubbed version of Restaurant to Another World 2, a currently broadcasting TV anime based on the series of light novels written by Junpei Inuzuka and illustrated by Katsumi Enami about a portal that leads from a magical world into a Western-style restaurant on Earth.

The English dub of Restaurant to Another World 2 is available in the following regions: the United States, Canada, the United Kingdom, Ireland, Australia, New Zealand, South Africa, the Nordics, and the Netherlands. Two episodes are currently available now, and new episodes will be released on a weekly schedule.

Restaurant to Another World 2 is directed by Masato Jinbo and features animation production by OLM. Crunchyroll describes the story of the series as follows: