SPY x FAMILY is usually released once every two weeks 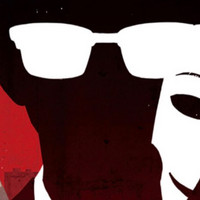 For those looking forward to the next chapter of the SPY x FAMILY manga, you'll have to wait another two weeks for it to be released says editor Shihei Lin on his Twitter account today. While that may seem like bad news, instead of this week's chapter of the tactical daily life manga, a one-shot manga by Tatsuya Endo will be released in its place called I SPY.

Lin explains that I SPY is the "origin" of SPY x FAMILY, likely being the original concept that became the hit series. The Japanese release of the one-shot will come with a commentary piece about the "secret story" of its production. It's not confirmed if the one-shot will hit platforms outside Japan as of writing.

SPY x FAMILY is serialized bi-weekly on Shonen Jump+ in Japan, with 12.5 million copies of the physical manga series currently printed as of the upcoming release of volume 8 on November 4 in Japan. Viz Media releases the series in English on the Shonen Jump and Manga Plus app as it comes out in Japan, as well as physical volumes.

The TV anime adaptation for SPY x FAMILY is scheduled to be released in 2022 with Kazuhiro Furuhashi (Hunter x Hunter 1999, Mobile Suit Gundam Unicorn) in the director's chair at WIT STUDIO and CloverWorks. Kazuaki Shimada (The Promised Neverland, Mahou Shoujo Nante Mouiidesukara) is adapting the original manga designs into character designs for the anime. (K)NoW_NAME is producing the music for the series. Crunchyroll will stream the anime as it airs, describing it as such: