Akatsuki works on anime production as a prime contractor 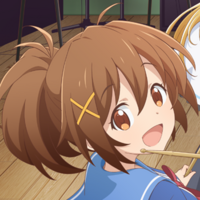 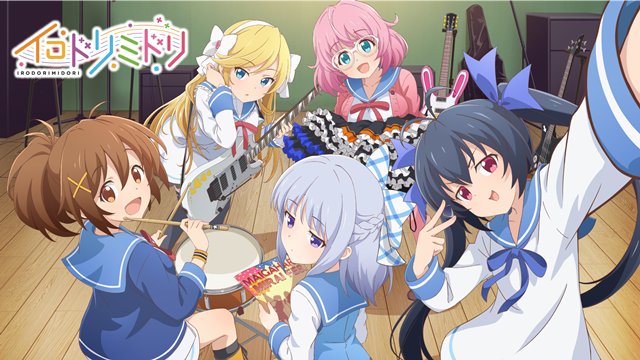 The official website for IRODORIMIDORI, a short TV anime series inspired by a high school girl rock band of the same name born from SEGA Interactive's arcade rhythm game franchise CHUNITHM, has announced that it is set to premiere on TOKYO MX on January 4, 2022, then on AT-X two days later.

The game was officially released in Japan on July 16, 2015, and the band IRODORIMIDORI also started its mixed-media development based on the music used in the game, such as radio drama, manga, manga short movies, and live concert events. The band's original five main voice cast members in the game are confirmed to reprise their roles in the anime as well.

- She is a reckless, cheerful, and energetic mood maker. She has an extremely positive character that loves to have fun, and looks for fun even in things that are not fun. Once she gets an idea that sounds fun, she can't stop doing it. When she gets interested in something her friends are doing, she says, "I'll do it too!," and pokes her head in one after another. 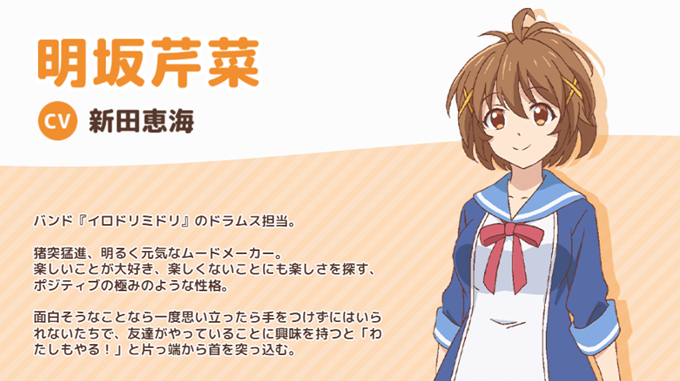 - She always acts (or wants to act) gorgeous and cool, and has a older-sisterly nature. She is a caring and responsible person, and unlike everyone else, she has good grades and is quick-witted. She accepts to take care of business easily without much thought when she is flattered, and asserts herself too much at times. 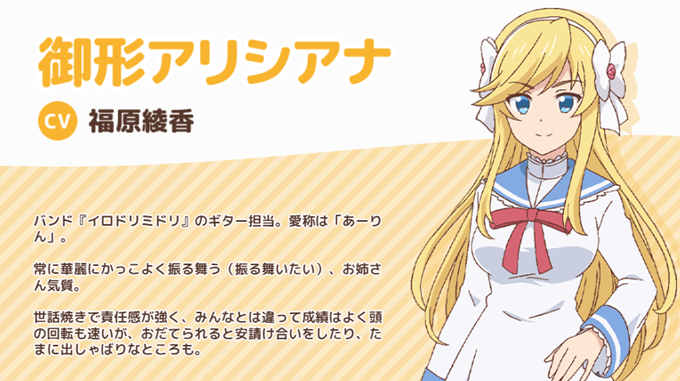 - She is shy, always reserved and appears to be in a daze, but is a hard working person who is on fire inside. Whether it is because of her lack of physical strength or her personality, she always moves slowly. She seems to be a slow learner, but she is more determined than anyone else. 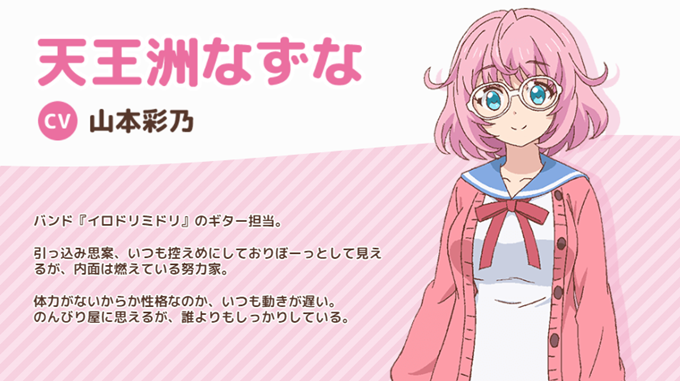 - Cool and intelligent, but she is a bit weird "actual" sub-leader. She is usually quiet and expressionless. She does not show any emotional ups and downs. In spite of her young appearance, she is always observing her surroundings calmly, and when she opens her mouth, she speaks harshly. 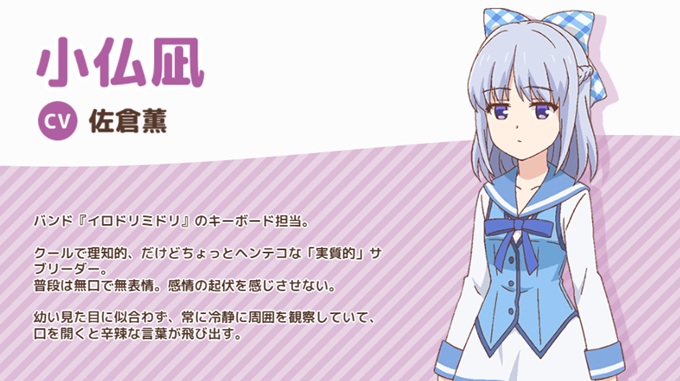 - She may be small, but she is a trickster with full power. She talks a lot, moves a lot, and loves to play pranks and mess with people. She is always restless and impatient like a child. Her sense of style is outstanding, and she seems to embody the saying, "There's a fine line between genius and something else." 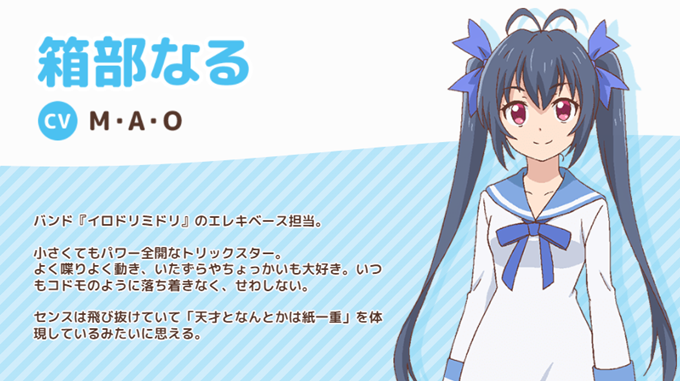 The story takes place at Maigahara High School attached to Maigahara College of Music, also known as "Maimai". At this school, where students aspiring to become musicians gather, there is a rumor whispered by some students that they will receive a mysterious score by giving their best performance at the school festival. The source of the rumor is unknown, but students whose grade are not so well before the festival mainly participate. Like the other students, IRODORIMIDORI also decided to make their much-awaited appearance at the festival.