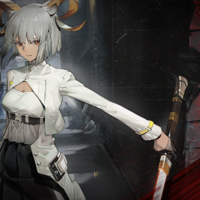 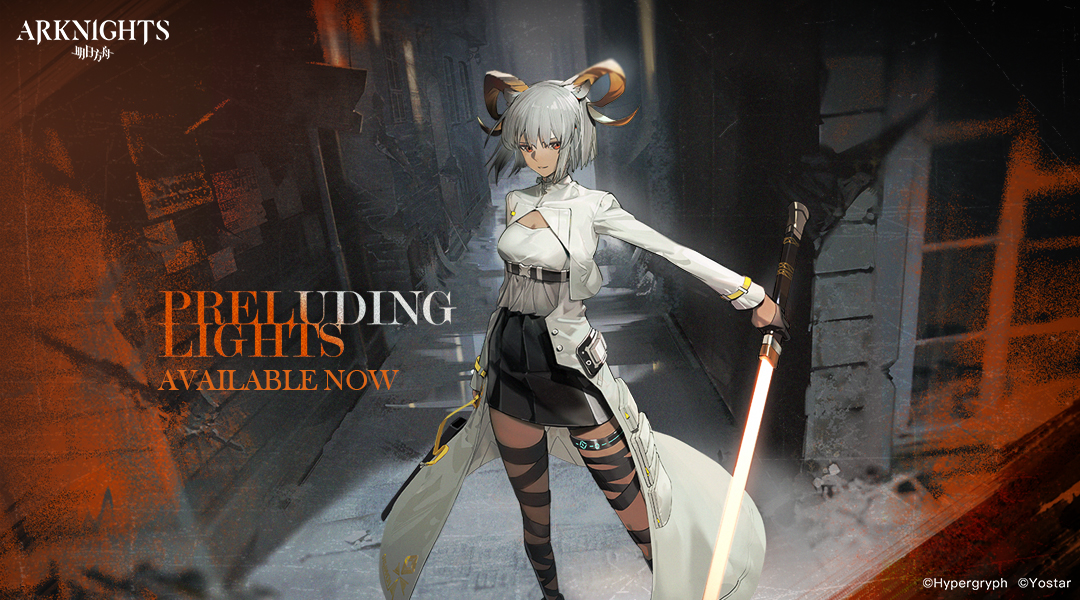 “Preluding Lights” brings 6 stories, unveiling the mysteries that remain in the previous events and also setting a stage for the following updates. Players will travel through Ursus，Sargon，Iberia, Karlan Trade CO., LTD, and have deeper insights into these places’ background stories. 2 new faces, Carnelian and Bena will also show up in the plots, offering players a chance to learn their unique personalities.

During the limited-time event “Preluding Lights”, players can obtain Clearance Permits from clearing all stages except for Annihilation and Extreme Mode to redeem rewards, including Bena, Bena’s token, furniture piece: Antique Display Cabinet, LMD, Battle Record, Elite materials, etc. Players can also exchange for Information Fragments that can be used to unlock stories in this and any previous story collections.

In addition to the various rewards for players to claim, 4 new Operators are joining the game.

Carnelian, a 6-star Caster, is Beeswax’s sister coming from Sargon. Carnelian’s talents allow her to restore her HP and get the effect doubles when charged. With Carnelian’s skill activated, her Attack Range will increase and her Attack will also be strengthened. When charged, the same target receives increased damage from Carnelia.

Kirara, a 5-star Specialist, owns a talent that restores her HP continually, and the effect increases if there are no other allied units around. Kirara’s first skill enables her next attack to deal additional Arts damage, while the second skill increases the effect of her talent, and deals Arts damage to all enemies within her Attack Range.

Bena, the other 5-star Specialist, is the bonus operator that can be obtained for free. Bena possesses a unique trait that can leave a Substitute after being defeated and swap back to the original after a while. Her talent enables the Substitute to deal Arts damage and reduces the damage taken by the Substitute.

Indigo, a 4-star Caster, can store up her attacks when unable to find a target and fire all at once. Thanks to her talent, Indigo’s attack can bind a target. Her first skill, when activated, changes Indigo’s Attack Range and reduces her Attack Interval greatly, with some loss of the damage each attack deals.

The event will also introduce a crossover with I.T, granting operators trending outfits in the game. “Cómodo” for Thorns, “Liberté//Échec” for Surtr and “Ursus IO79” for Zima will be available at the store for the time being. A newly added furniture set, “Lena’s Rest”, will be on sale as well. Be sure to check it out!

Founded in 2014 and publisher of Azur Lane and Arknights, Yostar Games specializes in game development, global distribution, investment, and video game IP management. Situated in Tokyo and Shanghai, Yostar Games has rapidly become the top publisher and developer of the anime genre in China and is striving to become a global leader in the gaming industry.