Arrest was made on December 20, according to Kyodo News 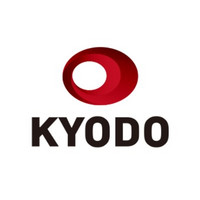 The Toyota Police Department of the Aichi Prefectural Police arrested Suzuki, a resident of Funabashi City in Chiba prefecture, on December 20. Nishi Nippon reported Suzuki said that he “really wanted to obtain nude photos of children from abroad which are not readily available in Japan” in a testimony to the police.

Suzuki is alleged to have imported six books from Germany in September and October in two shipments via international registered mail, where it was discovered by Nagoya customs, who then alerted the Nagoya District Public Prosecutors Office Okazaki branch office. Toyota Police Department said they also found 46 books in Suzuki’s home that contained obscene material featuring minors in an investigation on December 20.

Suzuki was previously reported as missing by a friend to the Funabashi Police on December 13 and reported found safe on December 14 by the same friend.

40-year-old Kenya Suzuki is best known for the manga series Please tell me! Galko-chan, which is currently being serialized on ComicWalker. The manga inspired a TV anime adaptation in 2016.