1MYB Tour is set to kick off this February, and the series will be on display at Anime Japan 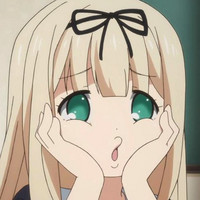 After years since the initial announcement, which was made way back in 2015, we finally have a release window for the second season of the KanColle anime. Ship girls will once again hit the water for more anime based on the Kantai Collection game when season 2 premieres in fall 2022.

The announcement was made during the Chinjufu New Year Special Live! 2022 event, and production company C2 Kikan shared a roundup of news on its Twitter account. Other plans include the 1MYB Tour—which kicks off at Tokyo's Zepp Haneda on February 14, followed by Osaka's Zepp Namba on March 9-10 and Zepp Nagoya on March 13, among other locations—and a showcase at this year's Anime Japan 2022 in March.

Crunchyroll streamed the first season of KanColle as it aired and describes it: