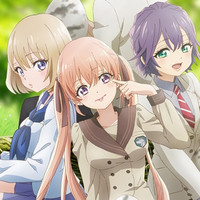 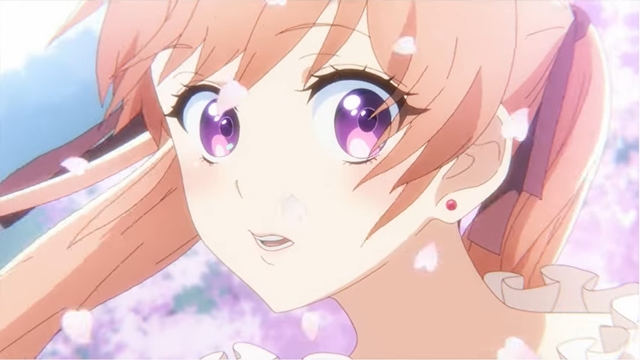 UPDATE 1/31/22: Added the English subtitled trailer to the article.

Following the character PVs focusing on the three main heroine characters, the official website for the upcoming TV anime adaptation of Miki Yoshikawa's romantic comedy manga A Couple of Cuckoos finally posted a 60-second first main PV to announce its premiere date of April 2022. It will be aired on TV Asahi network's "NUMAnimation" programming block.

In addition to the introduction of the anime's four main characters, the clip also features the OP theme song  "凸凹" (Dekoboko) sung by Ikimonogakari vocalist Kiyoe Yoshioka. She says, "I'm very honored to be in charge of the OP theme for the TV anime 'A Couple of Cuckooss' with the song '凸凹.' It is an uplifting and wonderful love song written and composed by Haruko Nagaya of Ryokuoushoku Shakai. And the song is also performed by the members of Ryokuoushoku Shakai! I'm so happy! I would be glad if this song can color the main characters of 'A Couple of Cuckoos,' who are tossed about by fate, along with the anime. I hope you enjoy both the anime and '凸凹'!" 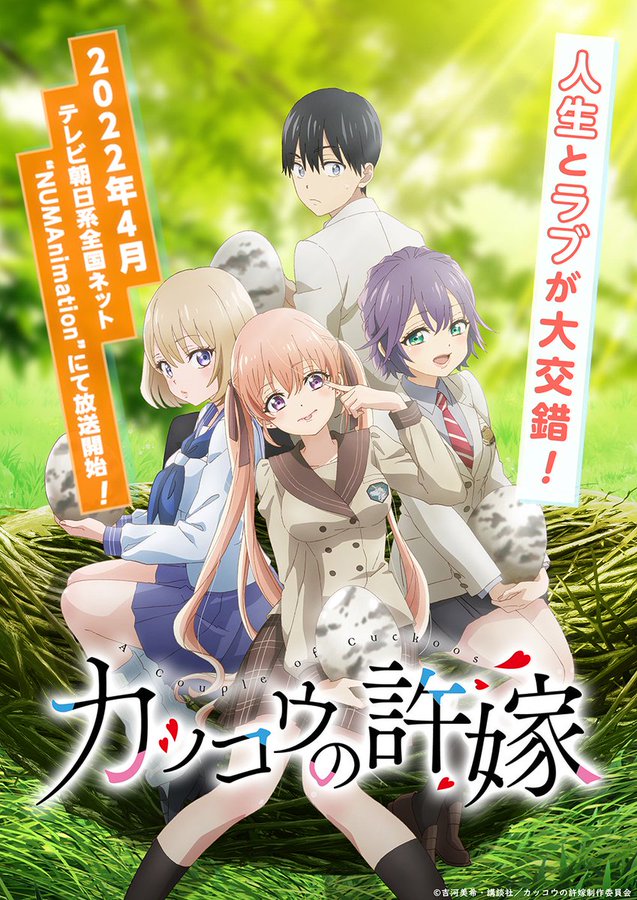 Following the author's two previous hit manga series, Flunk Punk Rumble (2006-2011) and Yamada-kun and the Seven Witches (2012-2017), A Couple of Cuckoos has been serialized in Kodansha's Weekly Shonen Magazine since January 2020, and its latest tenth volume is also released in Japan today. Its Englsh edition's publisher Kodansha USA introduces its story as below: