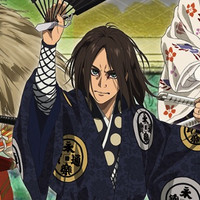 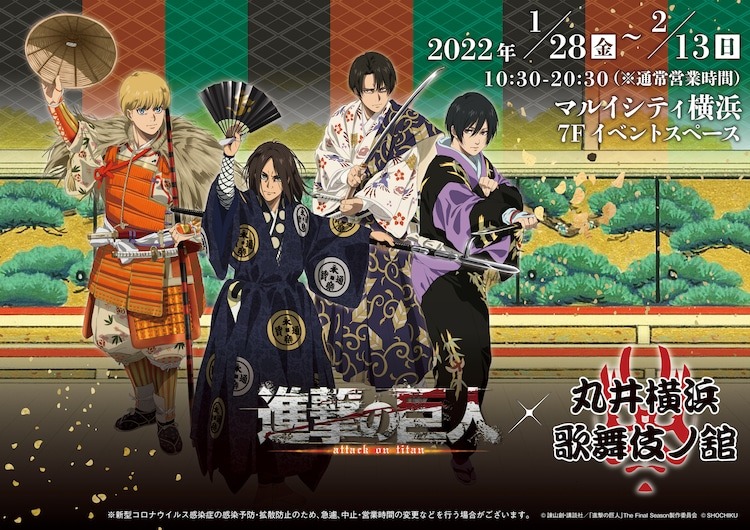 The characters of Attack on Titan Final Season are setting their uniforms aside for some different garb for a limited time thanks to an upcoming event that partners the series up with the world of classical Kabuki theater. The limited exhibition will be held from January 28 to February 13 at the Marui City Yokohama shopping mall in Kanagawa, and a special illustration from MAPPA is being used as the event's main visual.

You can see the new visual's Kabuki-style take on Armin, Eren, Levi, and Mikasa above. Naturally, the art for the event will be plastered across a bunch of different goods, with items to be on sale as the event kicks off. 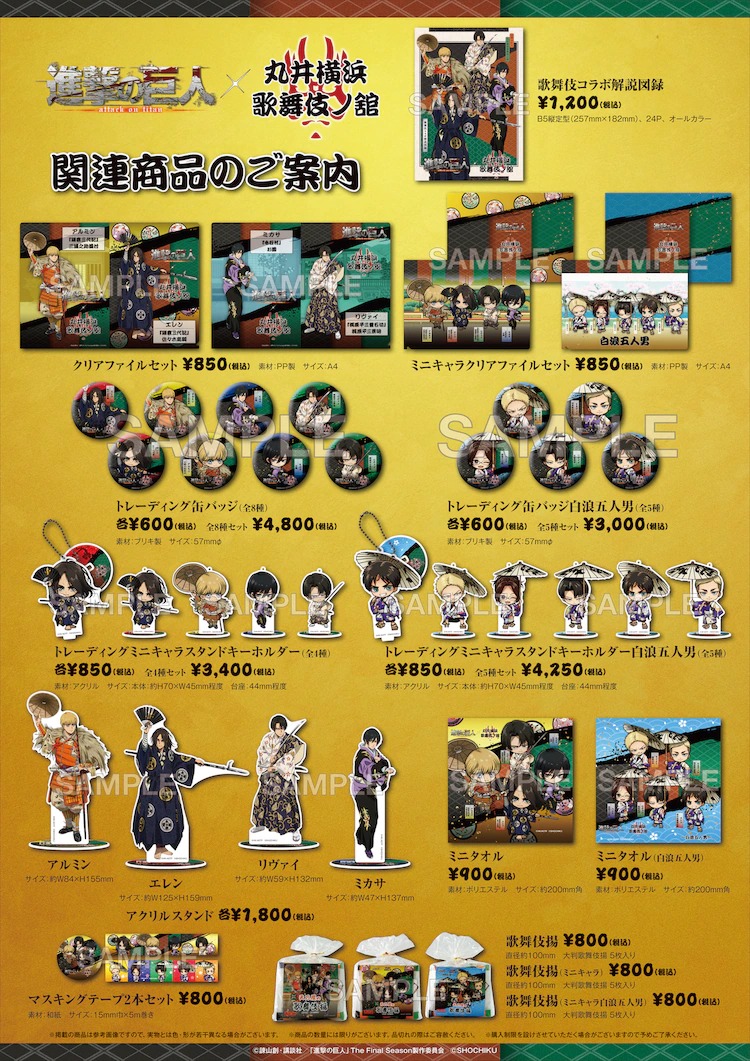 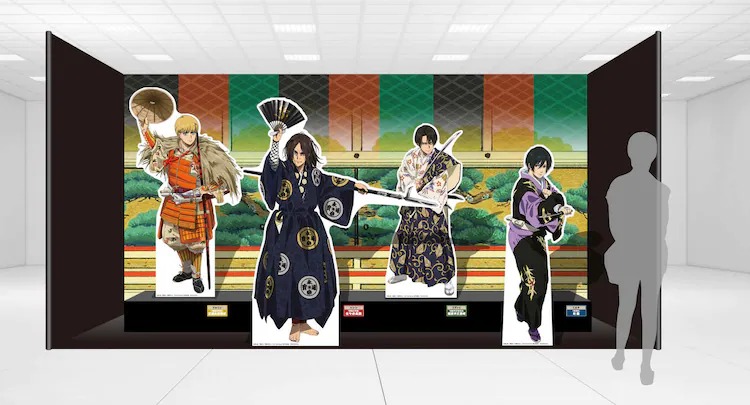 There's also a talk show on the way featuring Eren VA Yuki Kaji and Kabuki actor Ainosuke Kataoka. Further details will be announced via the official website at a later date. 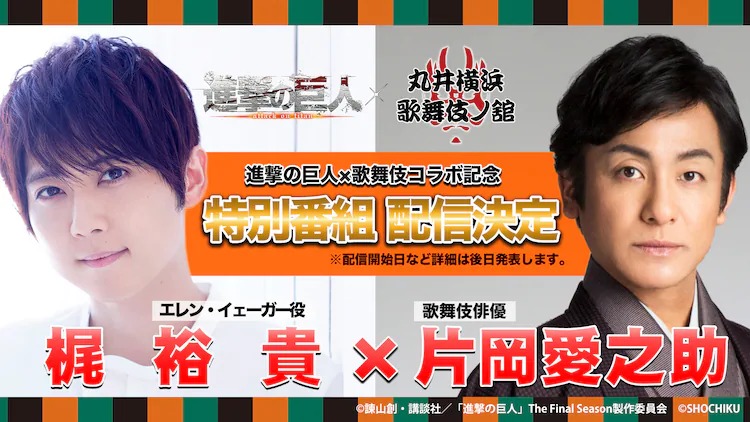