Rivals Reflect in Legend of the Galactic Heroes: Die Neue These Visual 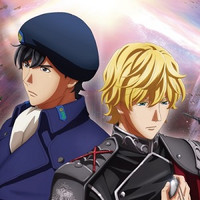 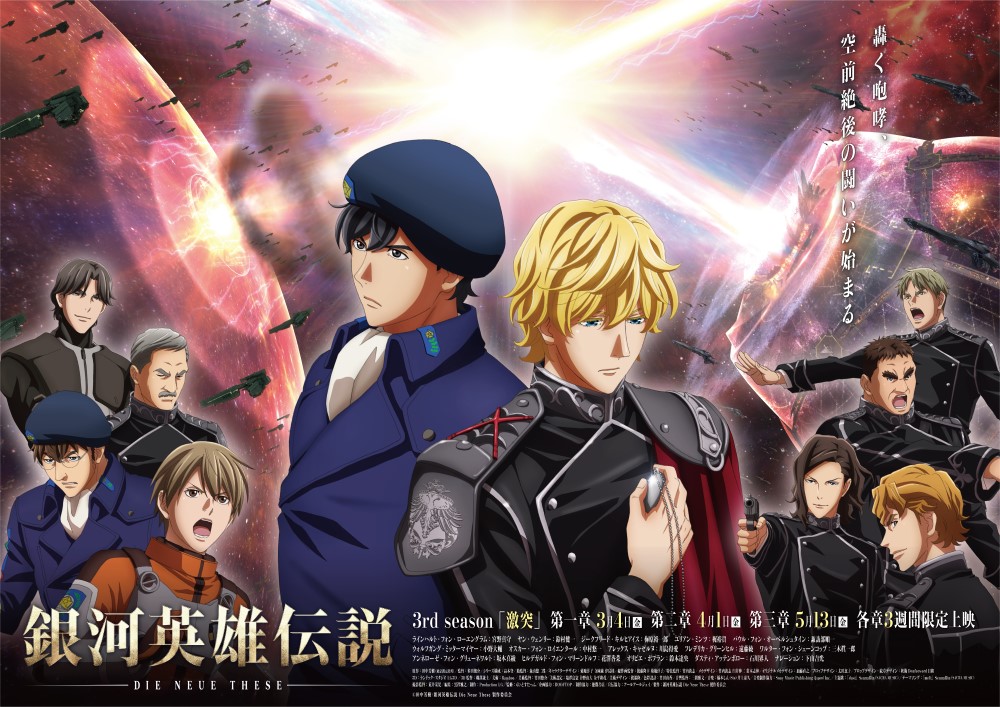 A dramatic new key visual (above) has been revealed for Legend of the Galactic Heroes: Die Neue These Clash, the third season in the latest anime adaptation based on the epic science fiction novel series writthen by Yoshiki Tanaka about a pair of military commanders who shape the fate of a galaxy-spanning human civilization with their rivalry.

Crunchyroll currently streams the first two seasons of Legend of the Galactic Heroes: Die Neue These and describes the story of the series as follows: 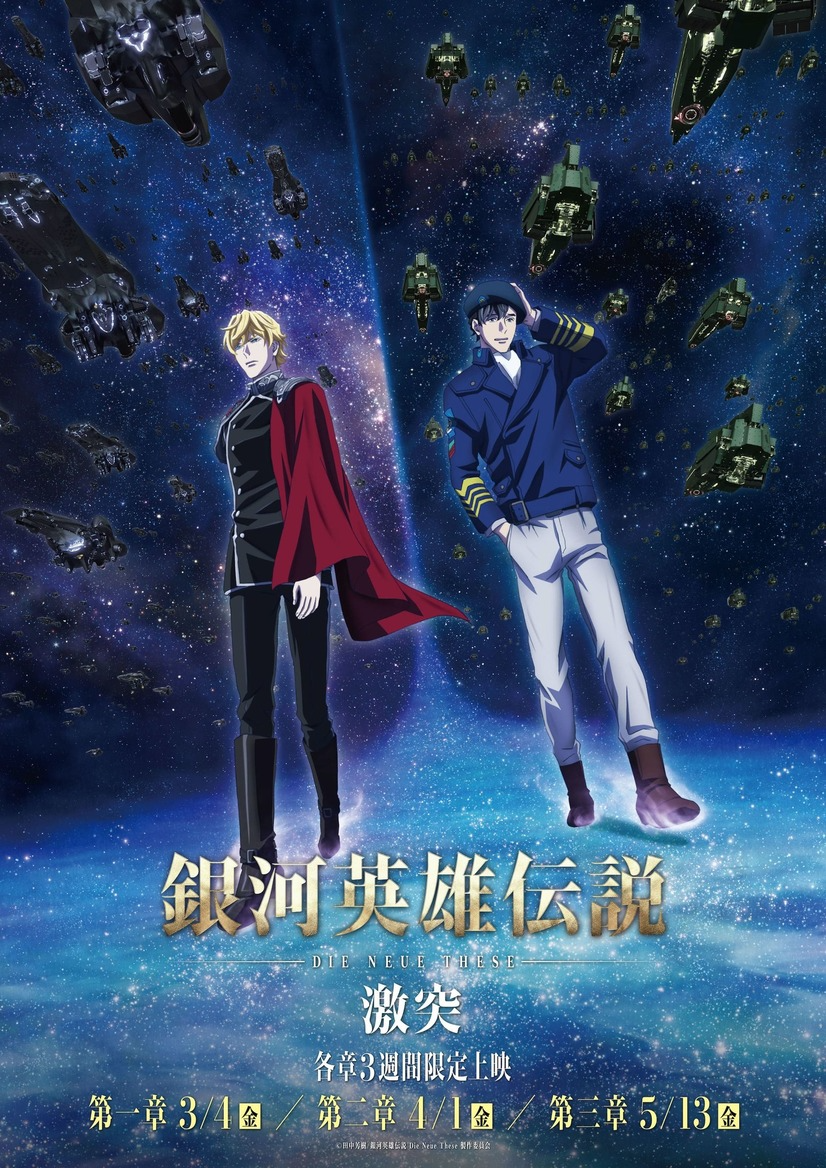 Legend of the Galactic Heroes: Die Neue These Clash is directed by Shunsuke Tada and features animation production by Productin I.G. The series will receive limited theatrical screenings in Japan with the first part debuting on March 04, 2022, followed by the second part on April 01, 2022, and the third part on May 13, 2022.