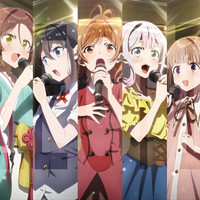 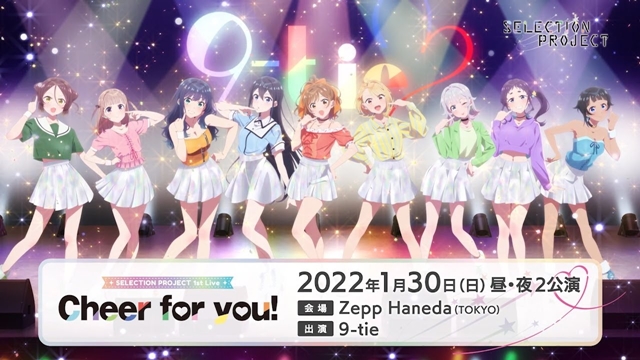 In the story, "SELECTION PROJECT" is a nationwide idol audition reality show held every summer, and is considered to be the biggest gateway to success for aspiring idols. The TV anime directed by Daisuke Hiramaki (WATATEN!: an Angel Flew Down to Me) was aired in Japan from October to December 2021 and also streamed on Funimation.

"SELECTION PROJECT 1st Live ~Cheer for you!~♦" is set to be held at Zepp Haneda in Tokyo twice (14:30/18:30) on January 30, 2022. This is the first solo concert by the nine members of the franchise's maim VA unit 9-tie. Tickets for the daytime session are already sold out.