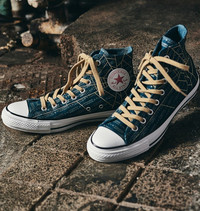 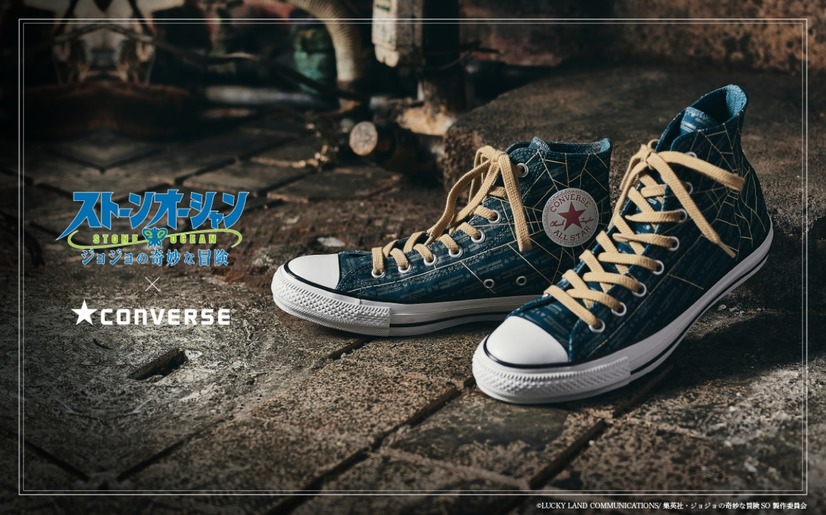 Converse Japan is no stranger to Jojo's Bizarre Adventure, having collaborated with the franchise on tie-in footwear for nearly a decade since 2014. Now, in the wake of the Part 6 anime premiere, the footwear brand has decided to make Jolyne Cujoh's own footwear into a collectible item squarely aimed at superfans.

The shoes will have the same pattern as Jolyne’s clothing, and her trademark butterfly will hang off a collectible charm attached to one of the shoes. They are now available for pre-order from Premium Bandai for  ¥13,200 or USD $114.30 at current exchange rates until February 20th and the shoes are slated to be delivered in March 2023. 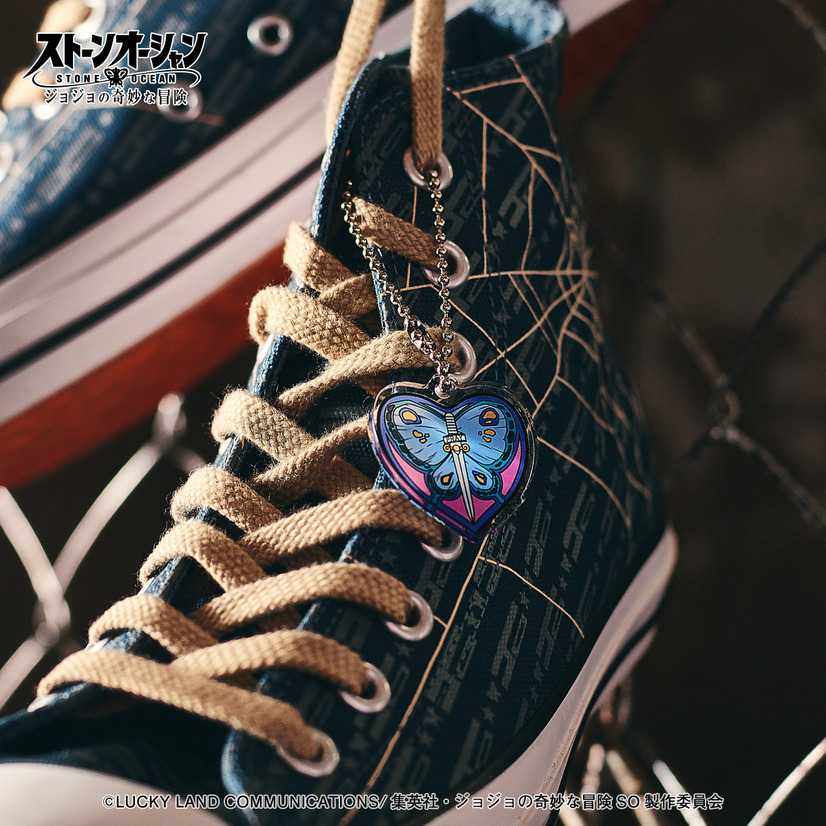 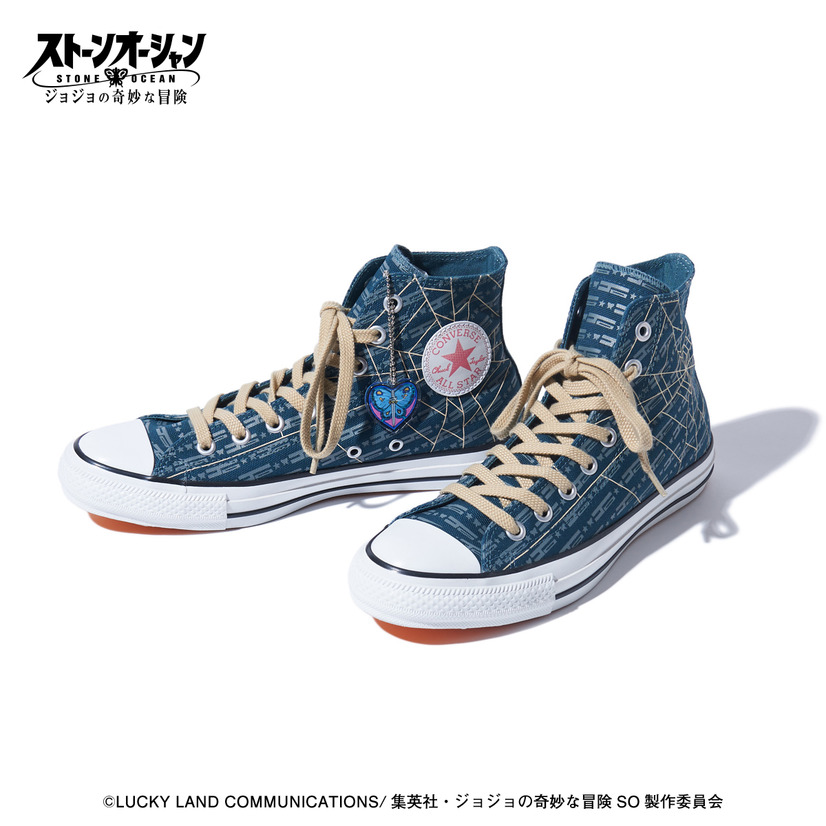 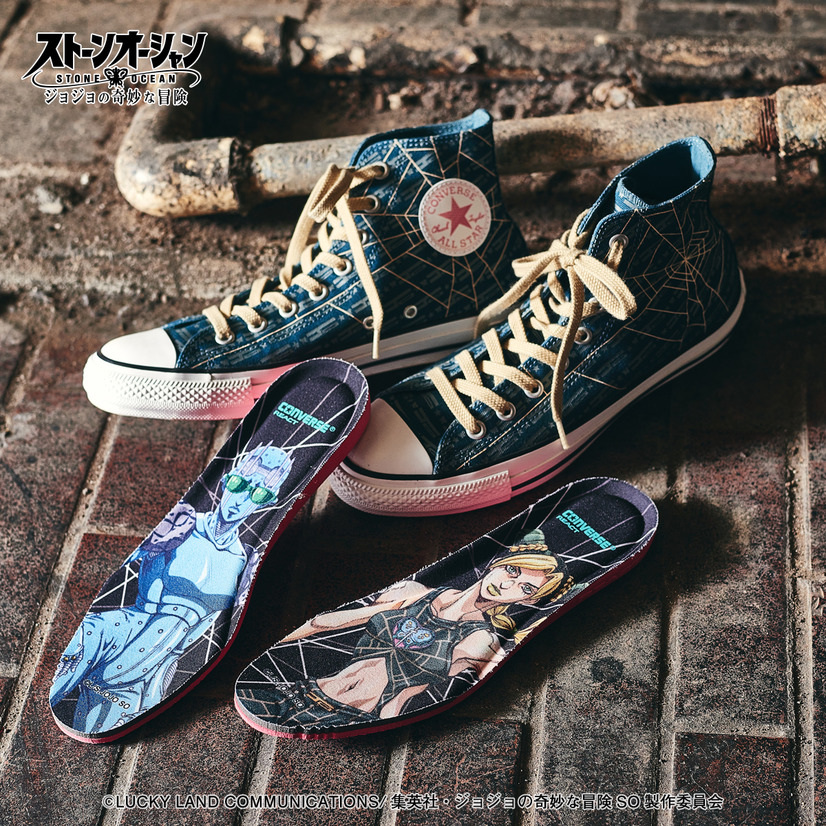