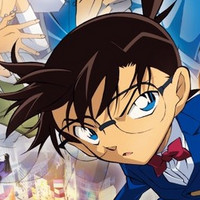 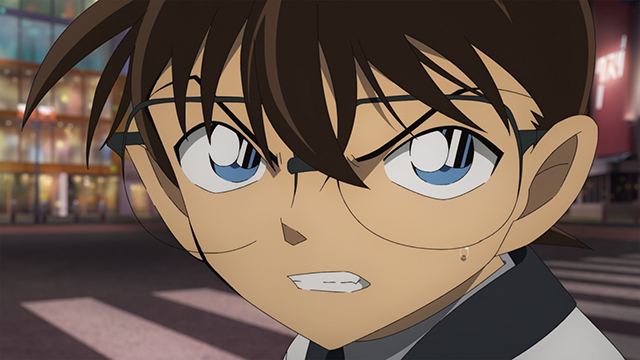 The official website for the Detective Conan anime franchise's next 25th feature film Detective Conan: The Bride of Halloween has finally released a main visual that features all the main characters against the backdrop of the streets of Shibuya illuminated by the full moon.

The visual shows the members of the police academy group who have already been martyred with Rei Furuya - Jinpei Matsuda, Kenji Hagiwara, Kagemitsu Morofushi, and Wataru Date, as well as Conan Edogawa and the rest of the Detective Boys, Detective Wataru Takagi in a tuxedo, Detective Miwako Sato in a wedding dress, and Detective Yuya Kazami of the Public Safety Bureau, Furuya's right-hand person. The newly-revealed tagline is "Protect the Truth to the End - The Destined Scramble Lit by Fire!!" 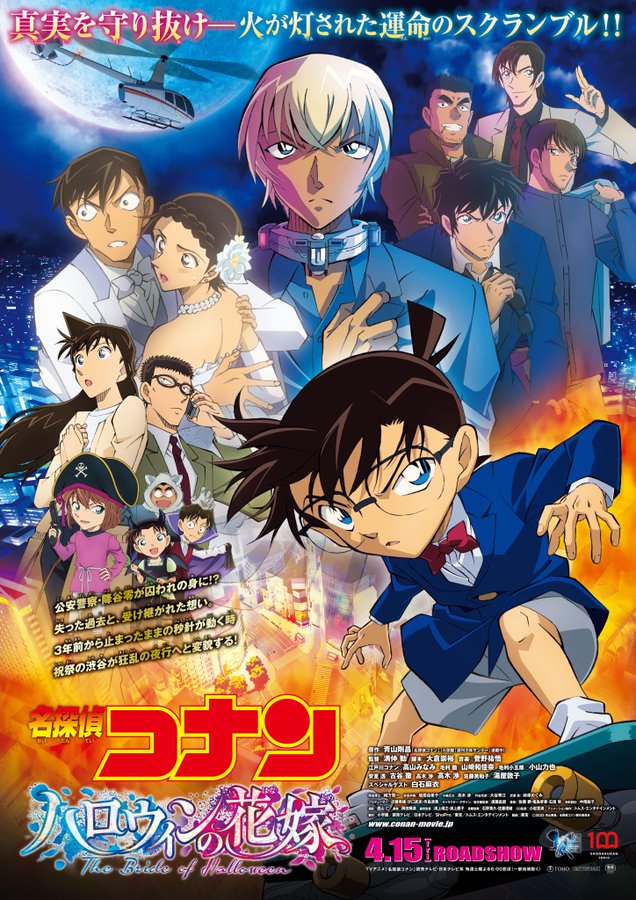 The site has also posted a message from Gosho Aoyama, the original author of the Detective Conan manga series as below:

Hello, I'm Aoyama! This time, the stage is Shibuya! Shibuya means scramble crossing! The story is about two detectives, Takagi and Sato, and five of Amuro's classmates from the police academy intersect... Conan will unravel the scattered mysteries by focusing them on the dot! Well then everyone, Trick or Treat! (Watch the movie or I'll play trick on you~♪) Just joking (laugh).